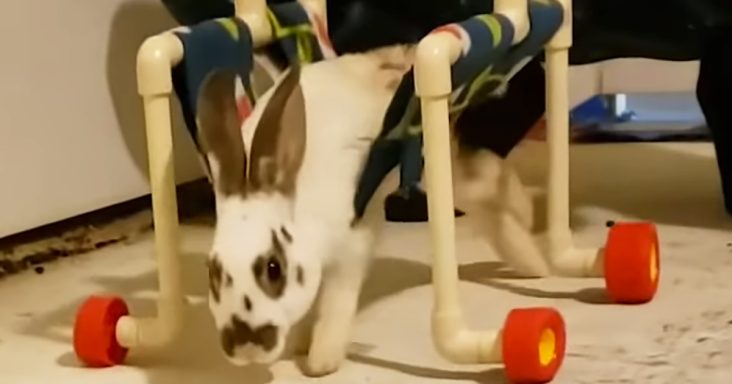 Desi, the bunny, was paralyzed after being hit by a car when he tried to escape a bunny hoarder’s property. Live Freely Sanctuary convinced the bunny hoarder to give them Desi.

Most people thought Desi wouldn’t be able to walk again. Tanya of Live Free Sanctuary saw early on that Desi’s feet were twitching slightly. She took that as a sign that he had the potential to regain his movement.

Desi was given constant physical therapy, and he always showed progress and determination. Tanya did a lot of research on what was involved in making a wheelchair for a bunny.

A custom wheelchair was constructed for Desi, and they tweaked it when it needed adjustments. Desi quickly got used to the wheelchair, and he would even chase the cats around.

At the sanctuary, they called him “Desi Zoom Zoom” because he would constantly be zooming around. Everyone was happy that he remained so spirited. After a while, they noticed he could stand on his own.

Desi was even knocking down his own wheelchair as if to say he didn’t need it anymore. Tanya cried when she saw him hopping around for the first time.

When bunnies are happy, they will do something called a binkie. It is as if happiness is bursting straight out of them. Desi has been doing a lot of binkies and has been out of his wheelchair for around seven months. 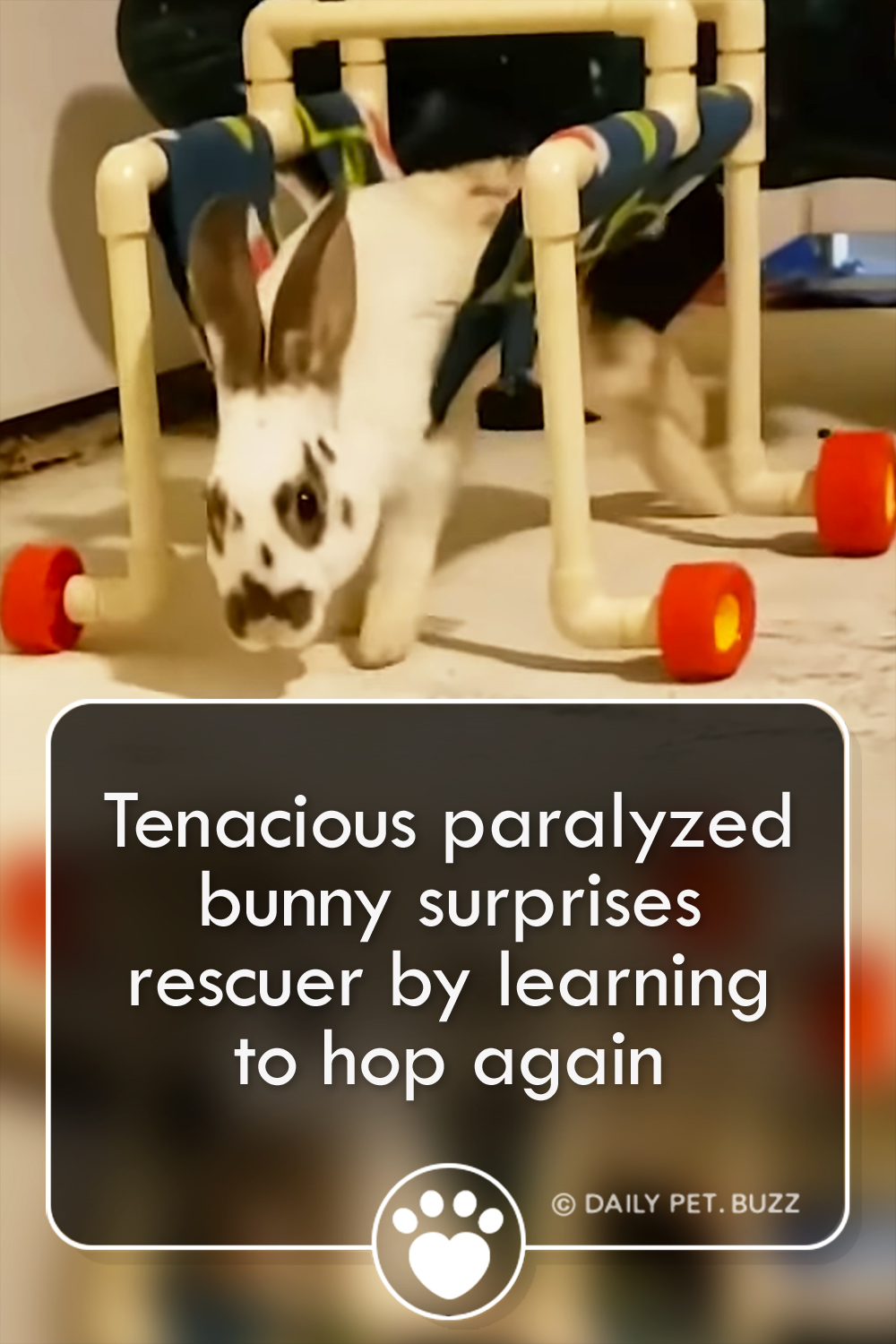