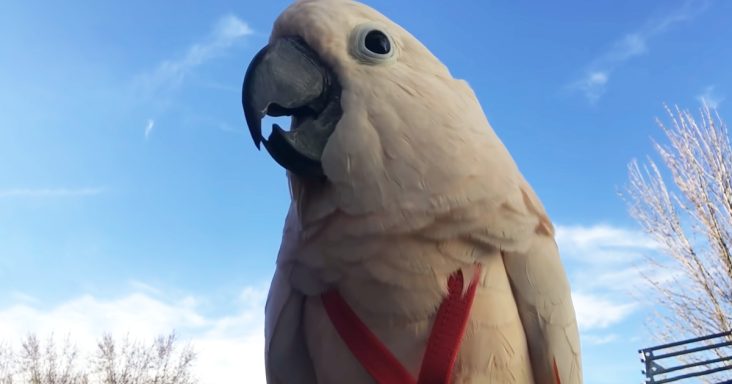 Gotcha, the Moluccan Cockatoo went for a walk with his human mother. He was very talkative while they were outside. After their walk, they had a playdate with another cockatoo.

They sat on the grass, and Gotcha looked around curiously while saying whatever came to his head. It was a beautiful day with a cool breeze, and clear blue skies stretched endlessly.

The other cockatoo was named Tootie, and she wasn’t as talkative as Gotcha. Sometimes, he was so loud that his friend had to ask him to quiet down or whisper.

Gotcha’s pristine white feathers were dancing with the wind, and he talked about what he wanted. He often repeated, “I want mom.”

When Gotcha’s friend said something smells like a restaurant, he replied, “I smell a diaper.” He obviously understood most of what they were saying, and he had a lot in his arsenal of words.

At one point, a bag rolled down the street, and Gotcha watched it with unblinking eyes. There were so many things to see, and he said, “I saw a dead bag.”

Gotcha loved being near his human friend and enjoyed all the hugs and kisses he got from her. She brought him close whenever he got excited, and Gotcha became quieter and calmer. 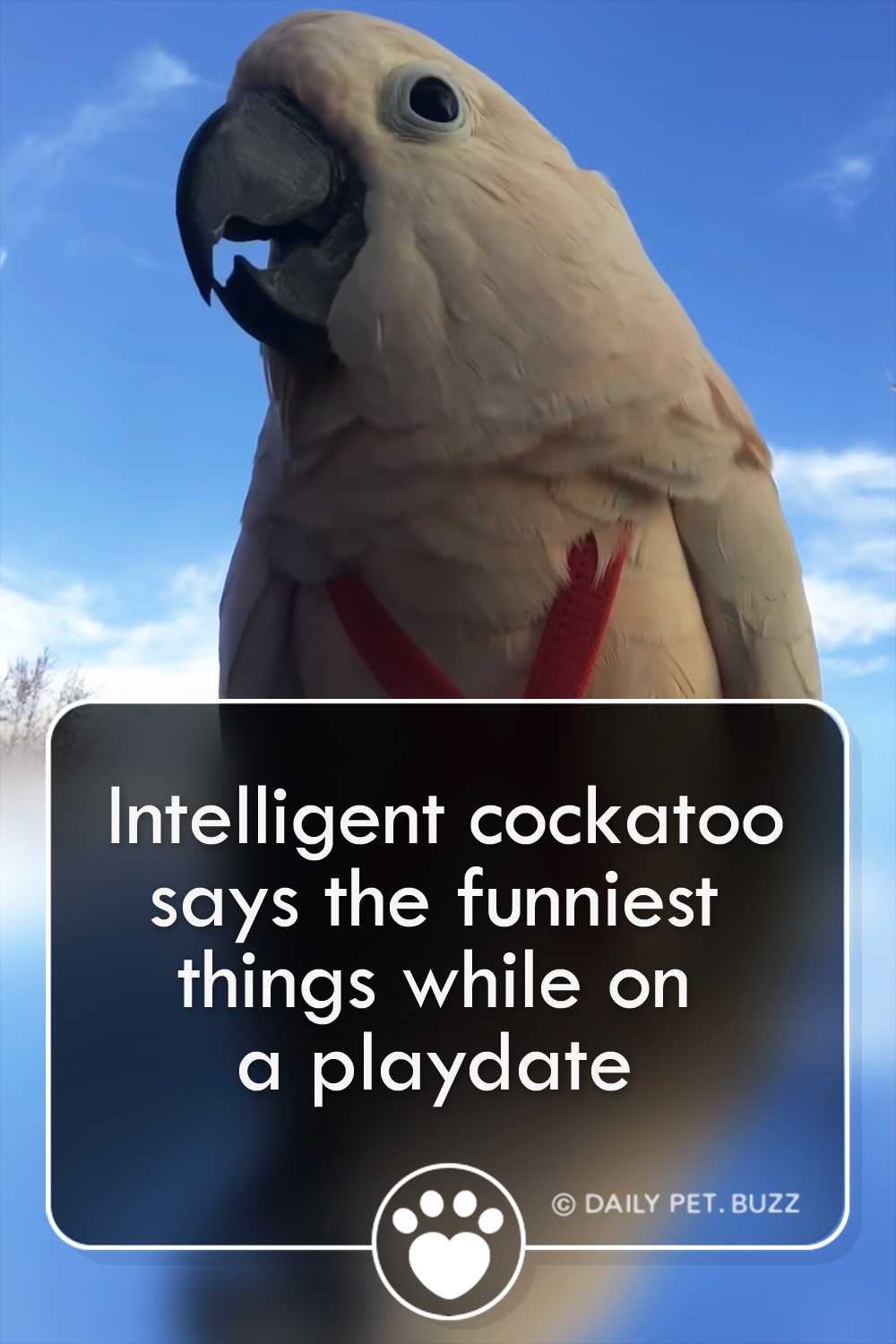