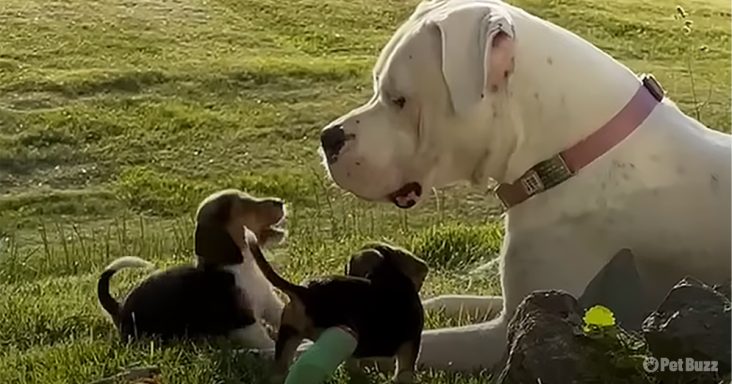 A dog can do many things you cannot even imagine. One such task is playing the role of a nanny. Whether a human child or a baby animal, dogs can be one of the best nannies you can ever encounter. 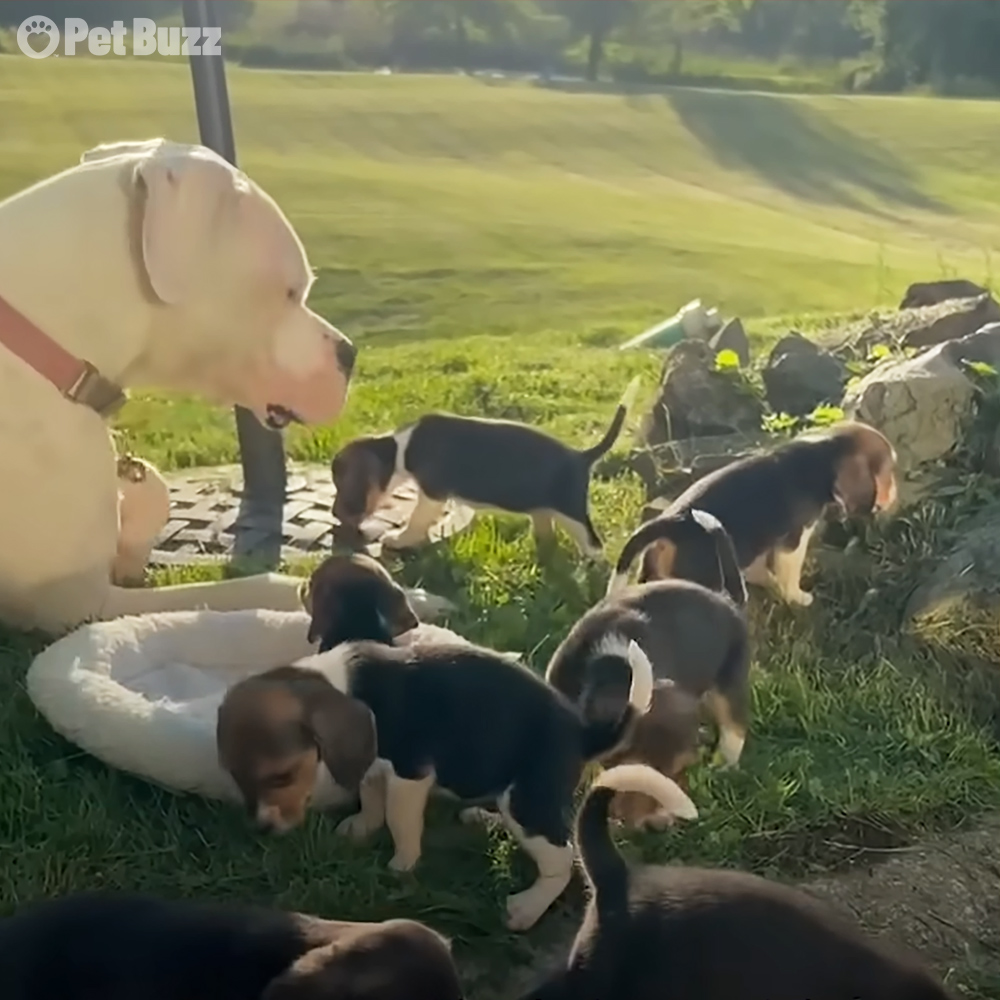 This statement was recently proved by Jasmyne, a 100-pound Pitbull. Elli found Butter, a Beagle, in a warehouse breeding facility, where the poor dog had spent her entire life. When Elli rescued Butter, the Beagle was wholly shut down from stress.

During the rescue, Butter had seven puppies with her. The poor dog was so stressed that she refused to look at Elli. The rescuer could feel that Butter was going through an internal struggle. Her puppies would scamper all over Elli’s house. One-half of Butter wanted to run after them, and the other half feared Elli. 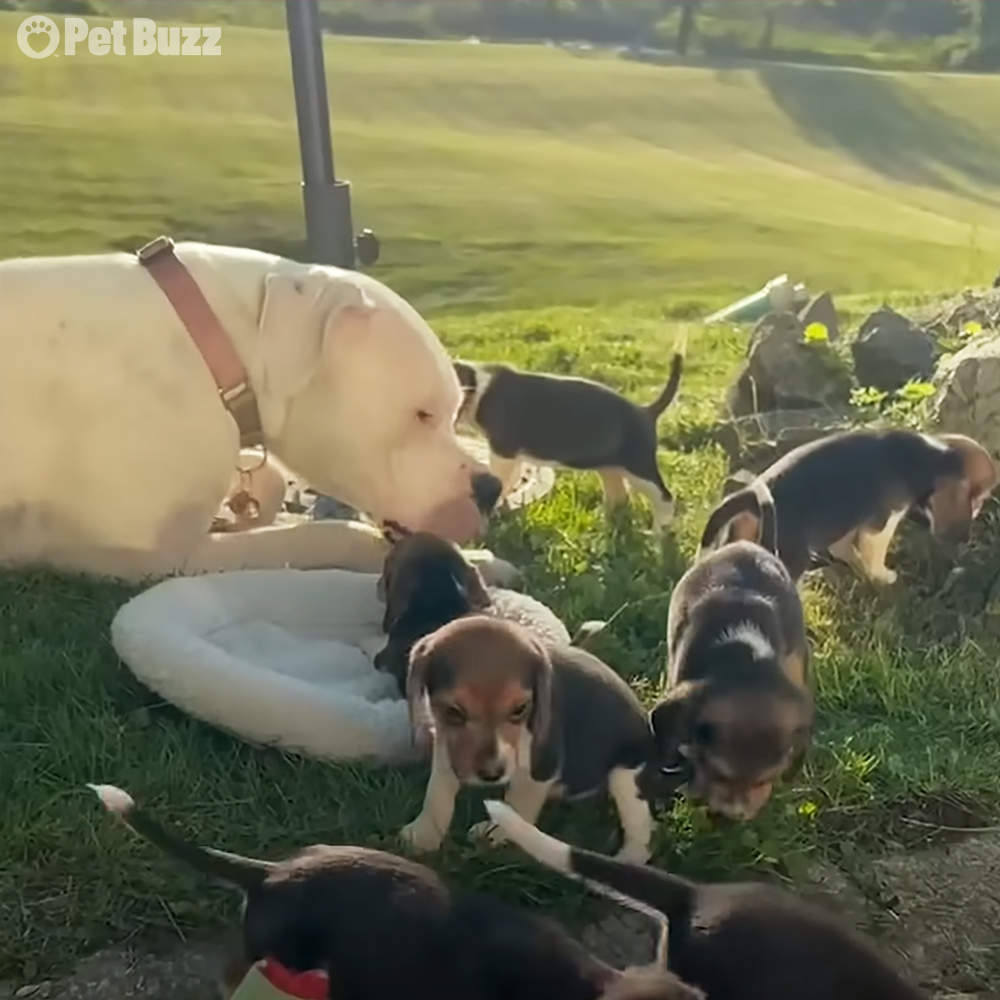 While Butter took her time to get out of her shell, Elli’s Pitbull, Jasmyne, stepped in as the perfect nanny for the seven puppies. Although the 100-pound Pitbull loved puppies, she could easily get startled since she was deaf. Jasmyne acted like a lunatic while playing with big dogs. However, she was very gentle when she was around the puppies.

Jasmyne looked at the puppies differently. She became the perfect nanny for the puppies in different aspects. Despite her size, Jasmyne was very nurturing and gentle with the pups. She would roll and allow the seven puppies to crawl all over her body. The puppies also loved Jasmyne since she was a great mama dog. 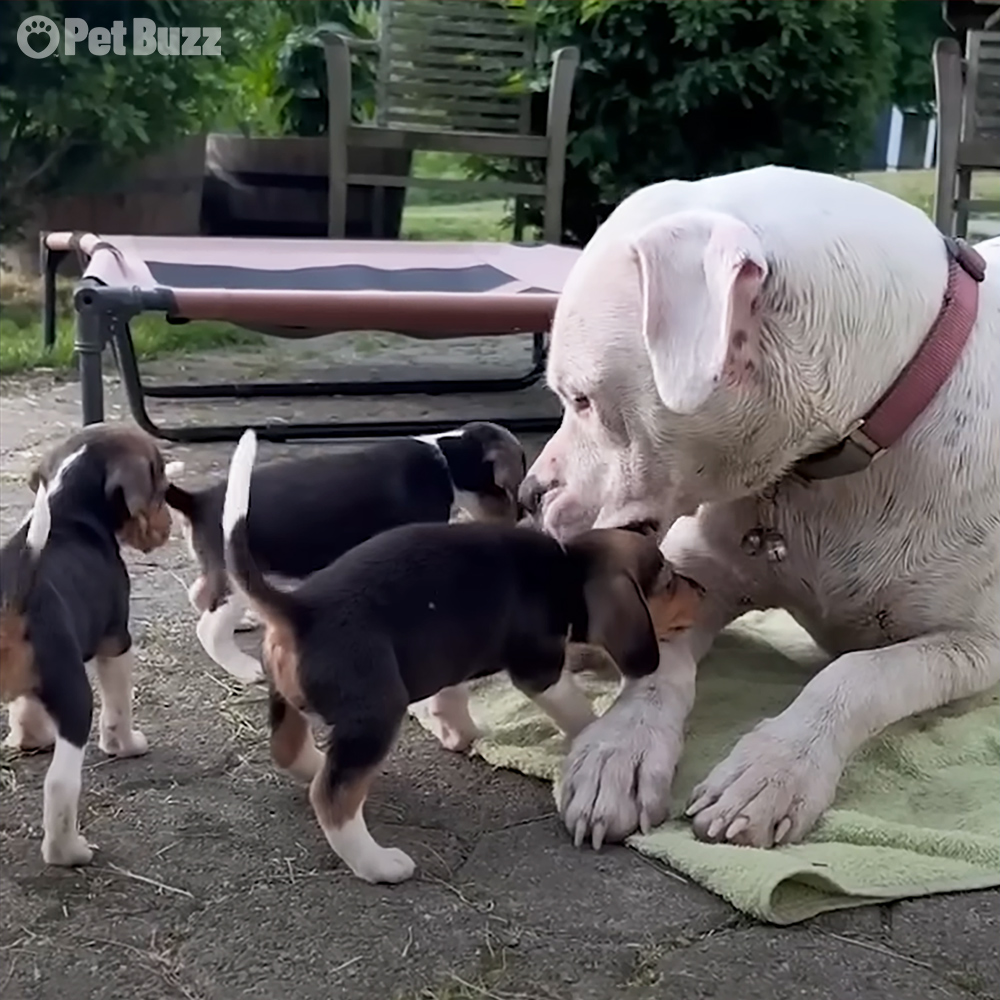 Jasmyne always made it a point to ensure where the puppies were. She would always start her day by ensuring the puppies were in their place. The naughty puppies would nibble on her paws and play on her face. The Pitbull helped Elli get some time to spend with Butter and not look after the puppies. This helped Butter come out of her shell very quickly.

Soon all the babies were adopted by loving, caring, and empathetic families. Butter was always grateful to Jasmyne for looking after her babies while trying to heal mentally. She happily embraced her future. 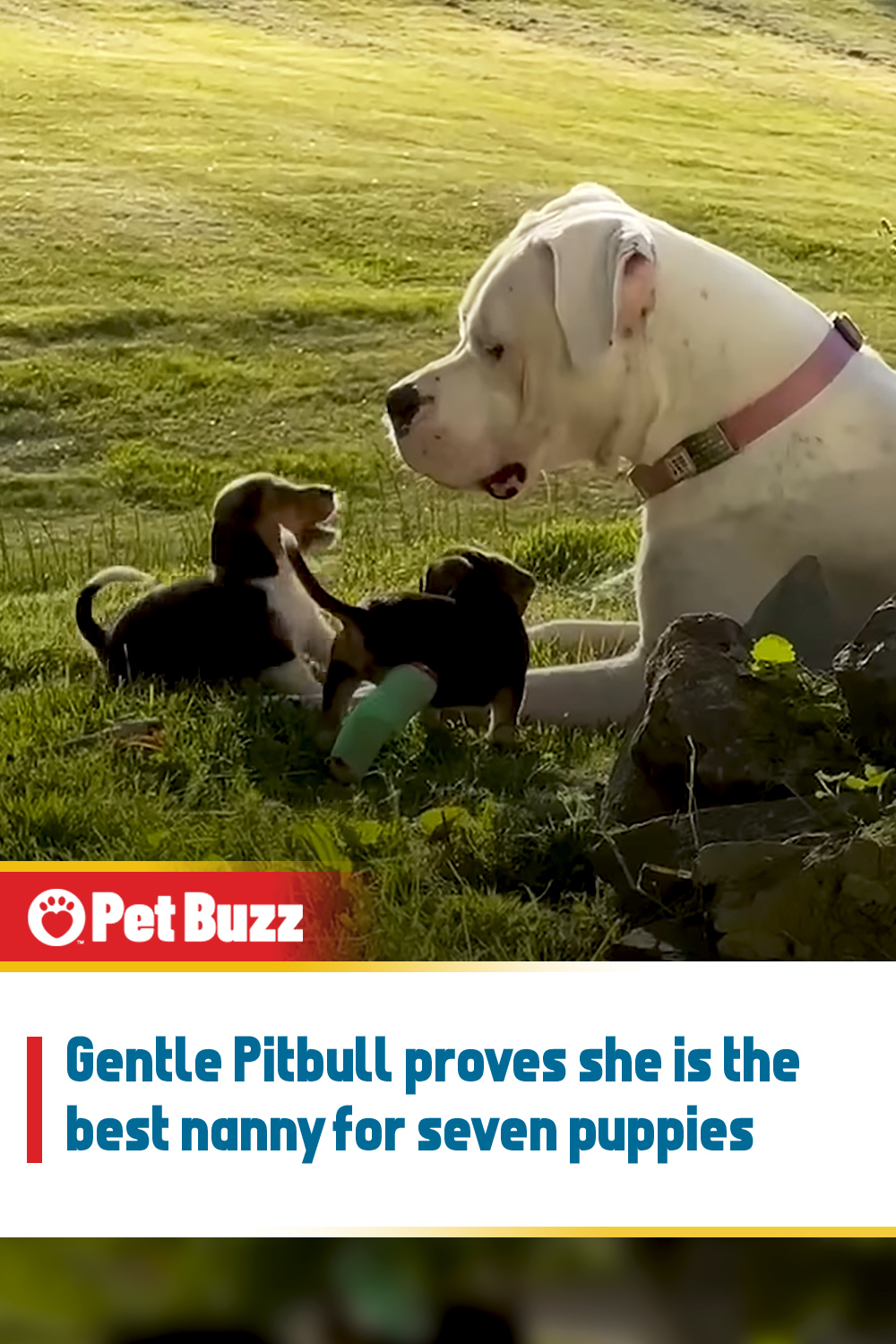