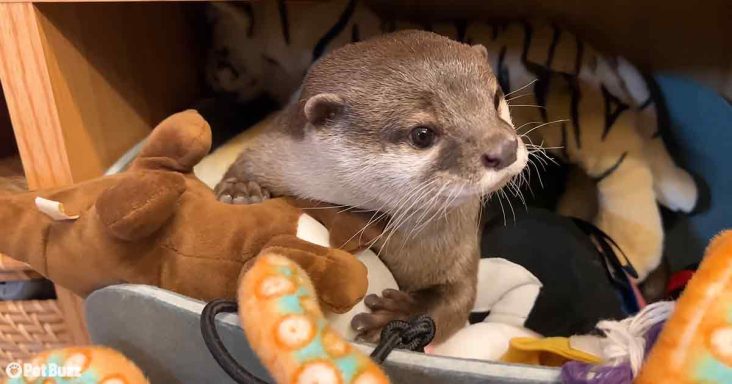 Even at the most exciting households, days tend to fall into a routine. When routines are interrupted, humans and their fur babies can get unhappy. That was the case for the otter, Hana.

It seemed like a typical day for the two otter siblings, Hana and Kotaro. After a long day of playing, the two little ones enjoyed a tasty dinner of their favorite kibbles.

After she finished her meal, Hana wandered over to the sofa. Most days, she and her dad would take a short nap together after she had dinner, but that day, her dad had to leave early for work.

So, Hana was left behind. Like a grumpy toddler, the otter decided to throw a pity party. But even when she was sulking, Hana was still as adorable as she always was.

When she realized her dad would not be joining her for a nap, she buried herself in her chest with all her stuffed animals. When Hana’s mom checked on the grumpy otter, Hana refused to come out.

Later on, when her brother Kotaro played in the pool outside, Hana continued to pout. She hid in a crate in the corner of the deck as if in protest.

When their dad finally came home, Kotaro and Hana bombarded him with attention. The second he sat down, Hana made sure to curl up in his lap and give him a big otter hug. 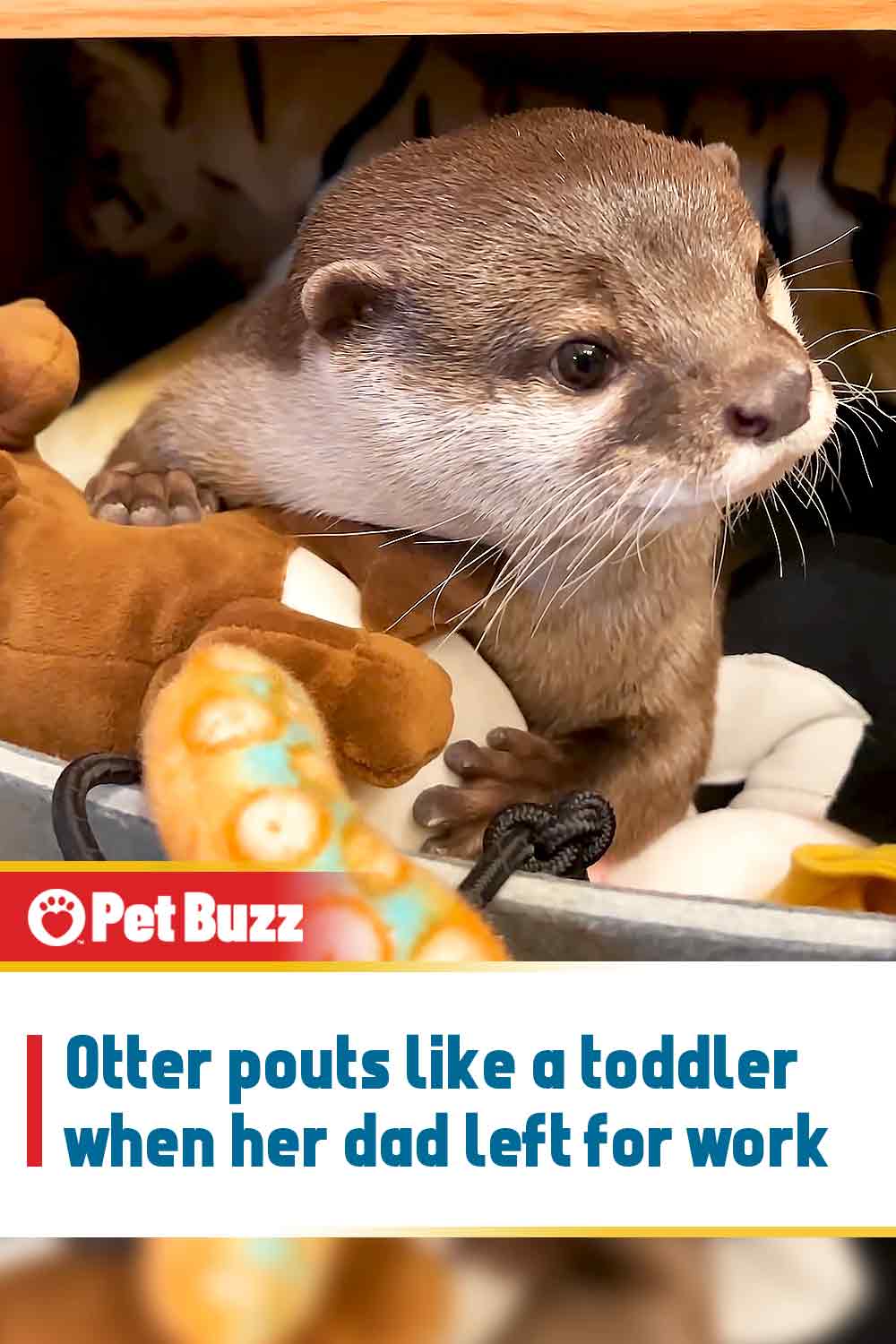