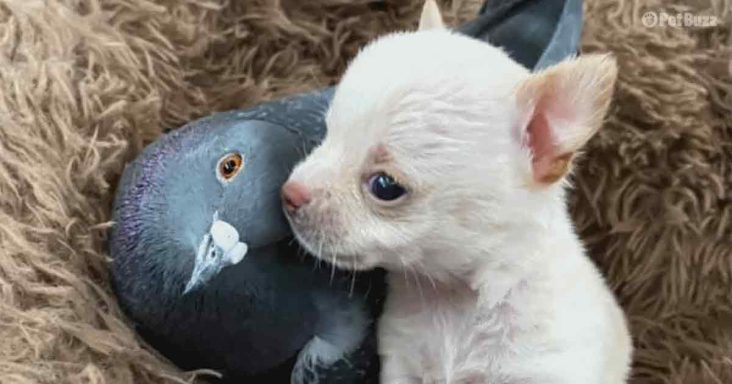 Sue Rogers of The Mia Foundation took in Herman, a pigeon, after she found that he couldn’t fly. Their foundation takes in a lot of puppies, and Herman soon became one of the dogs.

Two years ago, someone called Sue and asked her to save a pigeon that had been in a parking lot for several days. Sue found Herman, and he had a weird head tilt and was starving to death.

Herman had survived a virus called PMV which many pigeons get. Despite his recovery, he would never be able to fly again. The places Sue reached out to said they were most likely going to euthanize him.

She knew he was not releasable, so Sue decided to keep him. Herman became a spoiled pigeon. Whenever Sue goes looking for Herman, she will find him curled up in a dog bed with one of the dogs.

He especially loves newborn puppies and will always have the same reaction to being around them. Herman will snuggle with them and even try to preen them.

Eventually, the puppies grow up and are put up for adoption, and then new ones will come in. Herman always has babies he can help take care of.

Sue wants to make his life as meaningful as possible. She says that pigeons get a bad rap when they are actually amazing, intelligent, sweet, and loving. 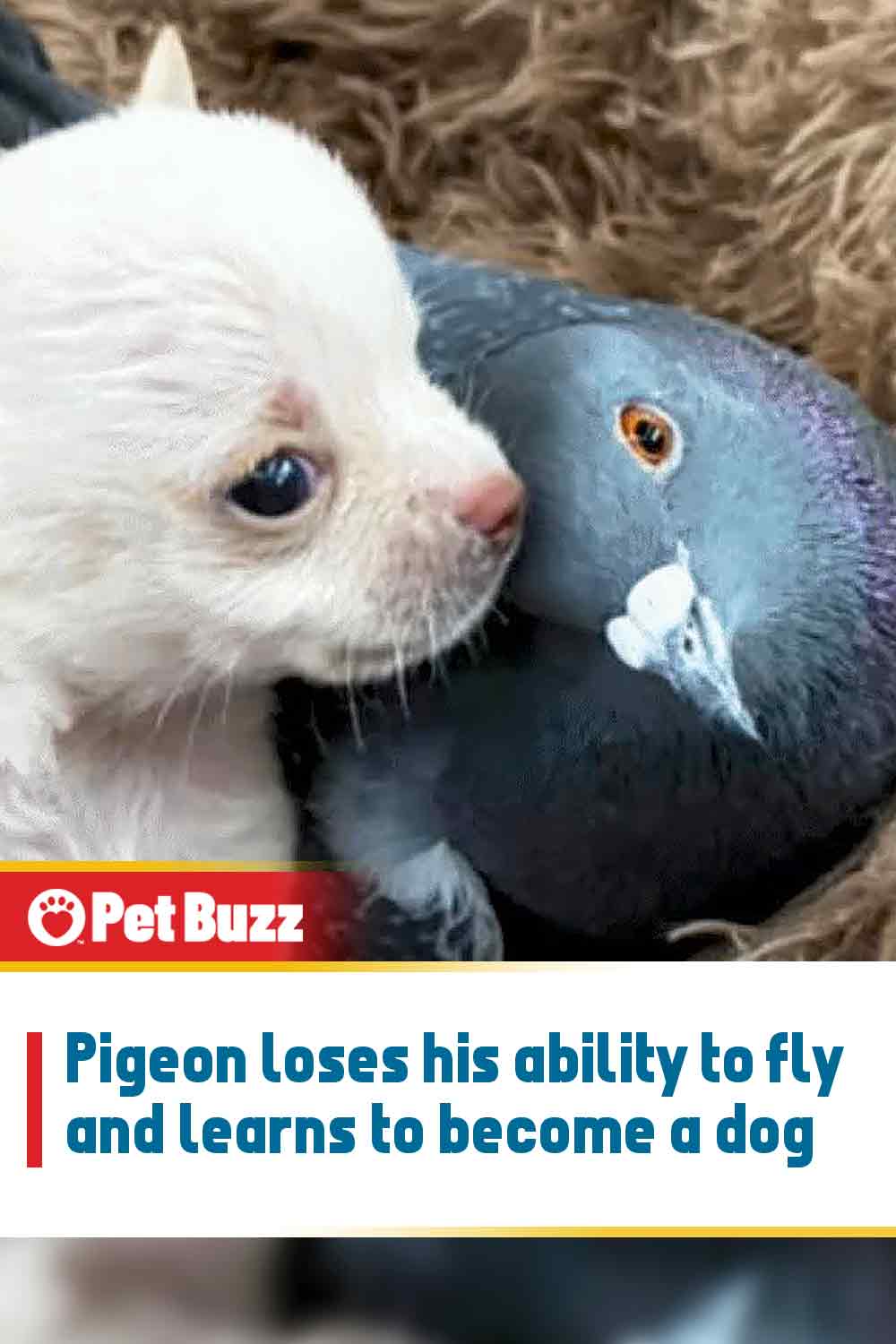