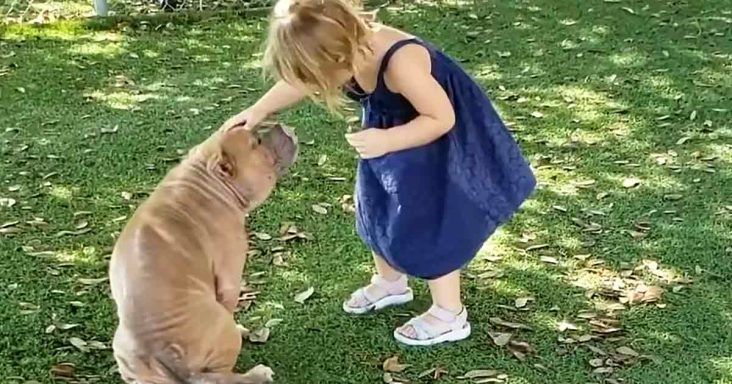 Audra’s 2-yeard-old daughter, G, refused to go home from the shelter unless they brought home a sick Pit Bull they met. G saw the shaking dog and pointed at her.

All she wanted to do was meet her, and the dog came up to the front of her kennel. She smelled of mange and had snot running down her nose.

G said, “Mommy, that one,” asking to let the dog out. When the Pit Bull was let out, she started to panic and wouldn’t move. G was patient with her, and eventually, the dog began to walk with the little girl.

Audra watched as G captured the heart of the terrified dog and the Pit Bull did the same to her daughter. She followed G everywhere she went, and it already seemed like she desired to protect her.

G knew the dog was sick, and she wanted to do everything to help her. She wiped the dog’s snot with her dress. Lots of hugs, kisses, and belly rubs were given in their brief moment together.

They put the Pit Bull back in the kennel, and G asked to take home the dog because she needed help. G got her way. They adopted the Pit Bull and named her Scarlet.

A week later, Scarlet was getting a lot better. She never left G alone, and they quickly became best friends. Audra knows that her daughter is special and has an incredible sense of love and kindness. 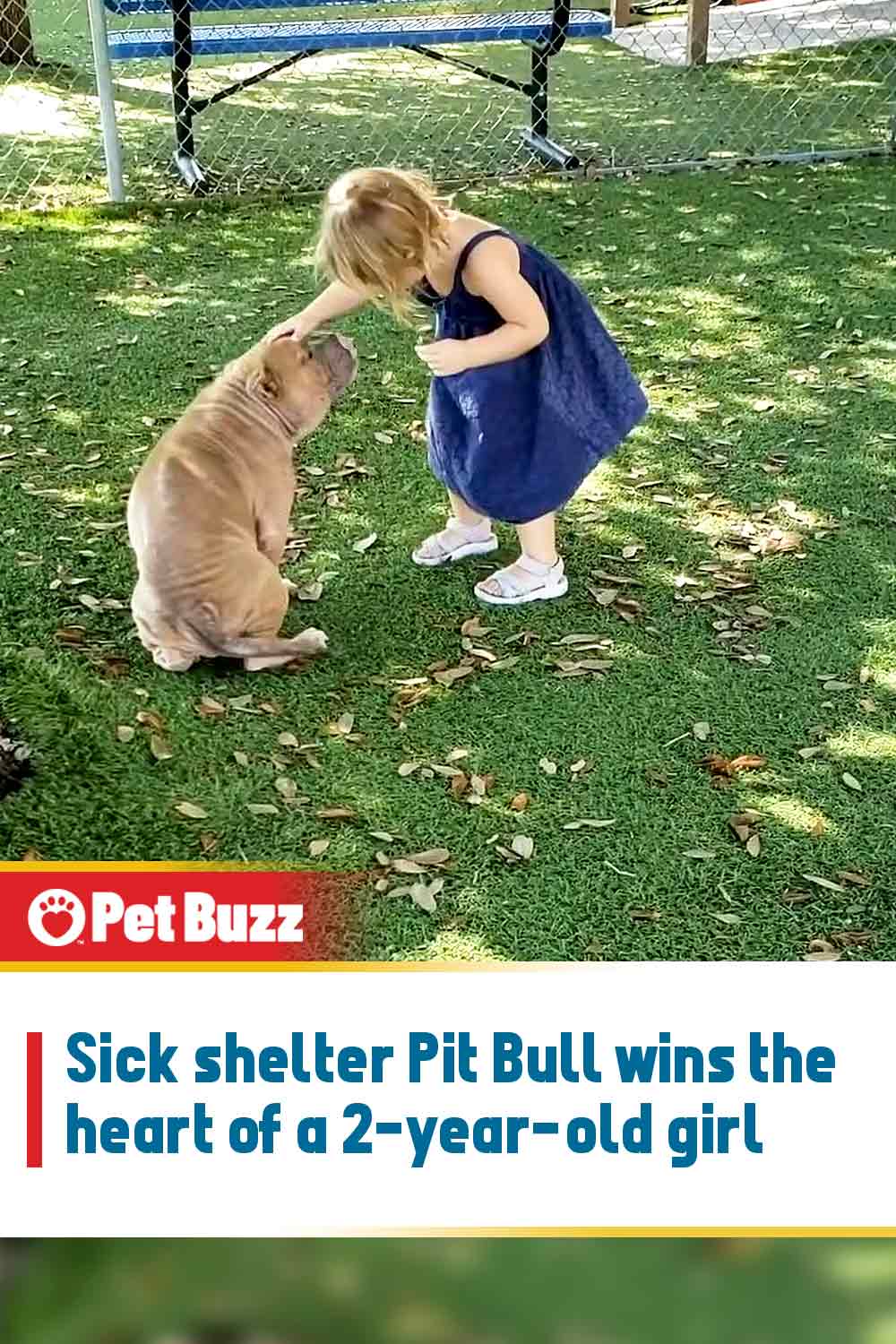