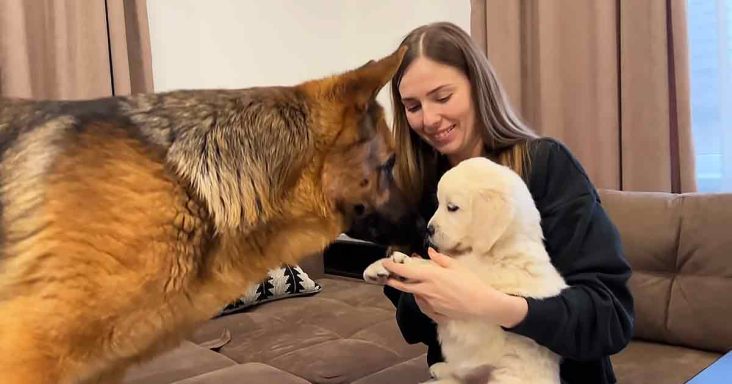 Rocky, a German Shepherd, is both curious and excited when a Golden Retriever puppy is carried into the living room. The puppy is restless and quickly jumps onto the couch.

It isn’t long before the two dogs get acquainted with each other. The Golden Retriever explores the couch while his tail shows how thrilled he is.

Meanwhile, Rocky is doing his best to get familiar with his new friend’s scent. He greets the puppy as all dogs greet each other, and eventually, the puppy starts to smell Rocky as well.

They begin walking in circles, and it becomes clear how much larger Rocky is compared to the tiny Golden Retriever pup. Rocky remains calm and curious as he watches the small dog in front of him.

With such a vast couch, they have enough space to roam around and play. The puppy is definitely more energetic than Rocky, and he starts hopping around. He wants to get Rocky to play with him.

The puppy licks himself and does successfully get Rocky to play with him. It is a fun time for both of them, and the puppy is so tiny he can walk through Rocky’s legs.

Both dogs calm down a bit, and the puppy lies on his back while playing with Rocky’s face. Their first meeting was a success, and they’re sure to be friends for a long time. 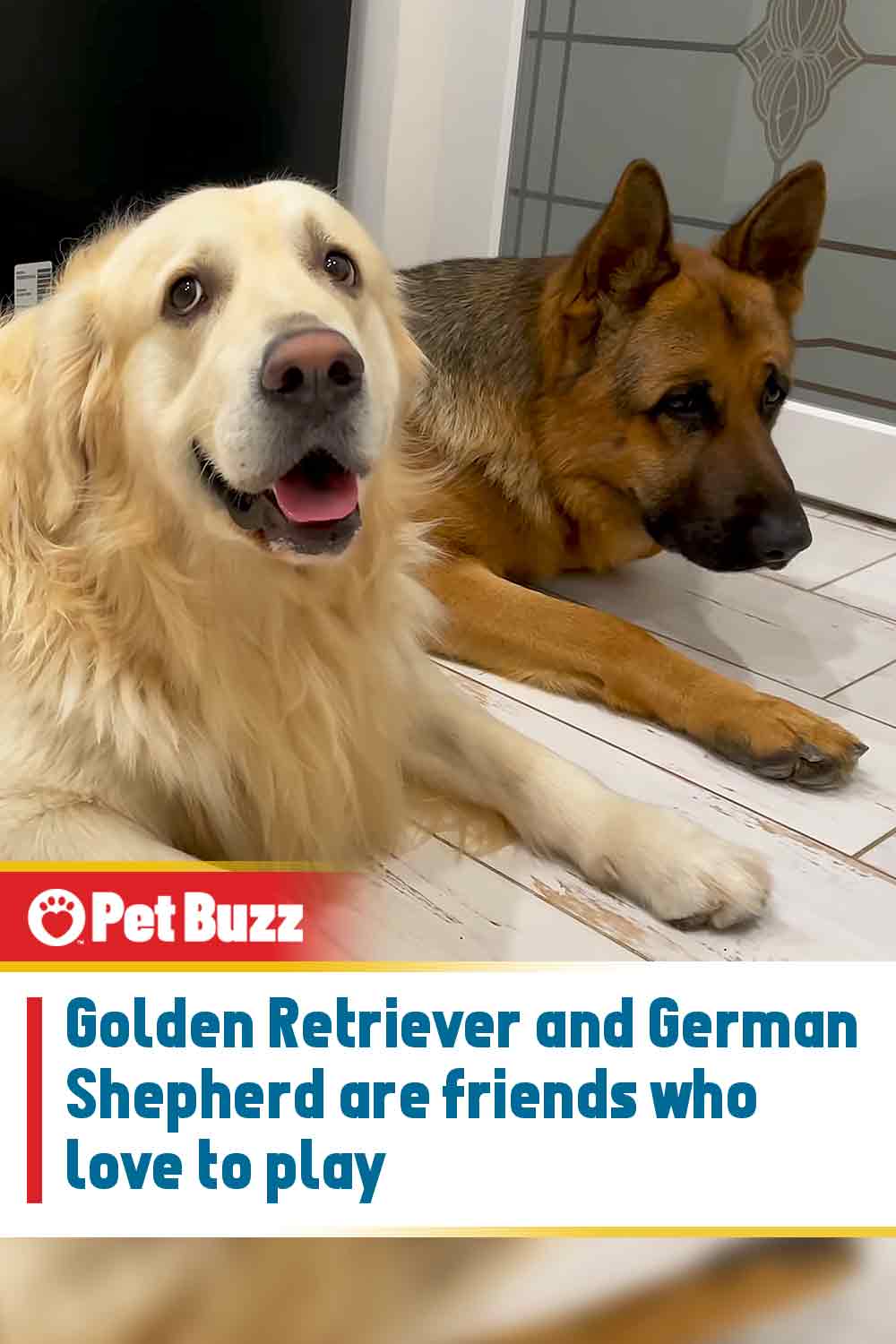