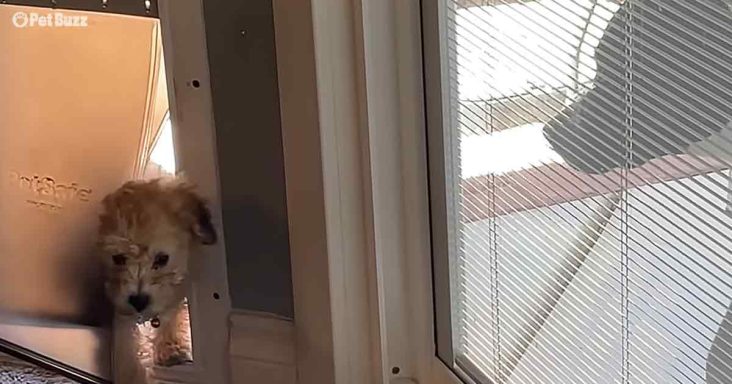 Willow, a tiny puppy, was taught how to use a doggy door by her older sister, Blue. The humans made many attempts to teach Willow to get through the door, but they didn’t work.

One day Willow was courteously sitting outside the backdoor. It was made of clear glass from floor to ceiling so she could see everything from where she stayed.

She was a tiny puppy with beautiful brown curly fur, and a red collar was around her neck with a matching bell. Willow started to scratch at the door, asking to be let in.

The door wasn’t opened because she would have never learned if they had let her in that way. Willow’s sister appeared behind her and walked past her.

Blue was a much bigger dog with majestic black fur. She stopped by the doggy door and looked at Willow to make sure she was watching. They communicated with each other without a single noise.

Willow looks at Blue with a confuddled look, but she walks closer to her anyway. She knows her older sister has a lot of wisdom to share with her.

Blue nudges the doggy door slightly to show Willow what to do. Then Willow scratches on it as she did on the backdoor, and eventually, she pushes her entire head through. Once she’s inside, she joyfully walks around triumphantly. 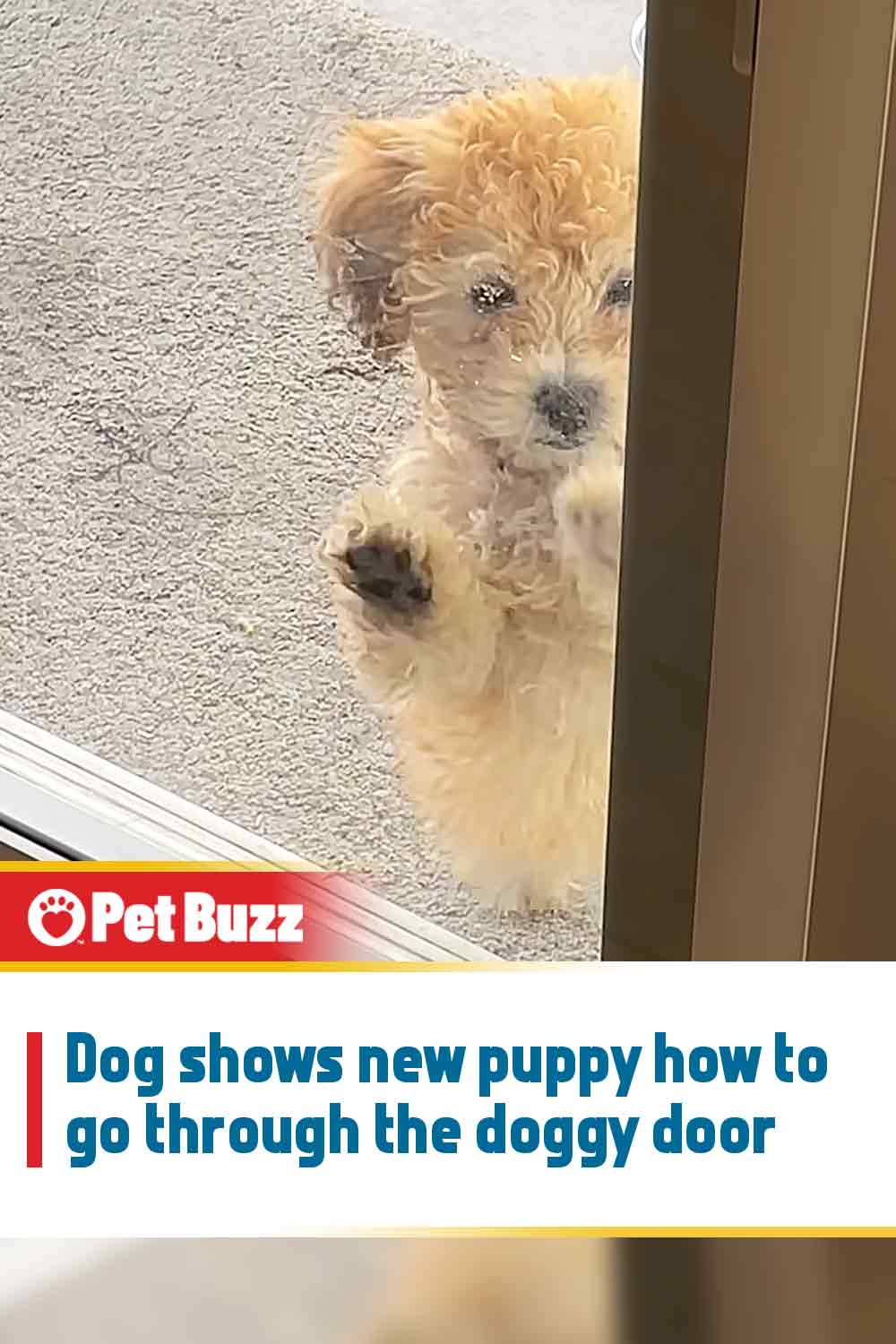