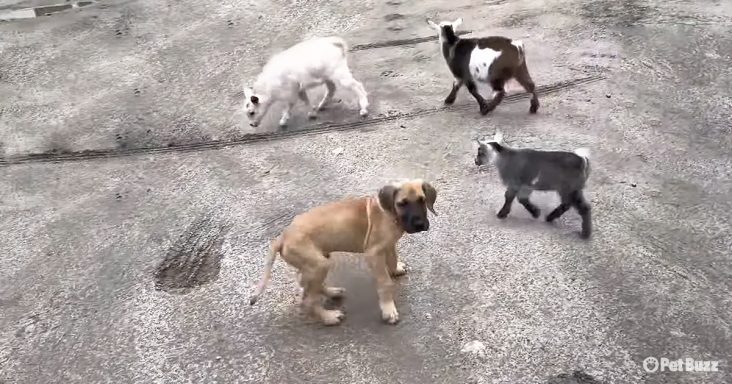 Arthur is an 8-week-old Great Dane puppy who joined the family at Sunflower Farm Creamery. When they went to pick him up, he was in the middle of a pile of puppies.

The puppies were all whining, crying, and wagging their tails. Arthur was led out and brought to the car. He had massive paws, and he enjoyed the ride to his new home.

At the farm, there were so many animals to meet and vast areas to explore. It was a bit overwhelming for Arthur, but he was determined to see as much as possible.

He began by playing and sniffing in the grass, and he met other dogs named Grace and Franny. The barn of baby goats was nearby, and they slowly shuffled out to meet Arthur.

The Great Dane pup was nearly as big as the baby goats. They happily ran back and forth together. Arthur then said hello to a pig named Sanford. All the animals were thrilled to meet their newest family member.

More baby goats gathered outside and were curious to meet Arthur. There were dozens of them now, and Arthur’s tail was wagging with pure excitement and amazement.

By the end of the day, Arthur was tired and satisfied with what he had accomplished. He curled up in bed with their Saint Bernard watching over him. 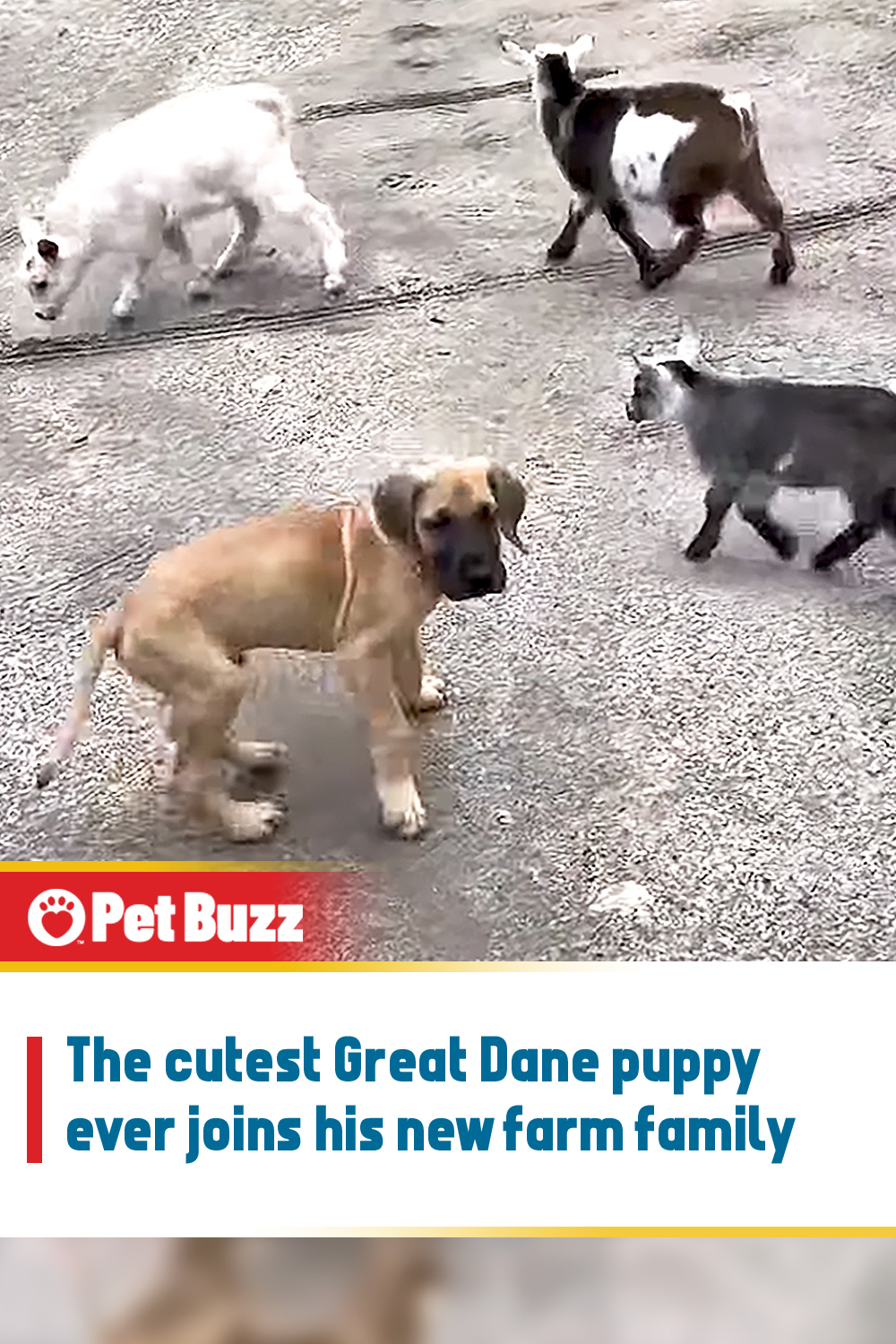