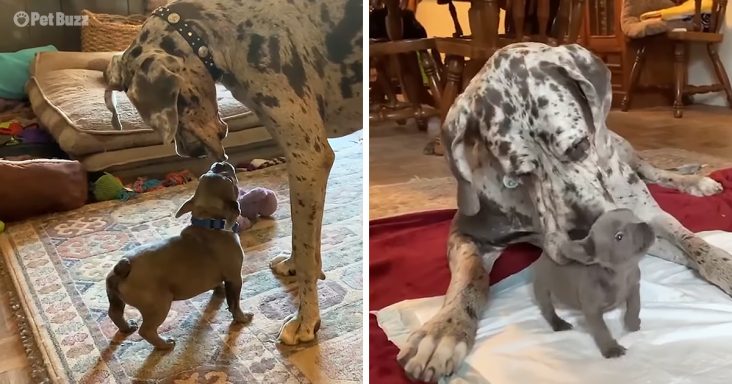 Levi, the French Bulldog, is the smallest dog with the most giant best friend, a Great Dane named Shelby. When Levi was born, the vet said he was too tiny.

His foster parents weren’t sure he was going to make but. Levi felt tired all the time and couldn’t keep his head up. Thankfully Shelby was there, and she was a massive friend watching over him.

Shelby was fascinated by Levi’s size and had probably never seen a dog that small. She gave him the attention he needed, and over time Levi wasn’t tired anymore.

Levi learned how to be a proper dog under the tutelage of Shelby. Then it was time for Levi to find him his forever home. Shelby missed him, and Levi missed her too.

There were other big dogs in Levi’s new home, and they didn’t want to hang out with someone so small. Levi was too cute to resist, and he wasn’t intimidated by larger dogs.

He learned how to play with giant dogs, thanks to Shelby. He was doing well with his new family, but Levi still missed his old best friend. Then they had a reunion.

Levi was proud to show Shelby was a big boy he had become. She was so proud of him, and it was hard to believe how tiny Levi used to be. 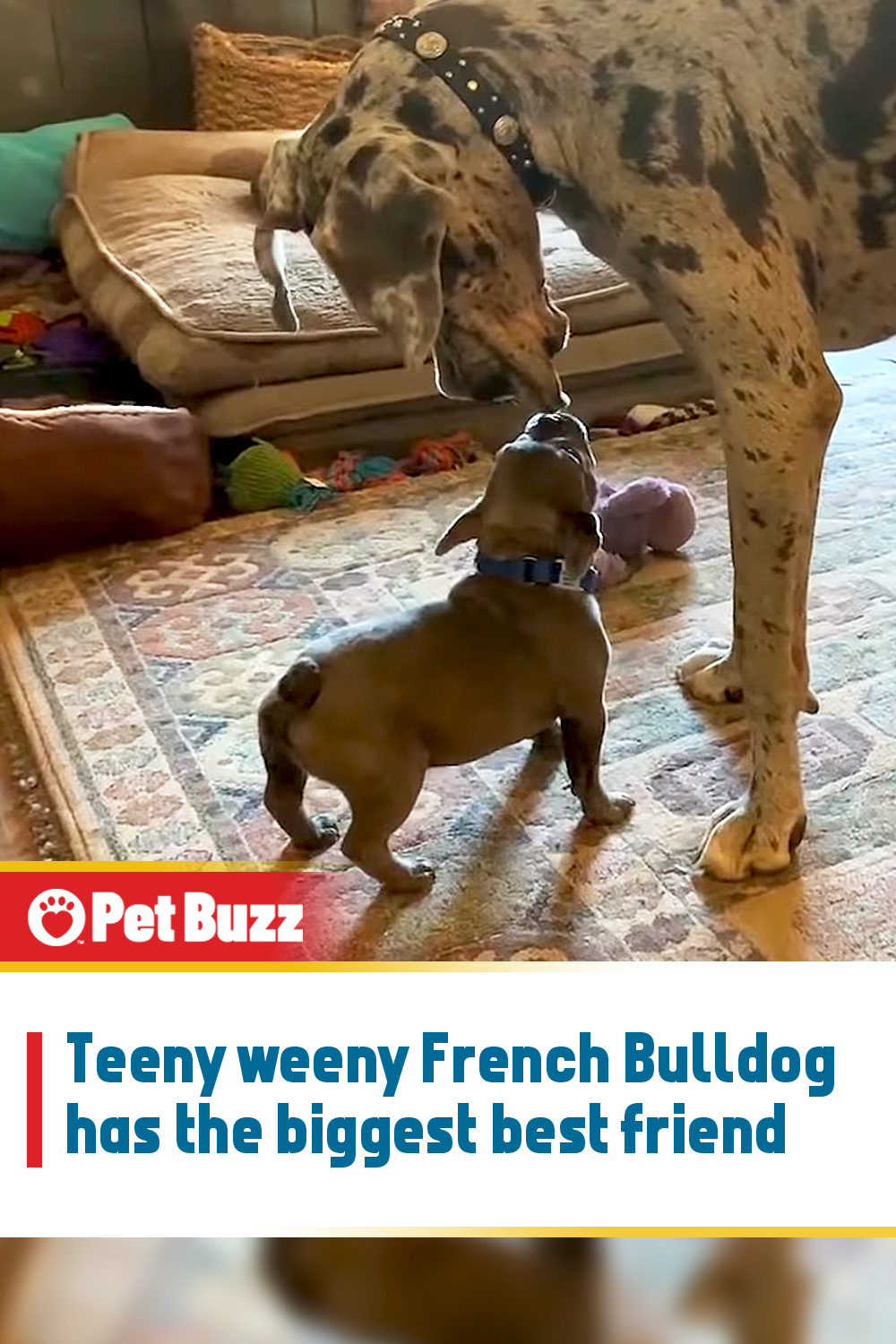