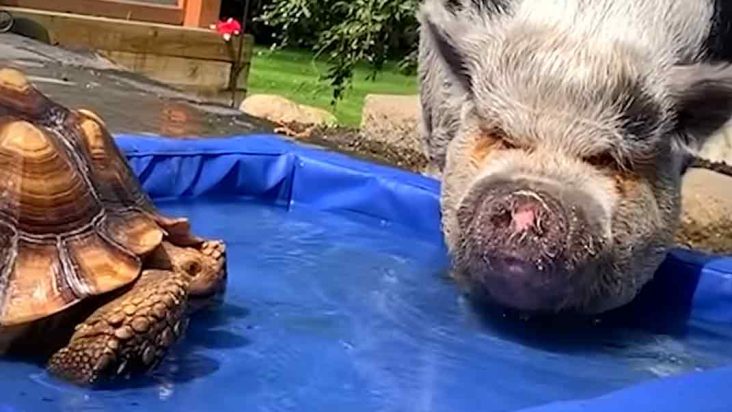 Cleveland, a rescue pig, has an unexpected best friend, a tortoise named Marion. Krista had two other pigs, but they were afraid of Marion.

When Marion and Cleveland met for the first time, Marion tucked her head and legs into her shell. Cleveland was very curious, and Marion came out after realizing Cleveland wouldn’t hurt her.

Five years ago, Krista took in Cleveland, who was found in downtown Cleveland. He had a skin infection and a fracture. Since Krista already had two pigs, she knew how to care for him.

Cleveland moved into the basement and started his rehab. Krista was only supposed to foster him, but it turned into a foster failure. He became part of her family.

Marion was adopted by Krista when she was still a baby. According to Krista, tortoises like being around others and having their shells rubbed. Krista was worried that Marion needed a friend.

After Cleveland moved out of the basement, he loved being outside with Marion. They do everything together and spend a lot of time in the pig pools Krista placed in the yard.

Krista says that Cleveland truly brought Marion out of her shell. Watching them together has brought Krista so much joy, and there is nothing else like their relationship. 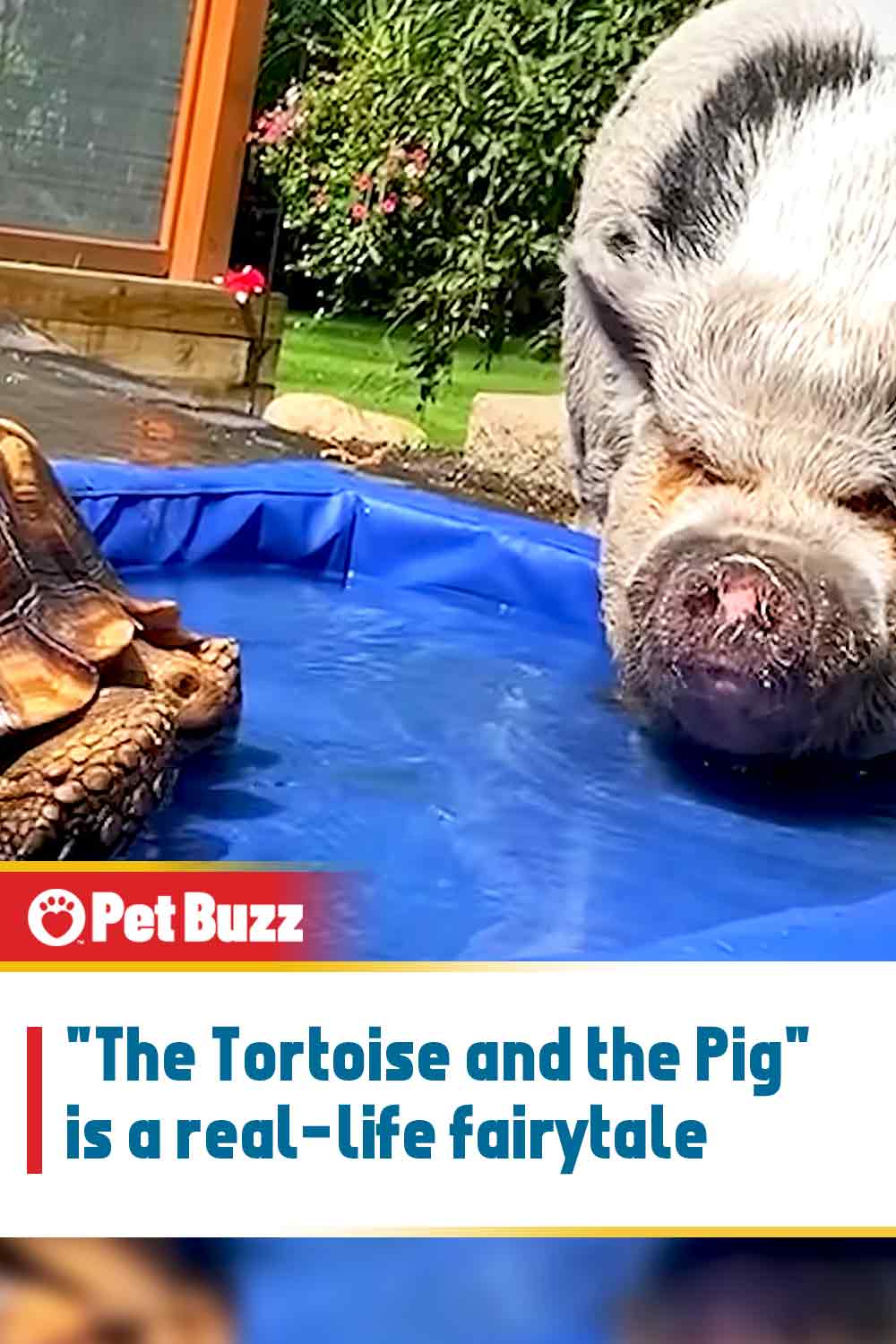