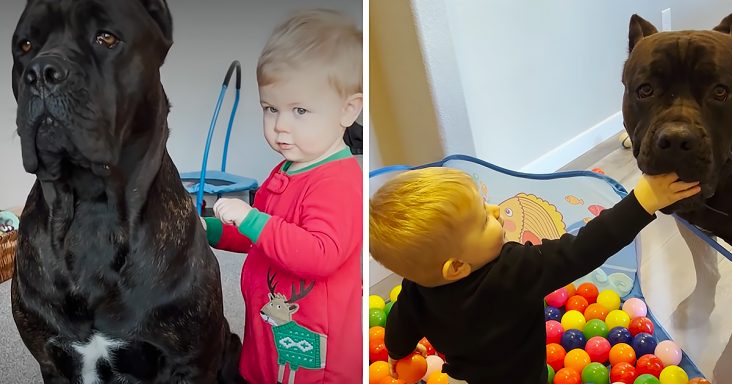 Drax is a Cane Corso who weighs 125-pounds, but he is the most gentle dog with his baby brother. People say he looks like a gorilla, and Drax is undoubtedly a big soft boy.

He was adopted when he was around eight weeks old, and his human mom was pregnant around the same time. It was surprising to see how Drax was always there by her side, and he became like a lap dog.

Then the baby was born, and they let Drax observe from afar. They focused on early socialization, and Drax didn’t mind watching from a distance. He loved to soak in all that he could of his baby brother.

When they were working on getting the baby to roll over, Drax would be nearby on his back, showing him how he should do it. Ever since the baby arrived, Drax had to always be by his side.

Drax and the baby were inseparable. After one year, Drax reached his full size, and the baby could walk. He probably walked early just to keep up with his dog friend.

When the baby got a ball pit for his birthday, he was in it with Drax all the time. They destroyed a lot of balls together, but it was well worth it for all the joy they shared together.

Drax showed his family how beautiful dogs can be. A child growing up with a dog can create such a positive effect on how they blossom. 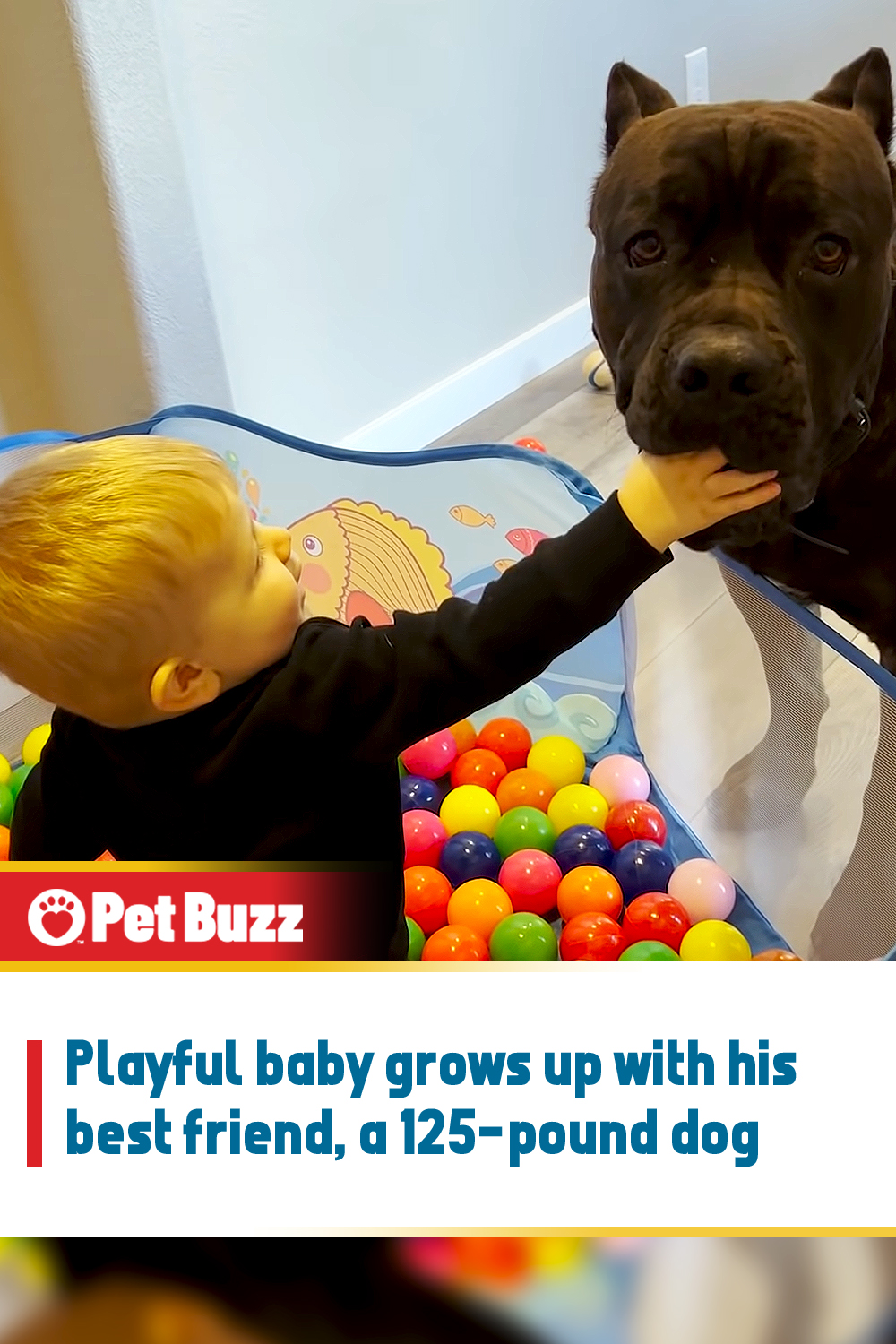