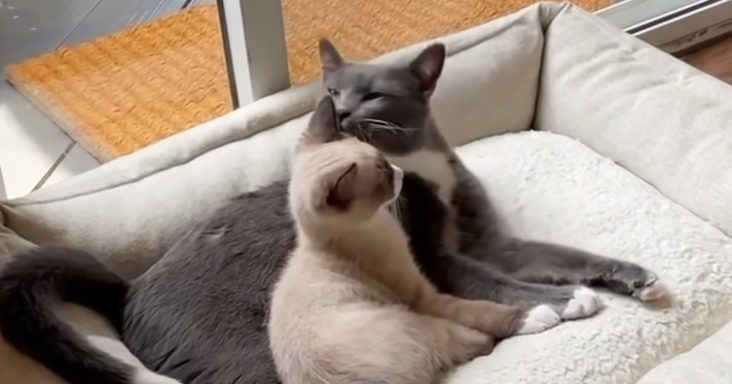 TJ is a mom to three fantastic cats named Murphy, Pip, and Indy. Murphy was the first one she had, and he was found on their family farm crying in a tree.

After a while, TJ felt that Murphy needed a friend, so she adopted an eight-week-old kitten named Pip. Three to four weeks later, she saw that Pip was unsteady on his feet.

The vet ran several tests, and they diagnosed him with Cerebellar Abiotrophy. Pip has trouble walking, but he can still climb. TJ is happily surprised when she finds him in high places.

Indy was the last to be adopted. He followed Pip everywhere and constantly groomed him. TJ said that Pip and Indy had a wonderful “bromance.” The two cats were inseparable.

Murphy and Indy are crazy together, but when Indy is with Pip, he is calm and relaxed. Pip is always snuggling and loving with Indy. Balance is Pip’s most significant issue.

He does his best to be a normal cat, and TJ makes sure that her house is safe for him to roam around in. Pip is a sweetheart, and TJ holds him constantly so he won’t shake.

One day he may lose his mobility entirely, and that’s a scary thought. TJ is taking it one day at a time, and she is thankful to have her cats by her side. 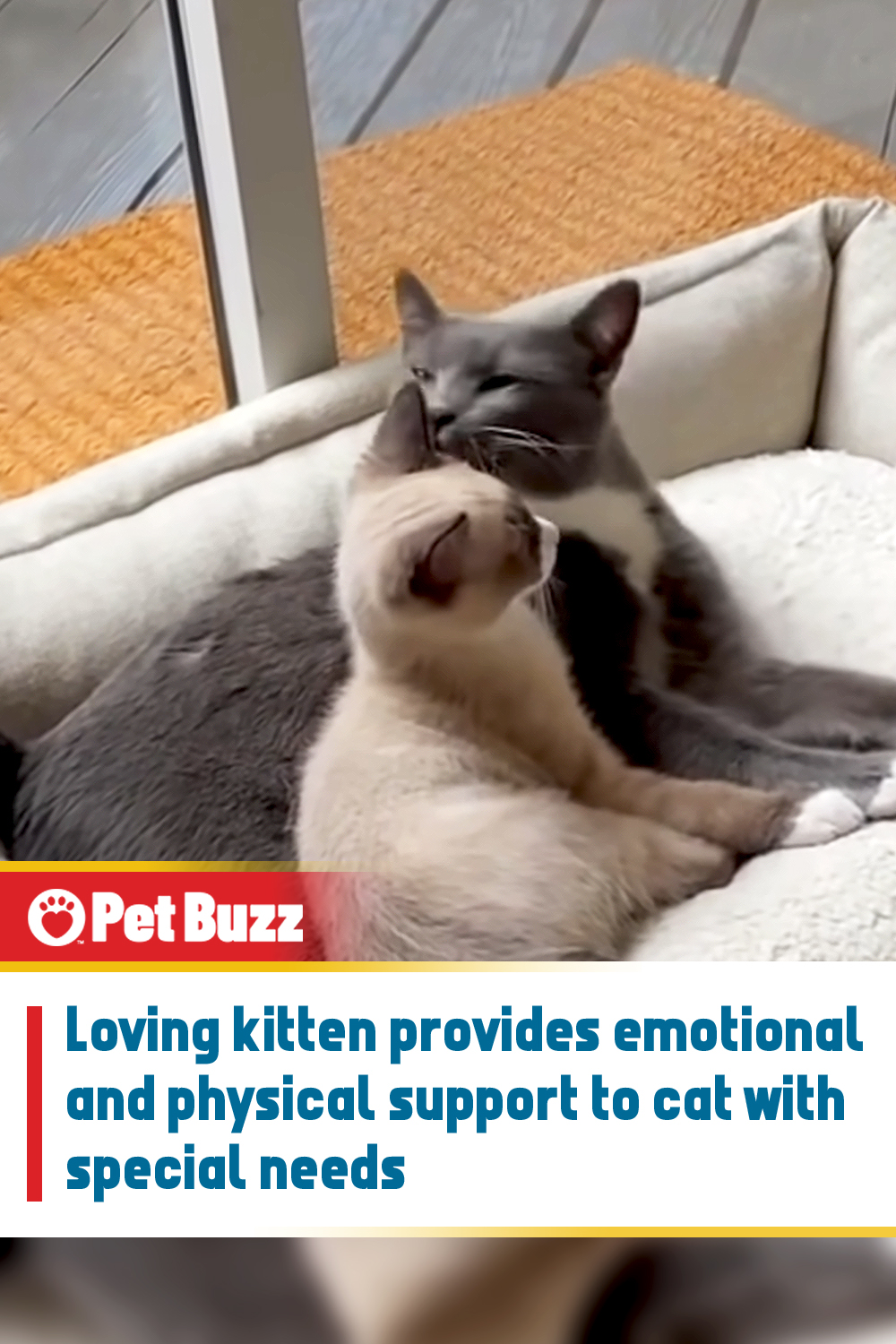