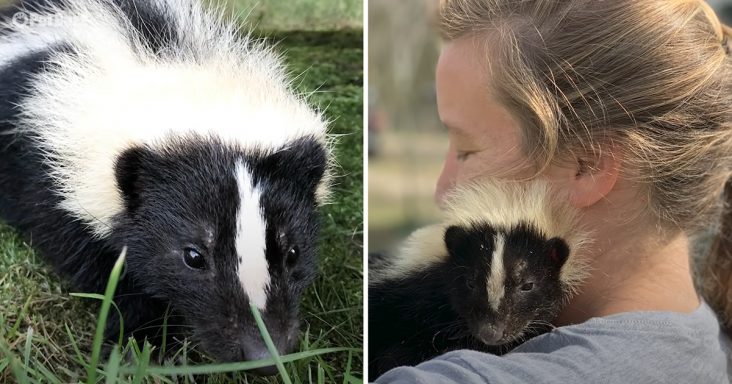 Somebody found a skunk on the side of the road, and they thought he was dead. But he was injured and thirsty. The skunk was brought to Crystal Shaw, who was a wildlife rehabber.

Crystal named the skunk Gerber. At first, Gerber tried very hard to stand up, but he couldn’t yet. A week later, Gerber could walk again. But he moved in circles because of his head trauma.

Then Crystal had an idea to build a maze for Gerber out of two-by-fours and chicken wire. In the maze, Gerber was forced to turn left when he was used to moving right.

Gerber seemed to enjoy going around the mazes. Crystal constantly changed them to make sure he didn’t get used to one routine. It helped him recover from the injury to his head.

Since he was nocturnal, she went outside in the middle of the night to check on him. At 2 in the morning, she would be standing over the maze wearing a headlamp while everyone else was asleep.

After he got used to the mazes, it was easier to walk with him. Crystal’s cat, who usually prefers to keep her distance, loves to play with Gerber.

A veterinarian specializing in skunks informed Crystal that she could either euthanize him because he can’t be released or take care of him for the rest of his life. She made the decision to raise him as her baby. 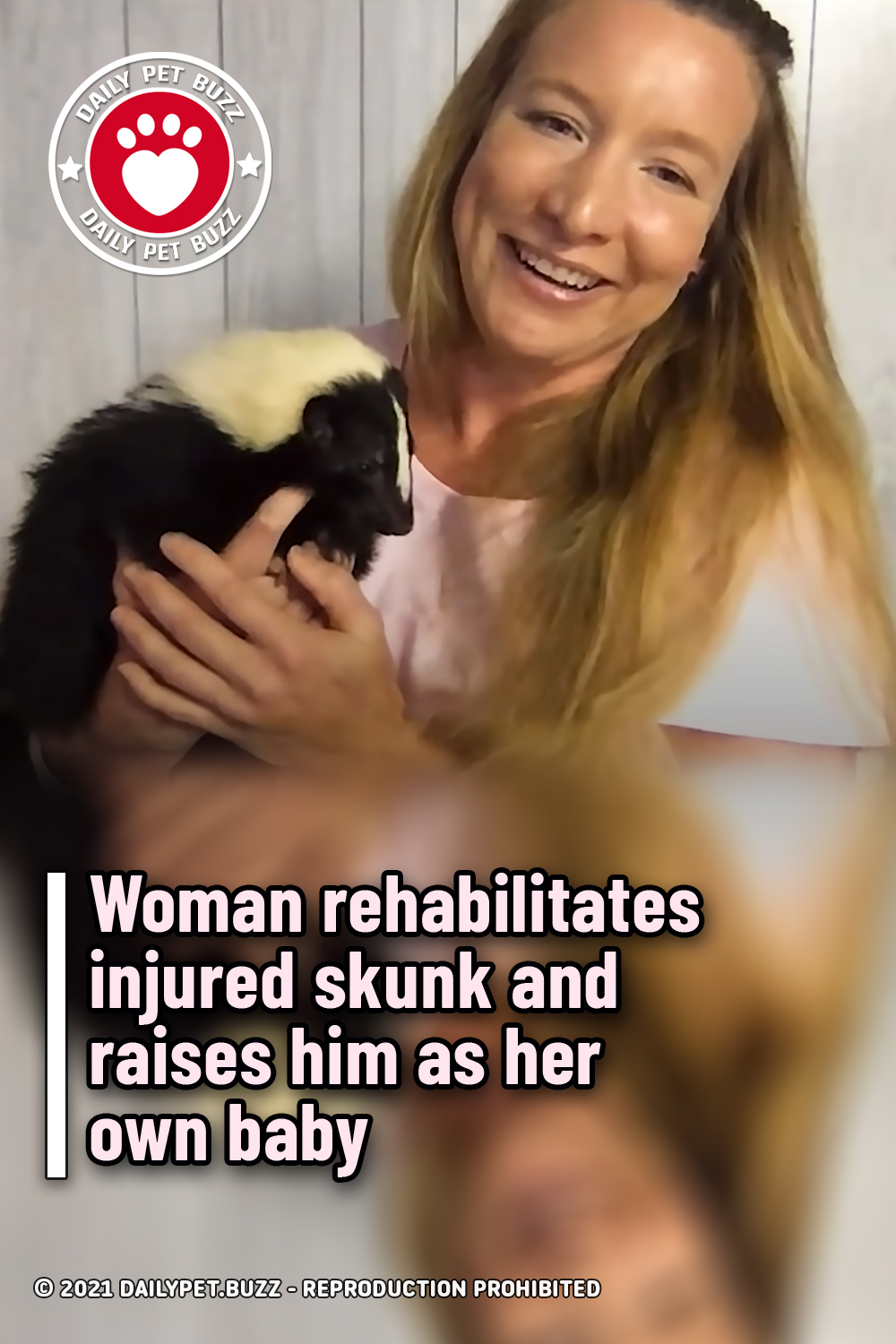