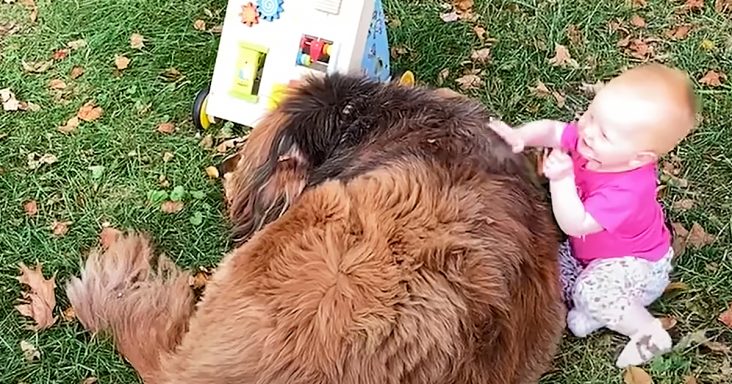 Cliff and Abby’s family grew bigger when they rescued a dog and when Abby gave birth to a beautiful baby girl. On their trip to the Great Wall of China, they saw the dog.

There was a cage with a dog inside, but he had no water, and it was cold outside. Supposedly he was a guard dog, and Cliff and Abby knew they had to save him.

They named the dog Wally because of where they found him, and Wally’s fur was shaved because it was matted. Once he was ready, they flew him to his new home and gave him a tour.

Wally was delighted, and it may have been the first time he had his own soft bed. Abby had fun watching him transform from 65 pounds to 135 pounds.

With his fur grown, Wally looks like a lion. Then Abby got pregnant, and they slowly introduced Wally to their new baby, Annika. Wally knew right away she was a part of the family.

He was sweet and gentle with her. Annika had the perfect watchdog, and when she could crawl on her own, she began to climb all over him.

Wally was excited when she started eating solid foods because he would wait under her highchair for food to fall. Cliff and Abby were so happy to see that they were best buddies. 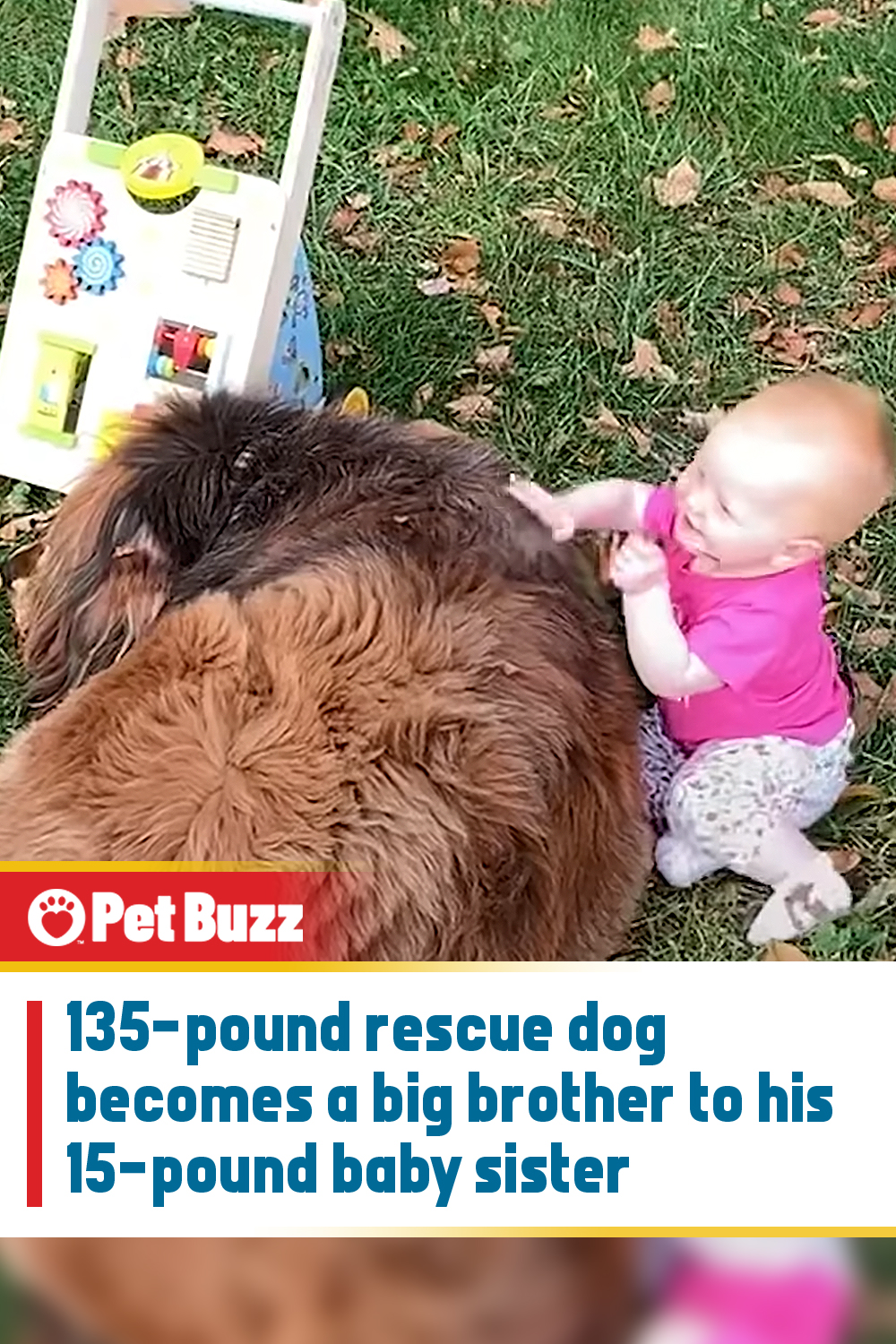