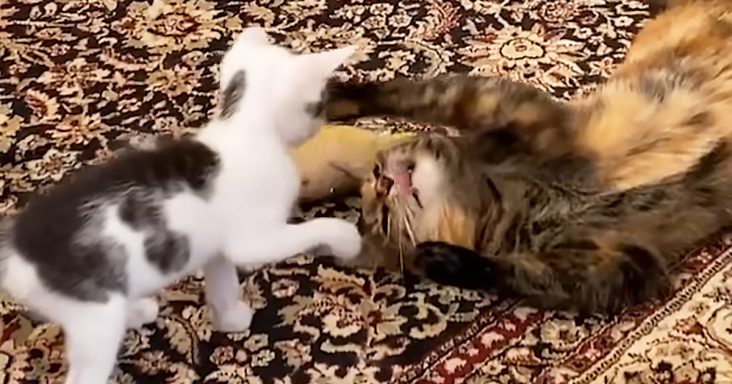 Tritan was a 6-week-old kitten found abandoned underneath a deck, and he weighed half a pound. Most kittens would way a pound to a pound and a half at his age.

Kara took care of Tritan and gave him a stuffed dog to make him feel comfortable. He had huge eyes and a small head. Kara found that he could fit in the palm of her hand, and Tritan fit inside a tiny tissue box.

Tritan had a parasite in him that took all his nutrition. She almost lost him. He was given medicine, and after Kara opened a can of food, his eyes perked up.

Kara saw that he had a fighting spirit, and she knew that Tritan would pull through. At home, Kara introduced Tritan to all her cats. He wasn’t shy, and he fell asleep on her chest that first night.

Tritan is fearless, and he became more energetic and playful once he finally weighed more. He still loves to play with his favorite stuffed dog.

Eventually, Tritan weighed 3.4 pounds, and he is still tiny compared to the other cats in the house. Even with their size difference, Tritan will run up to them and pick a fight.

He has been mischievous and lovable ever since Kara met him. She is thankful for every day that she has with Tritan. 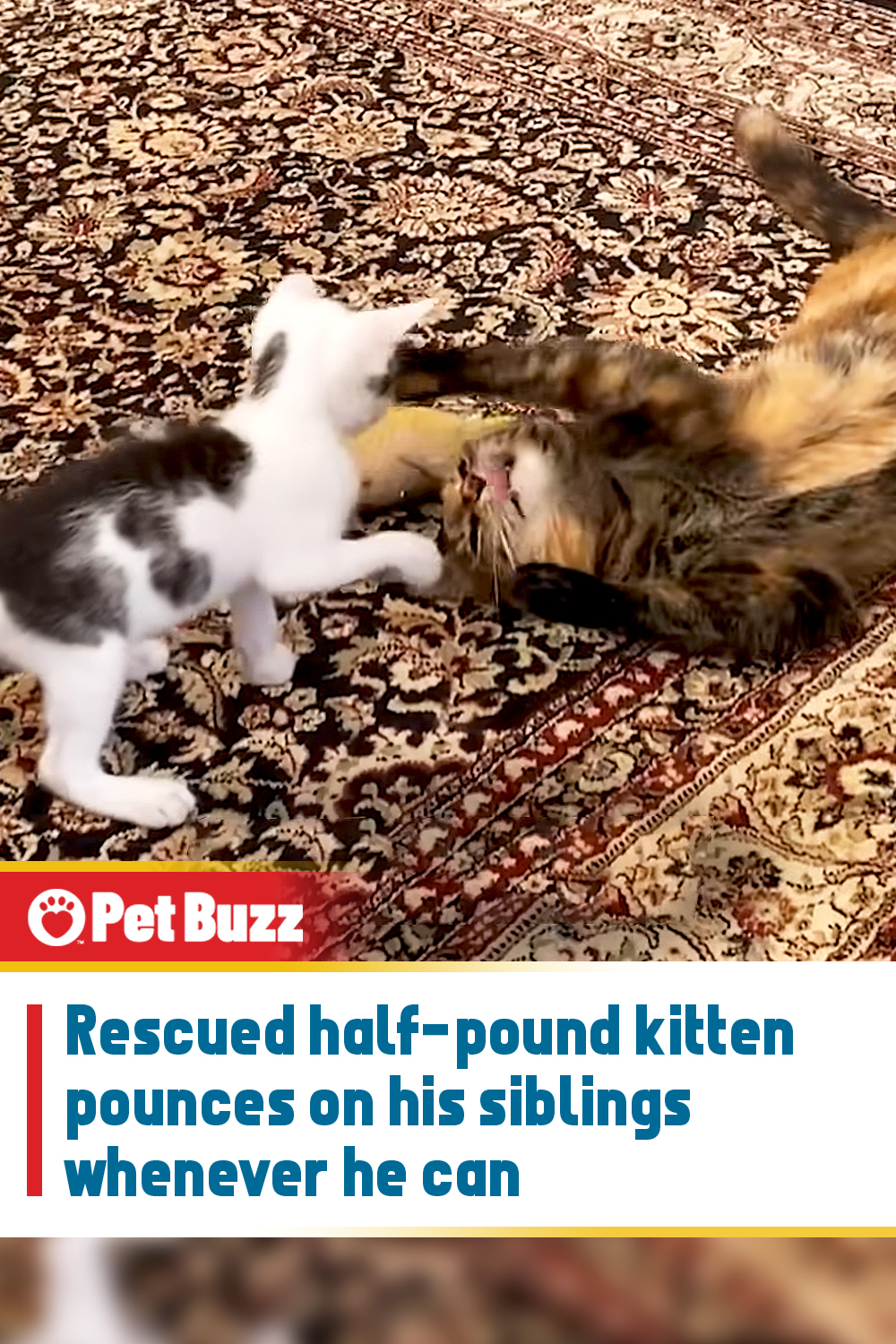