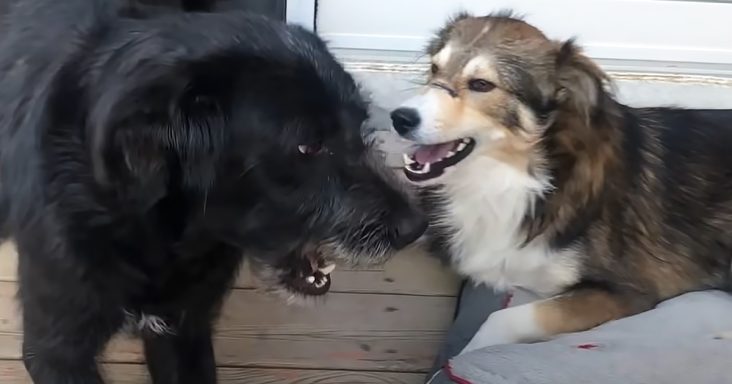 Juliana found two dogs named Scar and Shine, who were incredibly grateful to be rescued. Shine was a stray Juliana saw standing in a field with something tied around his neck.

Scar was found in a busy intersection, and he had a scar across the top of his nose. Both dogs were abused, and Julianna knew she had to help them.

Shine was a black dog, and he was clearly afraid of people. When Julianna called Scar, he immediately came running to her. She picked him up and promised to return for Shine.

After a few days, Shine was still not coming close to Julianna. She called to him with a sweet and welcoming voice. It took more time, but finally, Shine started to follow her.

Julianna took both of them home, and it appeared that the dogs knew each other, but they weren’t close. Once they arrived home, Shine walked in right away.

Scar was more hesitant and needed some encouragement to come inside. Julianna noticed that Scar was more like a dog while Shine was a human in a dog’s body.

Shine loved being inside and curled up on the couch, while Scar preferred being outside. Julianna’s daughter connected with the dogs right away, and they had a strong bond. The two dogs became brothers. 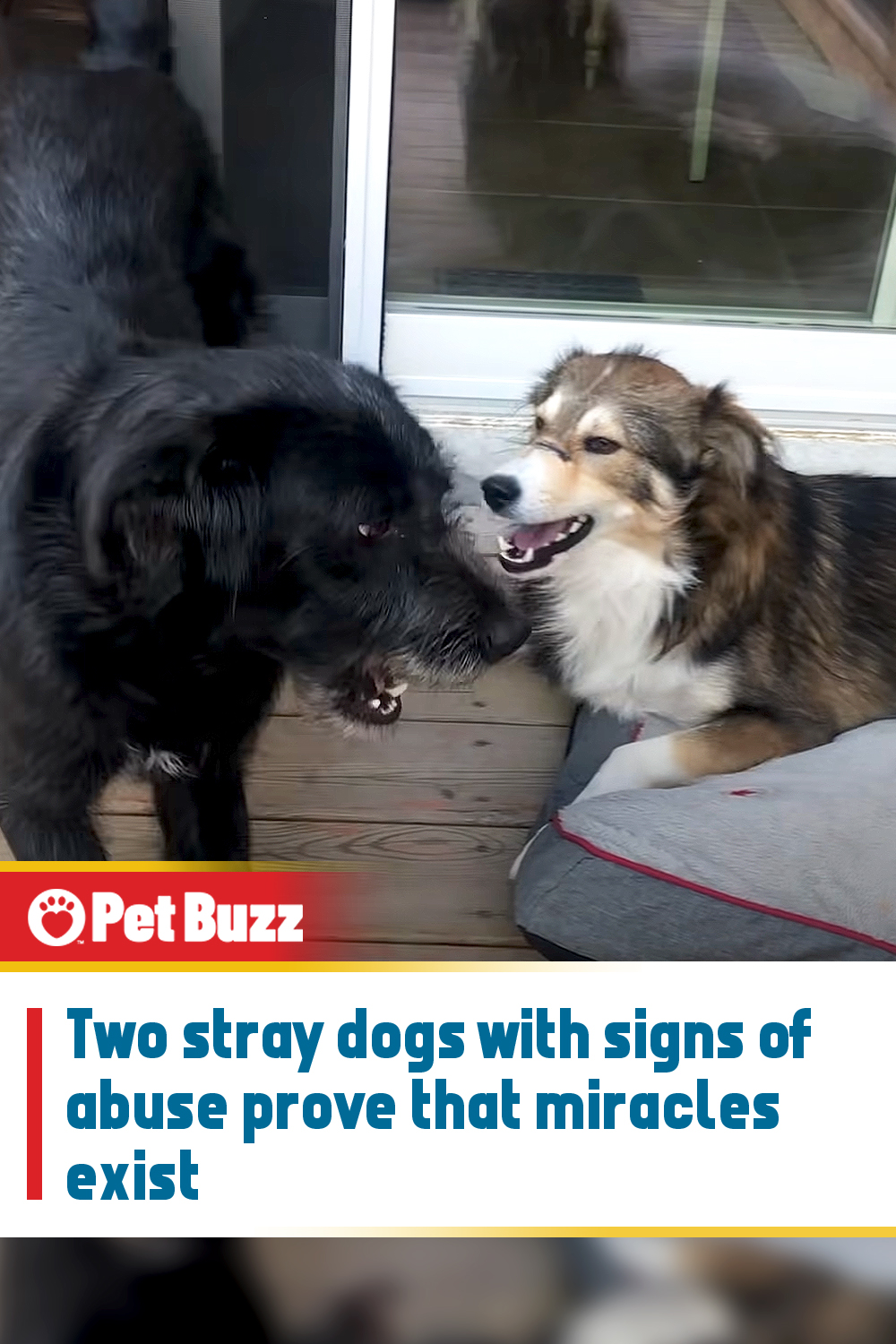