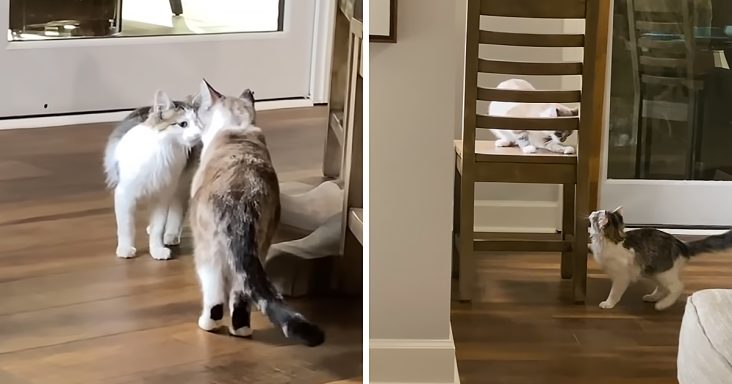 Jaime and David found a stray cat outside of McDonald’s one day, and they tried to take him home. They offered the cat some fries, but he eventually left.

David was determined to help the cat, so he brought a cage with him the following day. He put a nugget inside, and the cat walked into the tiny cell.

They decided to name the cat Donald, and when they brought him home, one of their cats named Jimmy was not happy with their new guest.

Donald was very skinny and scared of people. Jaime and David were with him every day to help him slowly become comfortable with their presence. Then finally, Donald let David pet him.

A warm feeling of love and relaxation fell over Donald. He understood the great feeling of being petted and scratched. Jaime and David brought him to their guest bathroom to get him acclimated to their home.

Jimmy was still unhappy, and they found that he had destroyed one of their wedding photos. Donald and Jimmy were always hissing at each other, but that suddenly stopped one day.

Once Donald felt at home, he was relaxed and happy. The two rival cats started to sniff each other and even play together. Now Jimmy loves Donald, and the feeling is reciprocated. 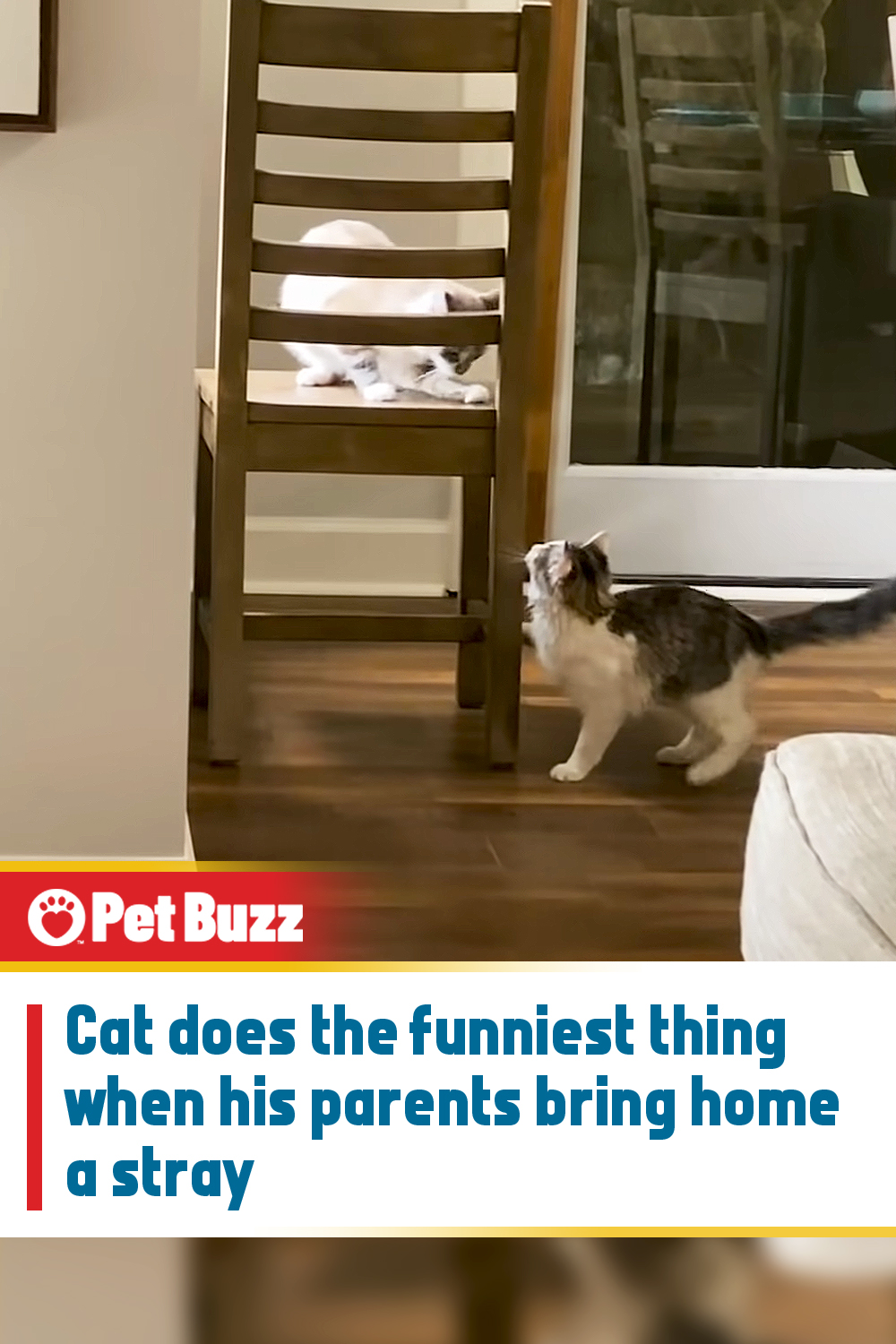