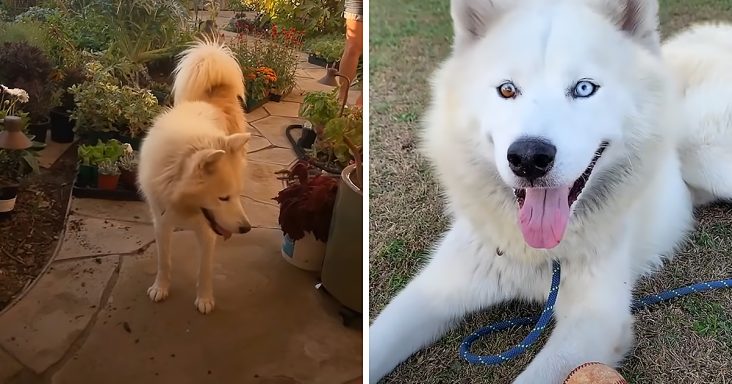 King the Husky was about to be put down, and a woman named Megan rushed in to save him. She reached the shelter and rescued him an hour before his euthanization.

When Megan saw King for the first time, she was immediately mesmerized by his beauty. King had majestic white fur and heterochromia, different colored eyes. He had been in the shelter for three months.

He was labeled as an aggressive dog even though he clearly wasn’t. Many shelters attach these labels to a dog because they show this behavior when they are scared in the new environment.

Megan’s dog, Zeppelin, was also saved from a kill shelter. King changed drastically after a few weeks of living with them. Zeppelin showed King how to be a courteous dog.

King learned how to walk in the park, how to jump in the car, how to gently take a treat, and how to walk on a leash better. He followed Zeppelin everywhere.

A few weeks later, Zeppelin was adopted by a loving family, and Megan couldn’t be happier. After some months, Megan and Zeppelin visited King and his new family.

King was ecstatic to see her and Zeppelin again. Megan says that King has a special soul, and he is a great dog. She is so thankful that she was able to save him. 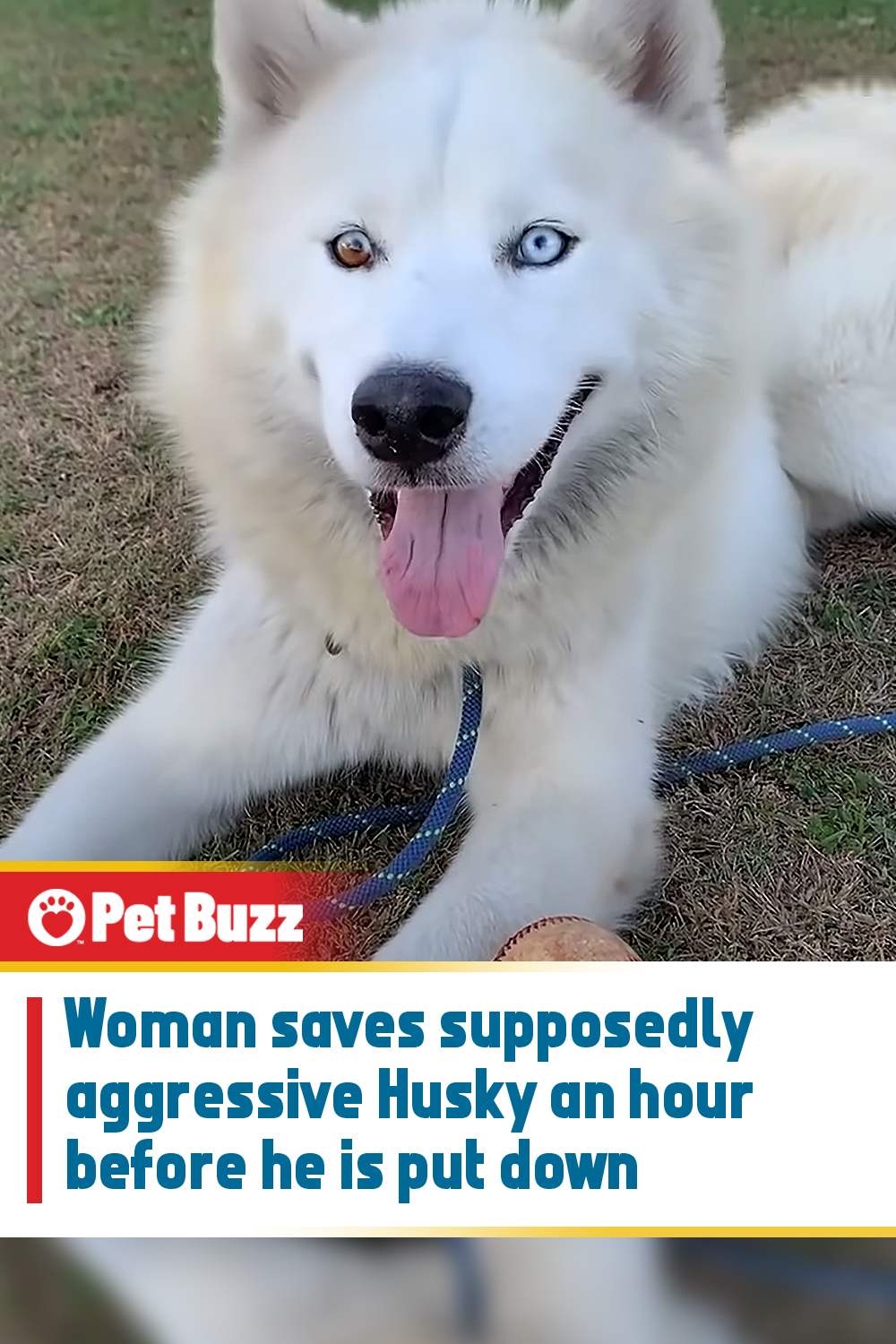