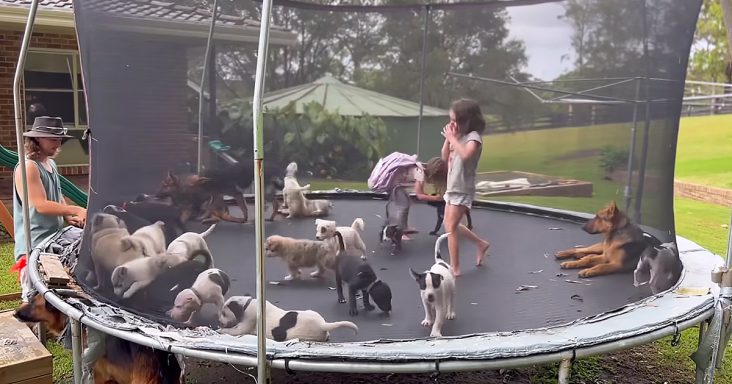 At Doggy Daycare Farm Trips, all of the dogs and puppies love to spend time on the massive trampoline. The clouds were starting to grey, and it looked like rain was coming.

With the help of the others, Luke managed to get all 26 puppies on the trampoline. It has a protective mesh around it and only one entrance that can be opened and closed.

The puppies were stuck, and other dogs started to join them. Luke’s two daughters went in as well and played with the puppies. They began to jump up and down.

All the puppies seemed to enjoy the bouncing. There were a lot of wagging tails, laughs, and the sound of wind passing through the thin mesh. It would be hard to find a more adorable sight.

One dog was circling the trampoline’s edge but just on the outside. Many puppies were trying to chew their way out while walking around in a circle.

Other older dogs were simply lying down and relaxing as most of the puppies walked over them. None of them minded the puppy’s paws since it was almost like a massage across their body.

Luke counted the puppies and stopped any fights from escalating. Then it started to rain, and it was nearly time to end the cutest trampoline session ever. 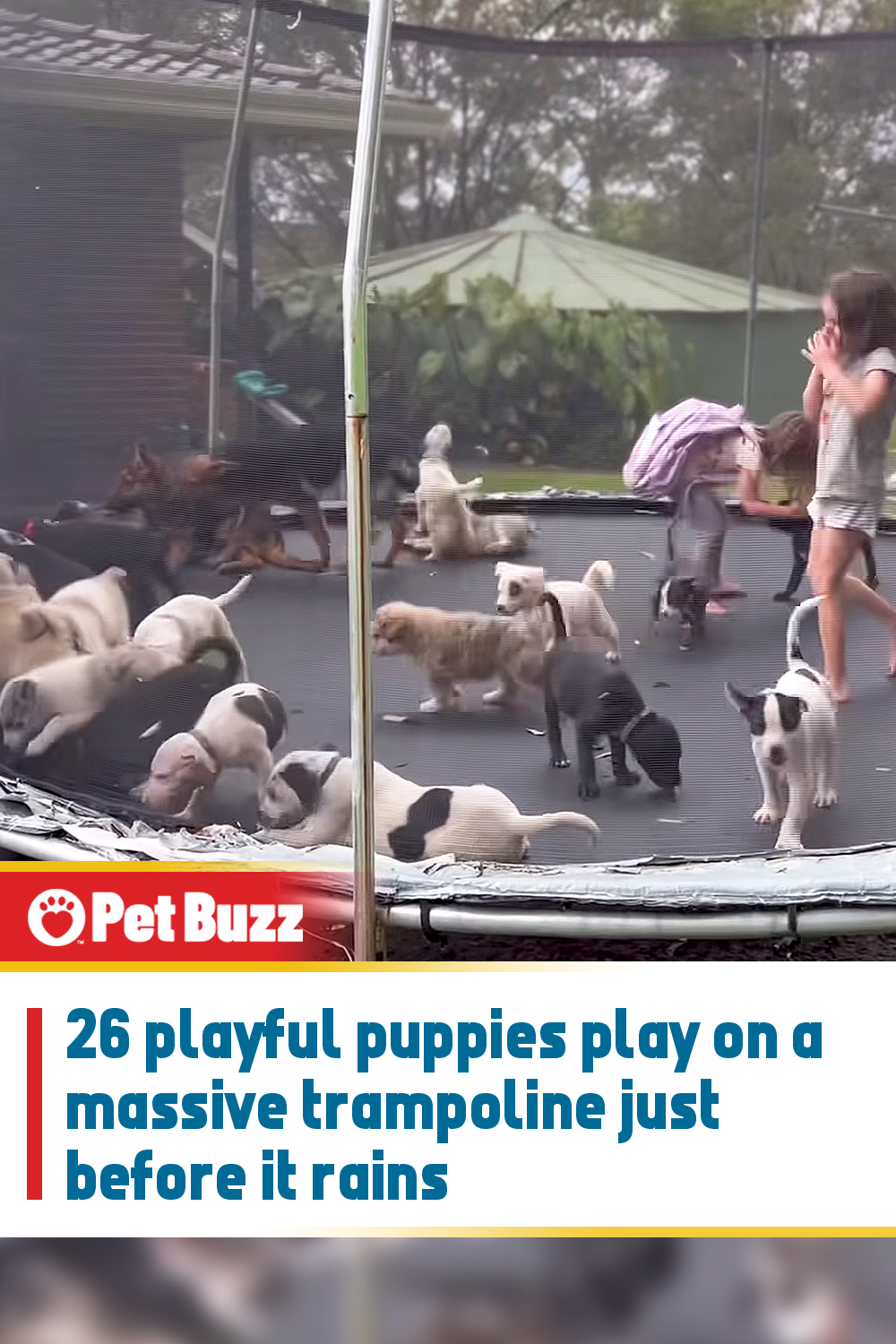