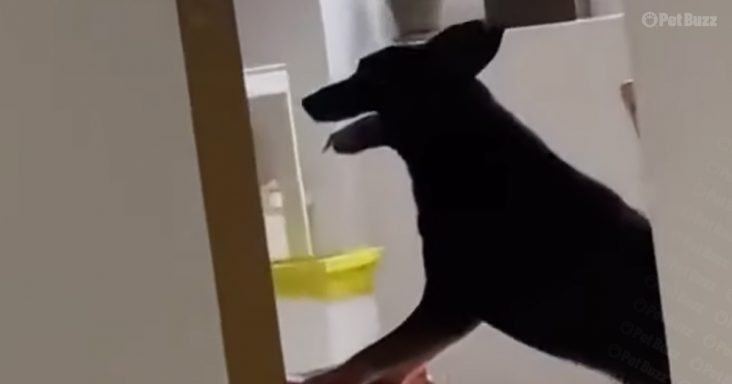 Dogs alert you when something goes off in your surroundings. They could bark at strangers or unfamiliar objects, calling attention to what may be a threat at that moment.

Regardless, things they do to get food can be surprising. Sometimes, they look like offenders caught right in the act. They could be loyal to you, but when hungry, their bellies become their masters.

Dogs have been captured pilfering at parties. What about our homes? Do you think a dog won’t go to any height to get some meat? Think again. Get ready for a “food heist.”

A German shepherd left alone for a single minute gets to work immediately. He got a chair, using it as a makeshift ladder, to climb to the kitchen tabletop.

Just then, his owner spotted him. The dog’s owner rushed to the kitchen to see the end of the unusual and suspicious activity. The next moments were a complete astonishment. It was an absolute shocker.

The heist was complete, with two paws on the table as the German Shepherd had a mouthful of meat and chewed quickly. As he made eye contact with his owner, the dog knew his time was up.

The Alstain wolf dog had a sheepish look, but he had a good share of the food. The theft had come to an end. Although he couldn’t eat as much as he wanted, it was a partial success, and there may be an elaborate heist underway. 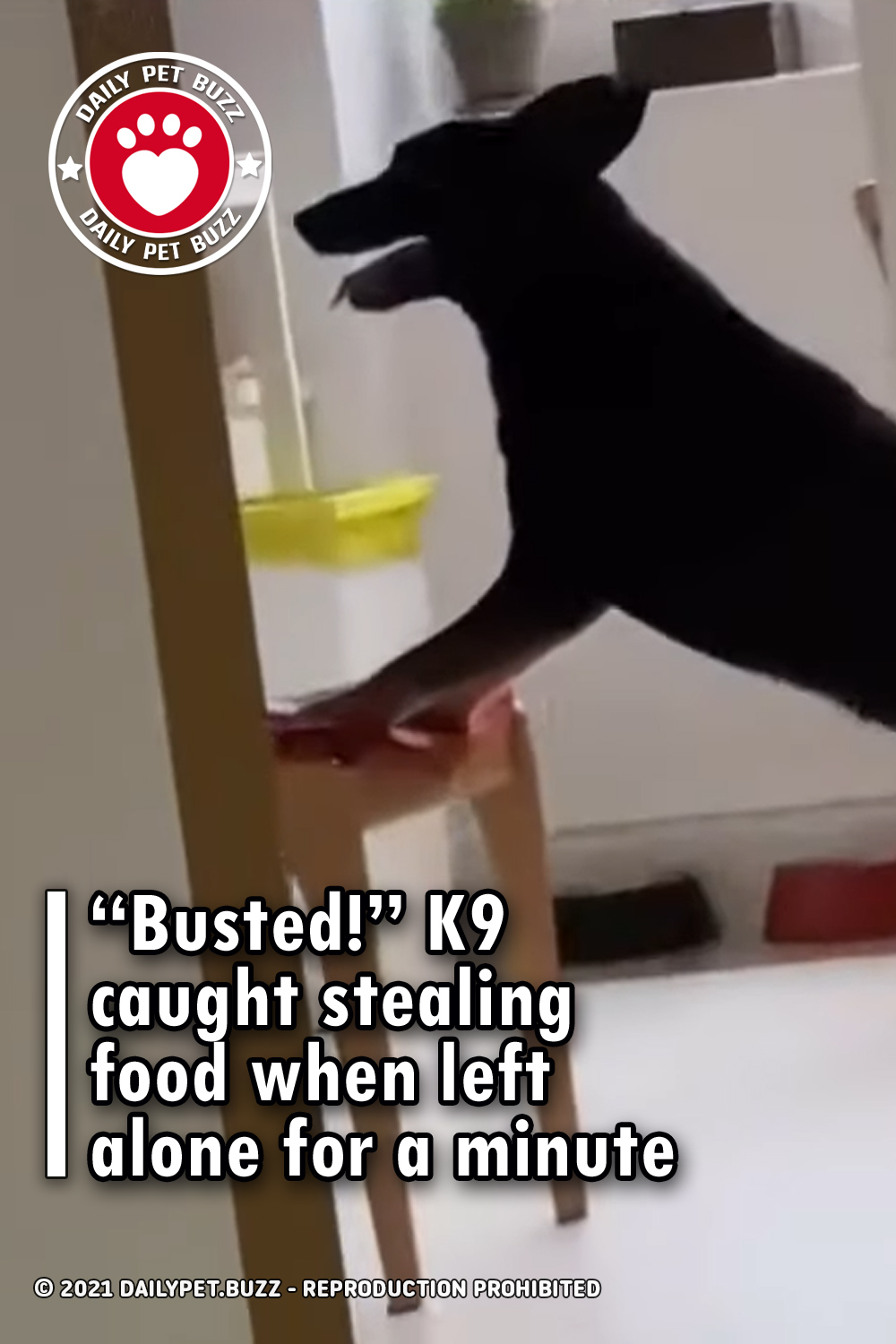