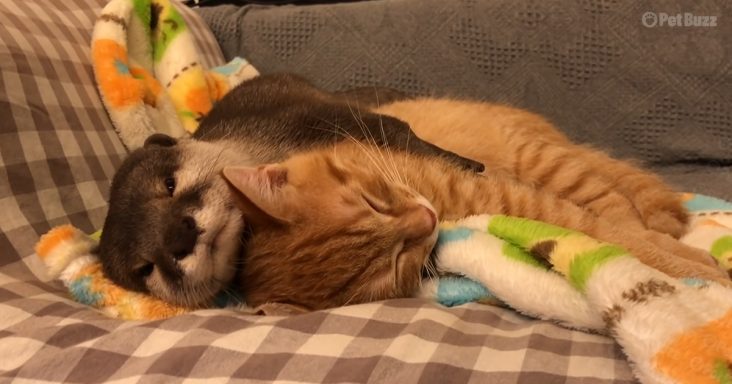 Friendship has no boundaries. It does not look at a person’s race, appearance, or color. This was proved by an otter and a cat. The two share a unique and robust bond known as friendship.

The two got together with each other the moment they saw each other. Ever since the two met, the cat and the otter have become the best of friends. They are practically inseparable.

Both the animals from different species share the same interest. It is to take a nap together. Sakura, the otter is barely 3 years old and is already a social media sensation due to her cute videos.

On the other hand, the cat is called Mochi. Although the two have met each other quite recently, the otter has managed to find its favorite way to sleep for a long period.

Sakura falls asleep immediately she hugs her feline friend, Mochi. The two sleeping together gives you the feeling that as long as they are together neither will suffer from insomnia.

The two have their own Instagram account where they have a large group of people following them. This large number of fan following may be due to their cuteness and their innocence.

People are touched by the appearance of this furry pair in images. There are also videos of the two cuddling together while sleeping on Youtube. A video of the pair has more than 1,500,000 views. 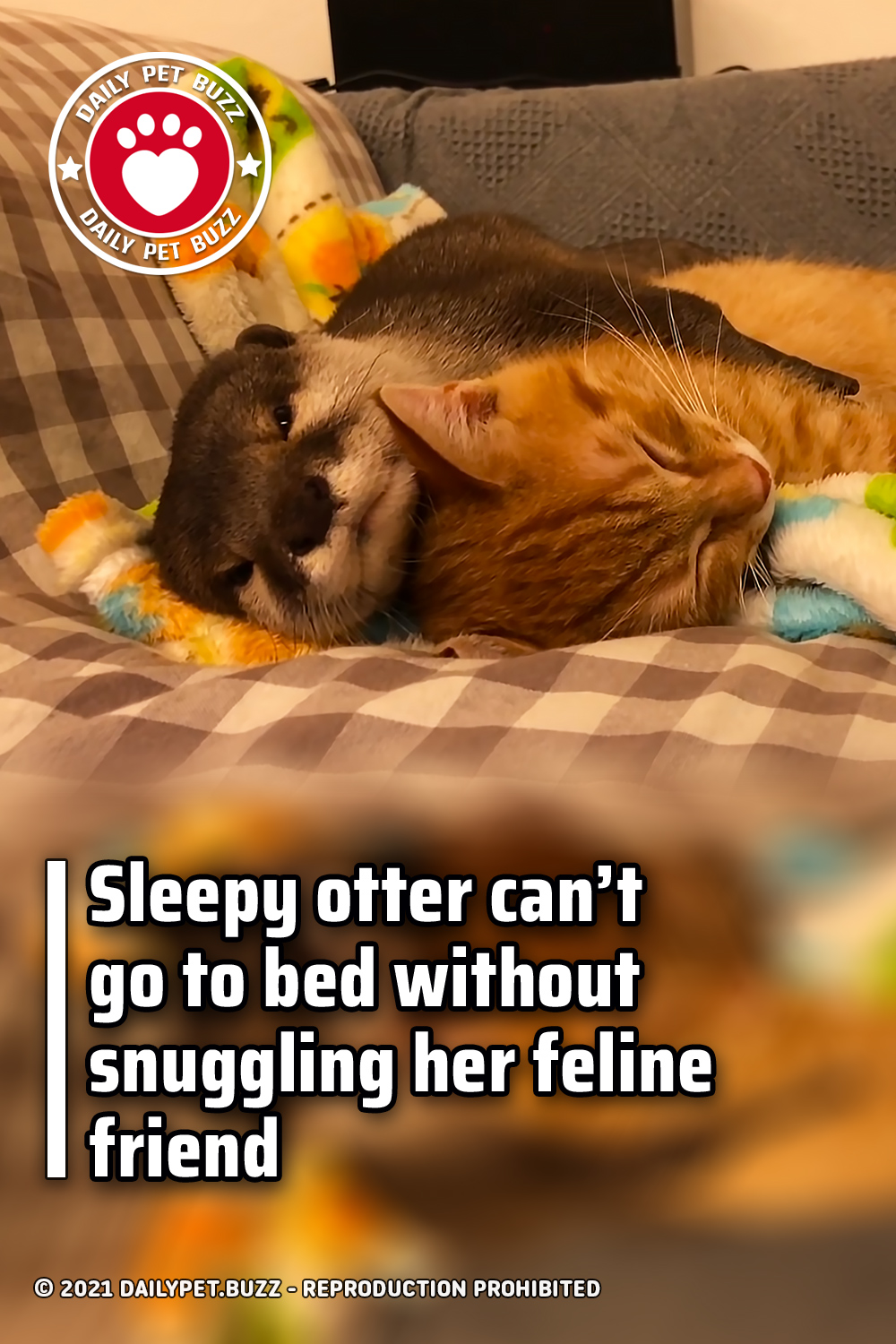