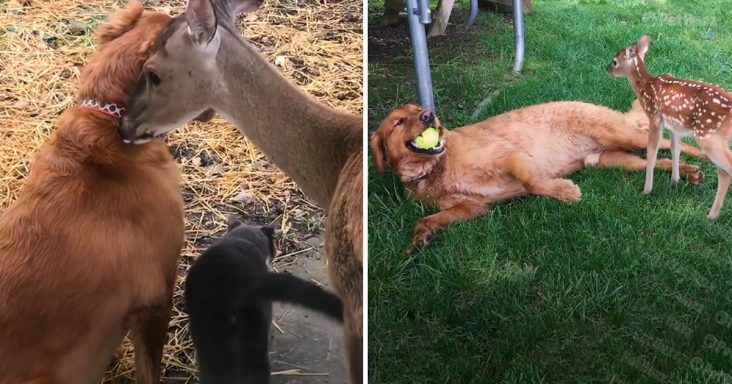 After a family rescued a deer many years ago, the deer quickly became friends with their Golden Retriever. The deer’s name is Buttons, and the Golden Retriever is G-Bro.

Buttons were taken in by the family when their friend called them about a mama deer hit by a car. This friend had raised deer once, so he helped the family out in caring for Buttons.

The family wanted Buttons to be raised wild while still being part of their home. It worked out perfectly, and Buttons and G-Bro have been best friends for 11 years and counting.

When Buttons became a mother, she brought her babies to visit her best friend. G-Bro was very gentle with them. He played with them, groomed them, and watched over them.

G-Bro and Buttons loved doing everything together, from playing in the snow to chasing each other in the yard. Their favorite activity to do together is to go hiking.

Buttons would often show up at the front door and wait for G-Bro to come out. If no one answered quickly enough, she would start to paw at the entrance to call somebody.

Buttons and G-Bro care for each other so much. G-Bro also loves sitting down and being groomed by Buttons. It was an unlikely friendship that has shown that animals can have the best relationships. 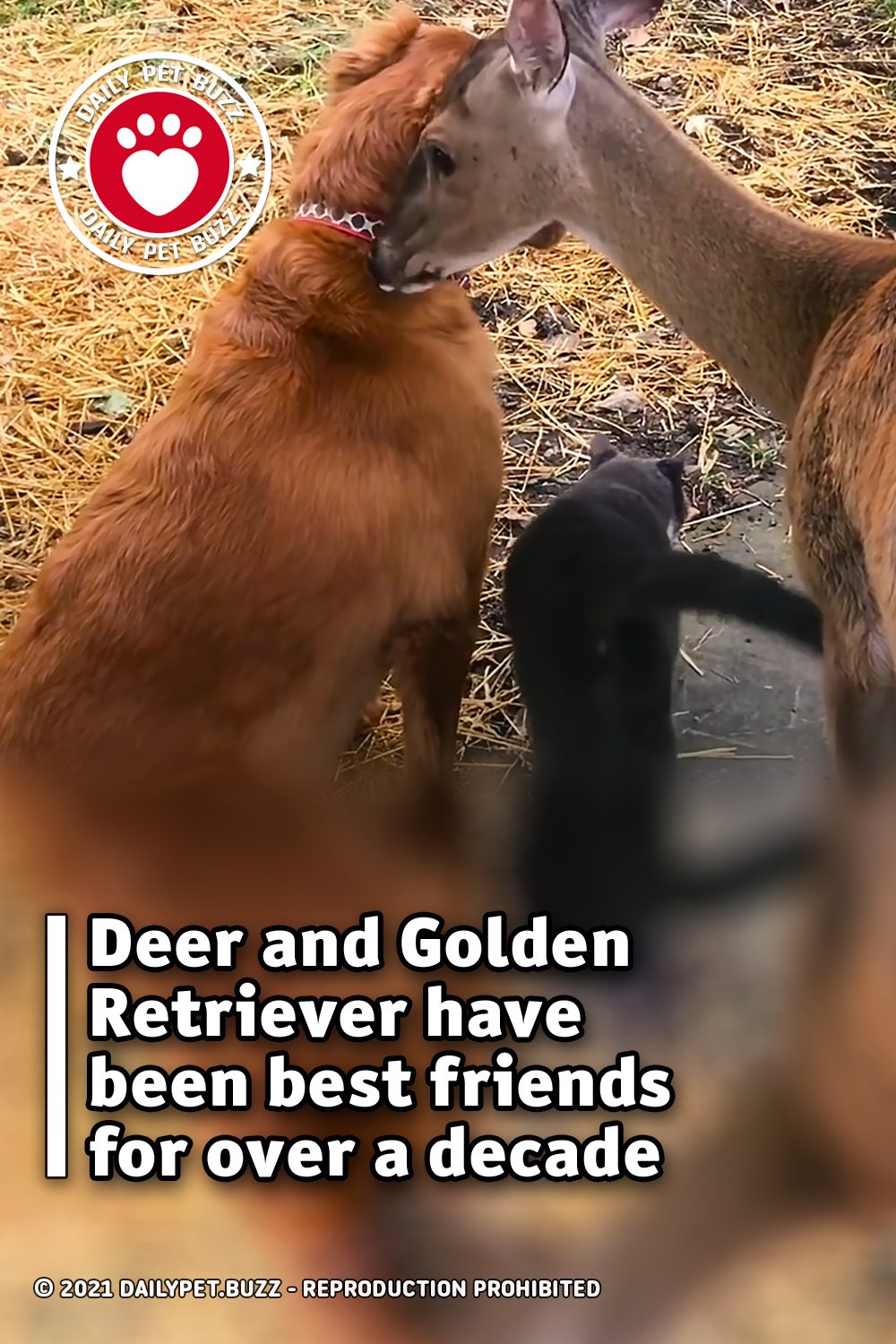