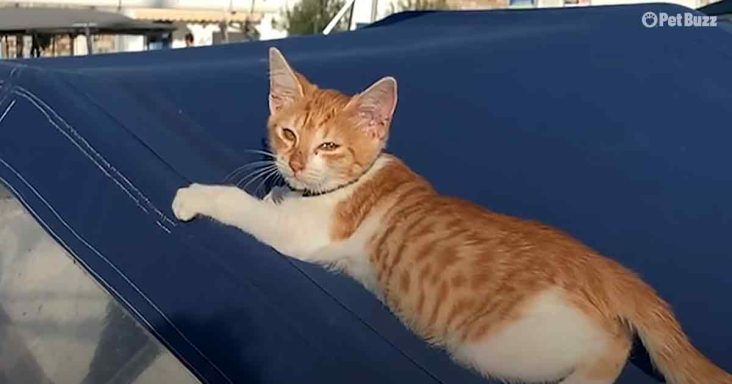 Fred, the cat, chose his new family by climbing onto a boat at the marina. Abbi heard loud meowing one day, and she found a small cat crying for help.

She picked up Fred and brought him onto her boat, and Fred didn’t seem to notice he was on a boat. Fred was walking around and jumping normally as if the ground wasn’t swaying.

He took to the boat really quickly, and Abbi believes Fred picked her and the ship for a reason. Fred wouldn’t be the same if he didn’t grow up on a boat.

Abbi says that Fred was born to be a boat cat. He is the happiest cat ever. How Fred moves from boat to boat is something Abbi has never seen before.

Fred acts as if he owns every single boat in the harbor, and he spends a lot of time climbing on other people’s ships. People say he must have been a pirate in another life.

Abbi was nervous when she introduced a new cat named Fagioli to Fred. They didn’t like each other at first, but they were curious and circled around each other.

Eventually, they accepted and loved each other. Fred would lay on Fagioli and lick him for hours. Abbi has a new dream of sailing around Greece and rescuing more cats like Fred and Fagioli. 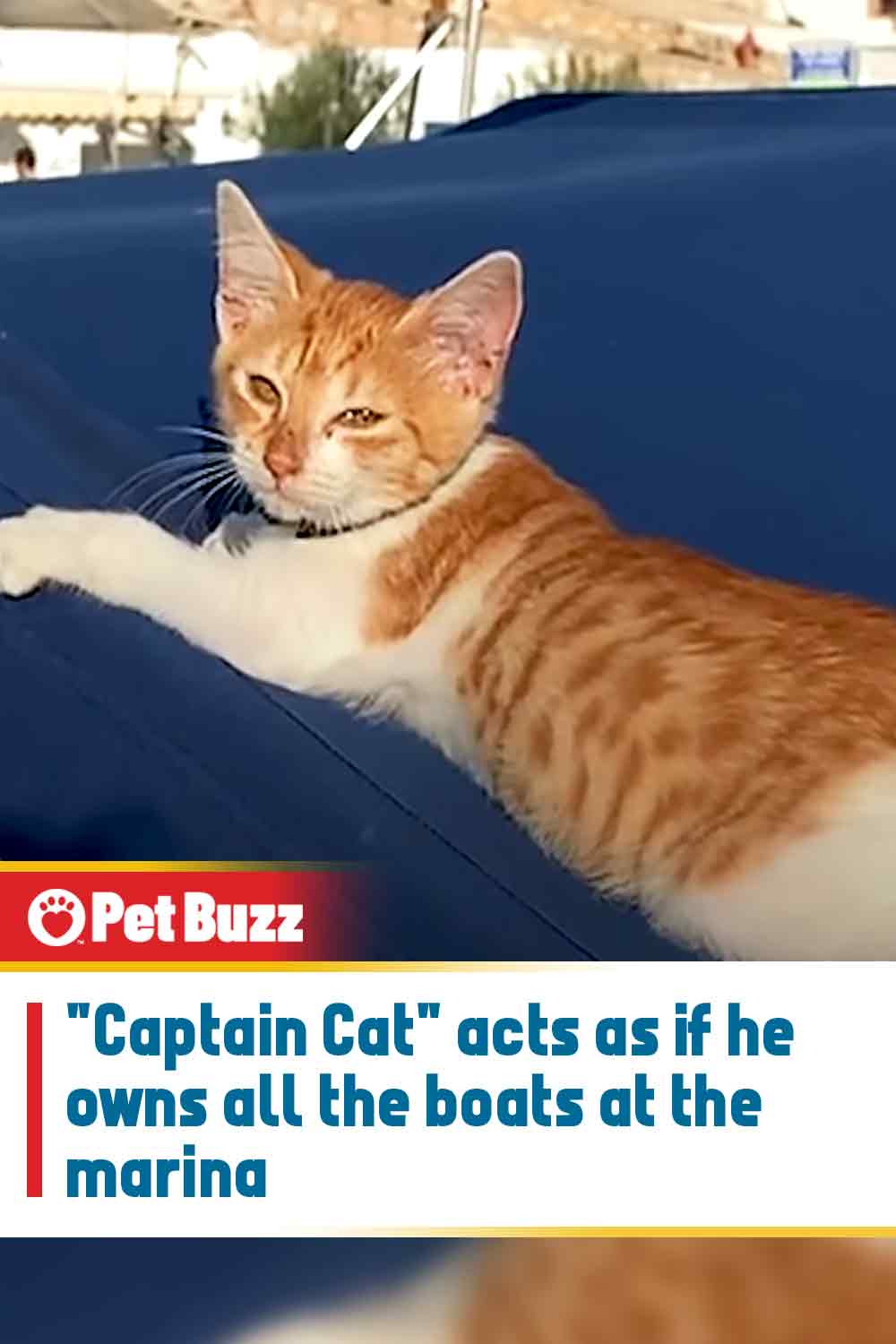