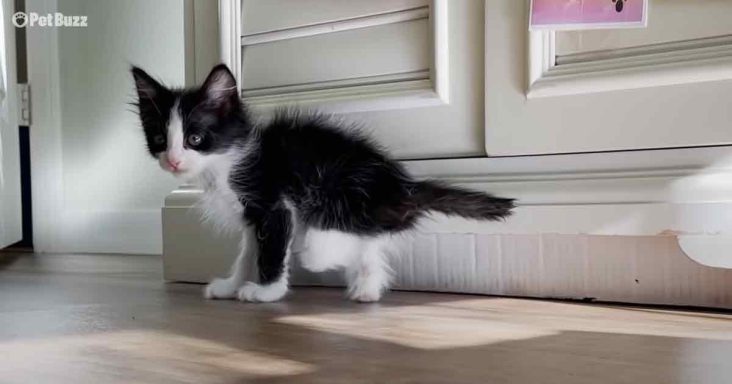 Scottie, a kitten, had little nubs where his feet should be on his back legs, and Nikki’s grandma used her craftiness to protect them. Nikki has fostered hundreds of kittens, but she was worried when she first got Scottie.

She wasn’t sure how to handle him, and when he first arrived at her home, Scottie was hissing at her. Though when she left him alone in his special room, Scottie started to cry.

Nikki picked him up and took Scottie to her bedroom. Scottie didn’t want to be alone, and she had to put stairs next to her bed so he could get down.

He started running around so fast that he would hurt his nubs. That’s when Nikki reached out to her grandma. Nikki’s grandma used to be a ballerina, so she knew many ways to protect her toes.

Booties were crafted, and they had rubber traction on the bottom. Scottie was playing with them at first and didn’t know what was on his feet. Then he ran around with them so much that he actually wore a hole through them.

Scottie couldn’t jump up the , but he was getting strong enough to climb it with his front legs. Once he started to get better, Nikki knew it was time to have him adopted.

There were a lot of applications, but Moses’ jumped out to Nikki. He had a kitten, Scout, who was the same age as Scottie. Moses cuddled with Scottie on their first night together, and Scout was thrilled to have another kitten in the house. 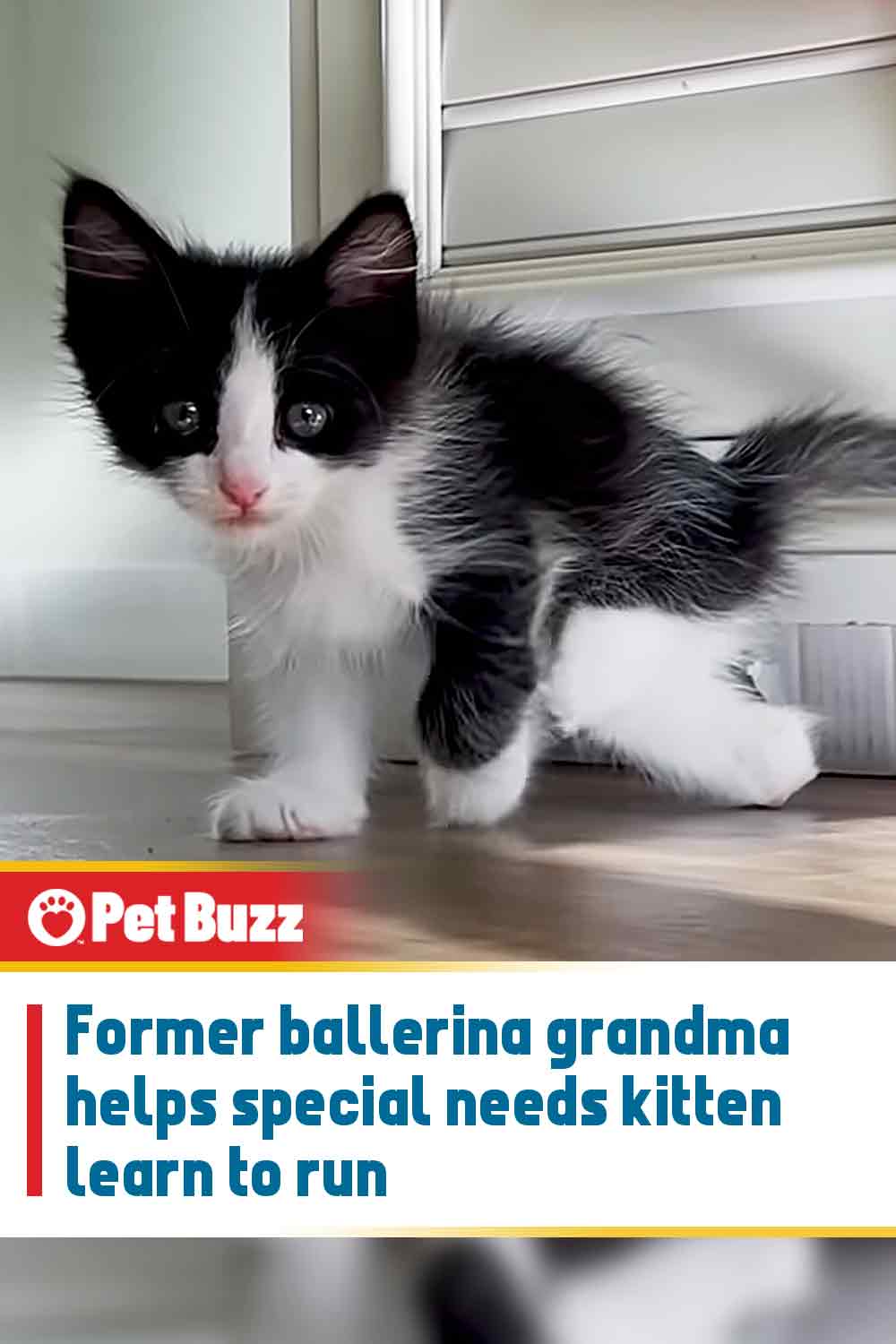