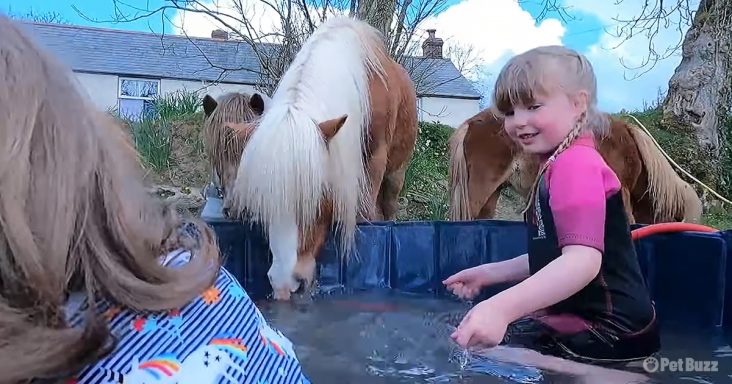 Two little girls, Lexi and Olive, had the perfect day with ponies and horses. They were visiting their aunt Emma and helped with some of the chores that needed to be done.

Lexi and Olive spread out some hay for the ponies who were slowly following them. Then they changed into their swimming gear and filled a small pool with water.

The girls sat in the water, and it wasn’t long before they were surrounded by ponies. Lexi and Olive smiled and laughed as the ponies drank from the water.

One of the ponies even climbed inside to join them. The pony took over the pool when he rolled over, and the girls had to leave to give him space.

They stood at the outer edge of the water and splashed and played with the pony. Other ponies wanted to join in on the fun as well. Lexi and Olive stepped back inside and stomped in the water.

Pool time was over, and the girls changed their clothes and walked some horses into a massive pen. They lined up the horses and climbed onto their backs using a ladder.

Lexi and Olive jumped down onto a giant bean bag from the top of the horses. They did that a few times before chasing each other in circles. Afterward, they rode the horses around and had time to relax. 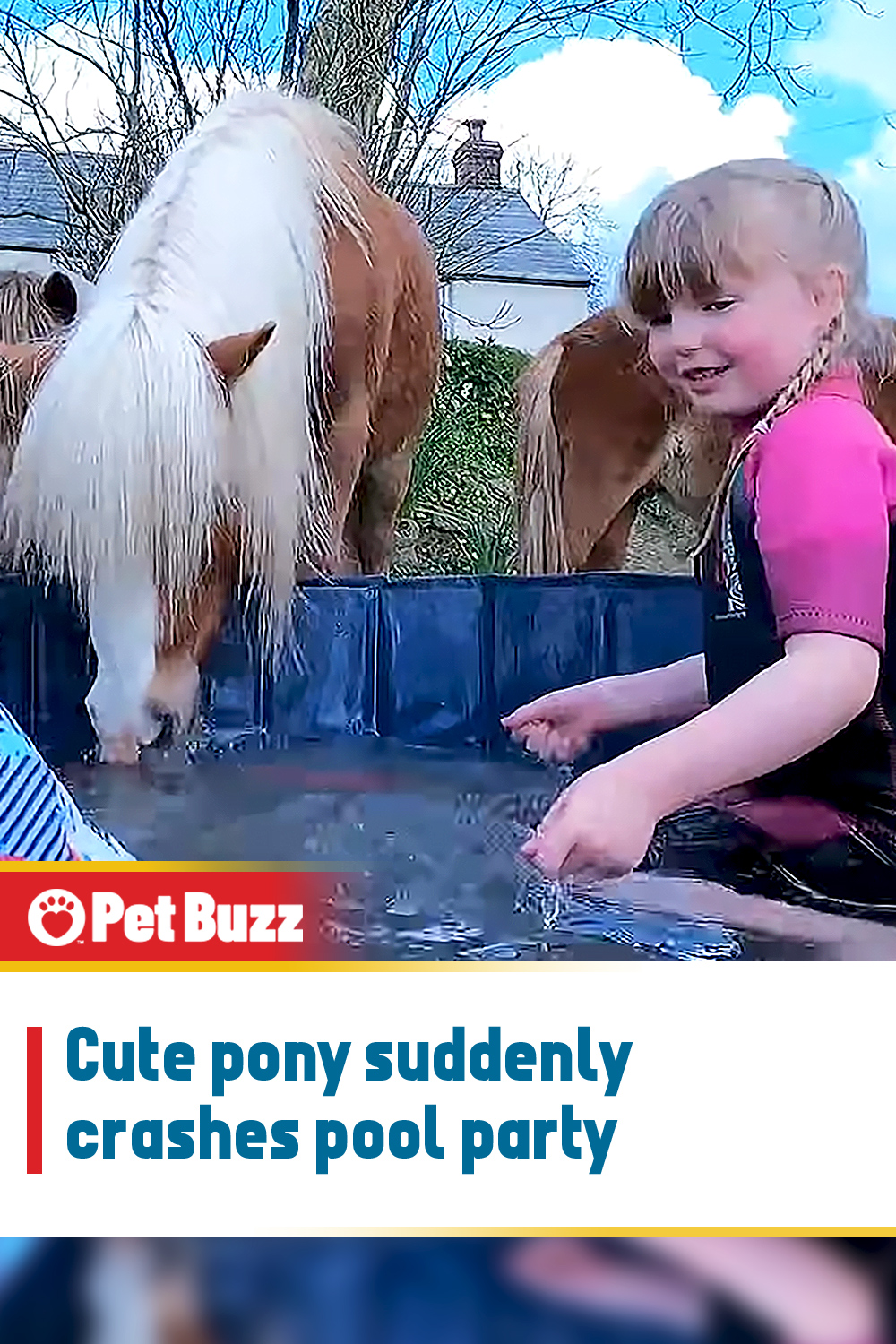