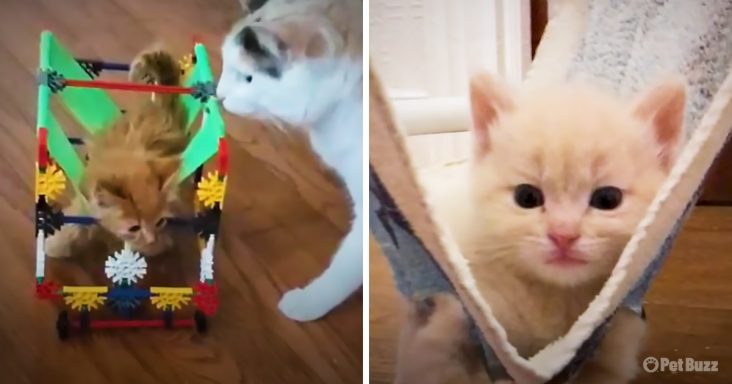 Lynn Shenk built two wheelchairs for Cricket, the kitten who needed help walking. One was made out of PVC pipe, and the next was assembled from toys. Cricket didn’t like either of them.

When Cricket was born, everything looked fine, and she was a healthy kitten. Around four weeks of age, kittens start to move, walk and wander on their own.

Cricket was having trouble, and that’s when Lynn realized that Cricket had Cerebellar Hypoplasia or “wobbly syndrome.” It is a neurological disorder that causes the cerebellum not to develop fully.

The cerebellum is responsible for balance and movement coordination. Thankfully the syndrome doesn’t affect lifespan, and Cricket isn’t in any pain. Her biggest hurdle was trying to eat because she couldn’t keep still.

Lynn helped Cricket eat by holding her up so she could focus on her meal. They tried a few things to help Cricket, such as hydrotherapy which Cricket absolutely loathed.

The best form of therapy for Cricket was simply playing. Cricket wanted to grow stronger and hated to be alone. Her name came from the fact that she was the loudest kitten among her litter.

When Cricket was nine months old, she showed no signs of slowing down. She was only growing stronger and thriving more. Lynn is content that Cricket purrs with her, and she knows that Cricket is happy. 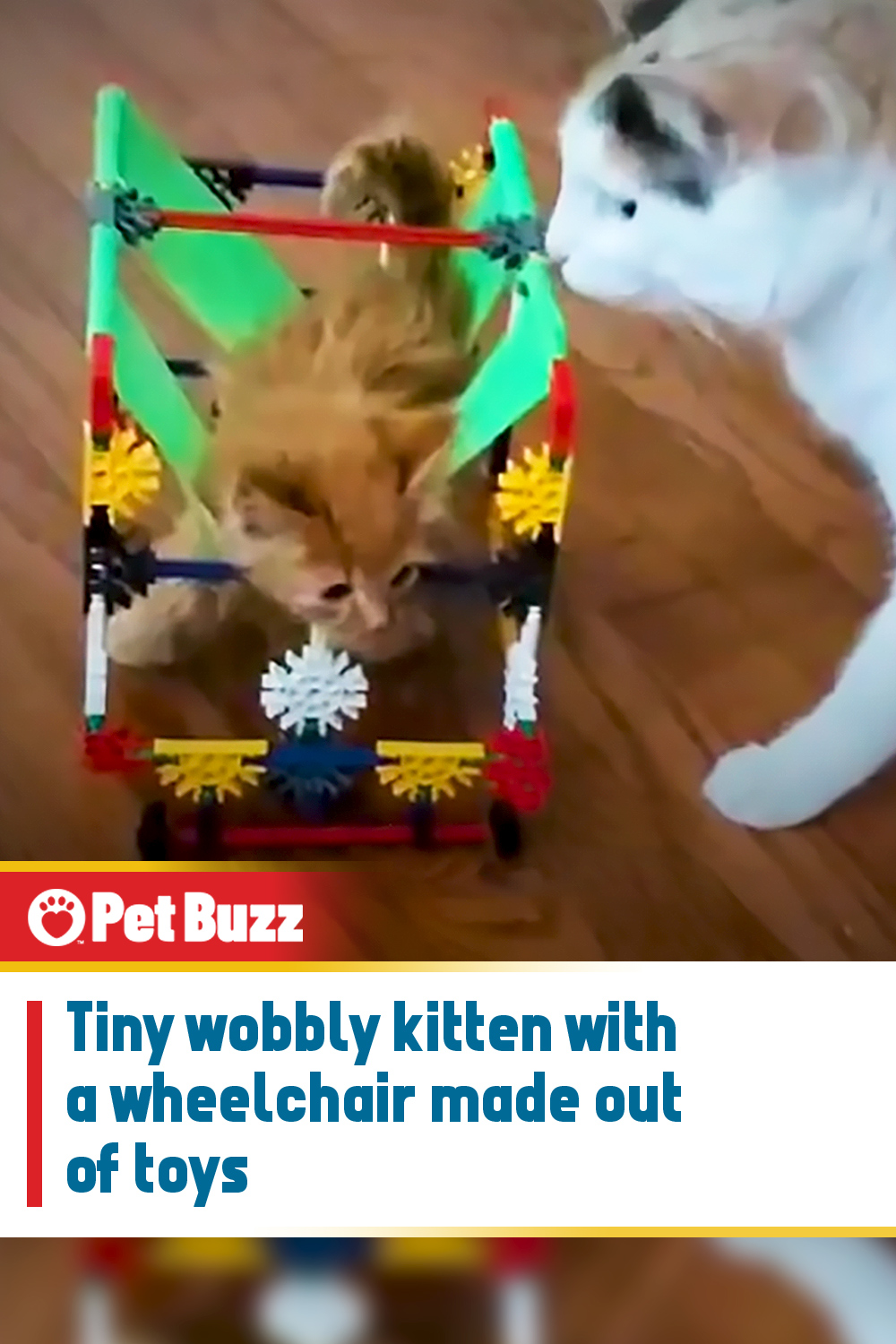