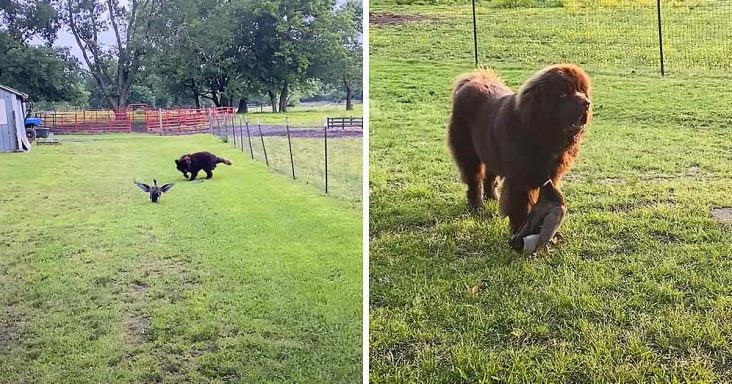 Jessie is constantly amazed by the relationship between her 153-pound dog Biss and a 5-pound duck named Olee. A month after they were adopted, Olee became Biss’ tiny shadow.

Olee would wait by the window of Biss’ room and did not move until Biss came out. Then when Biss finally comes out, Olee excitedly flaps his wings.

Sometimes Jessie sees Biss and Olee swimming in the pool together. Olee dove and splashed around and climbed on top of Biss’ back. Meanwhile, Biss floated without a care in the world.

Biss is a very laidback and easy-going dog, and nothing phases him. On the other hand, Olee is bossy and assertive and believes he is the duck in charge.

Jessie was first blown away by their interaction because they were so comfortable around each other. They ran around the yard together, and Olee ran after Biss when he played fetch.

It was a big shock because Biss was so gentle with such a tiny and fragile creature. Even after a year and a half, the two of them are still inseparable.

There are many more animals in their home, and Olee is more territorial than Biss. Jessie has been enjoying reading them a story about two best friends. They don’t know it, but the book was written about them. 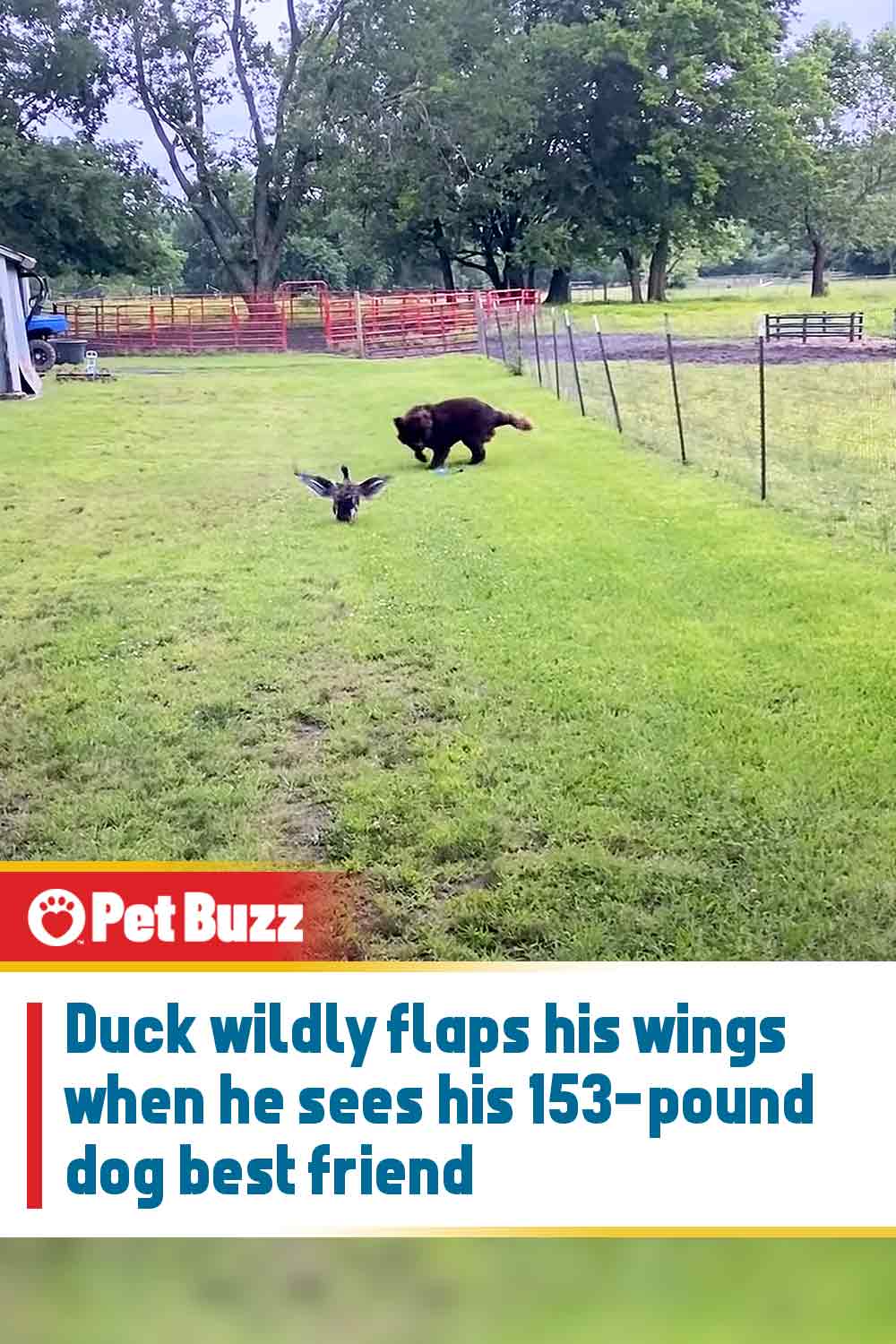