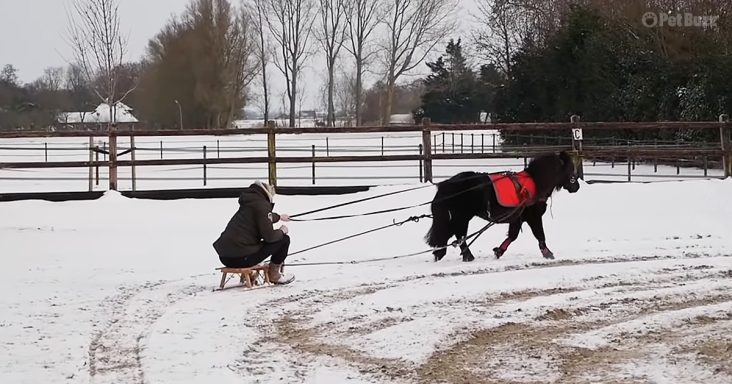 Lots of snow covered the ground, so Jesse Drent and Matt Harnackle had the idea to go sledding with one of their ponies. Jesse mentioned how everyone was buying sleighs, so it was challenging to find one.

Many sleds were ridiculously overpriced, but he managed to buy one eventually. When he went to pull it out, Matt laughed at how small it was. The sled was wooden, and it looked like neither of them could barely fit on it.

Macho, the pony, was waiting while they prepared all the equipment. They took the time to figure out how to properly tie the sleigh to Macho.

Everything was ready to go, and Macho wore a cute bright red outfit. Jesse led Macho onto the snow and sat down on the sled, and he could barely fit on it as Macho started to run slowly.

The sled didn’t go very far, and after some time, Macho picked up speed, and Jesse did his best to hold on. Though the sled stopped because Macho paused to roll in the snow.

Jesse made adjustments to the equipment, and the ride was much smoother on the sled this time around. Matt Harnackle even takes a turn and has fun as well.

He even tries to stand on the sled while it’s moving and can stay on for a few seconds. Jesse follows Matt’s example and stands as well, with Macho pulling slowly. Both of them had a merry day. 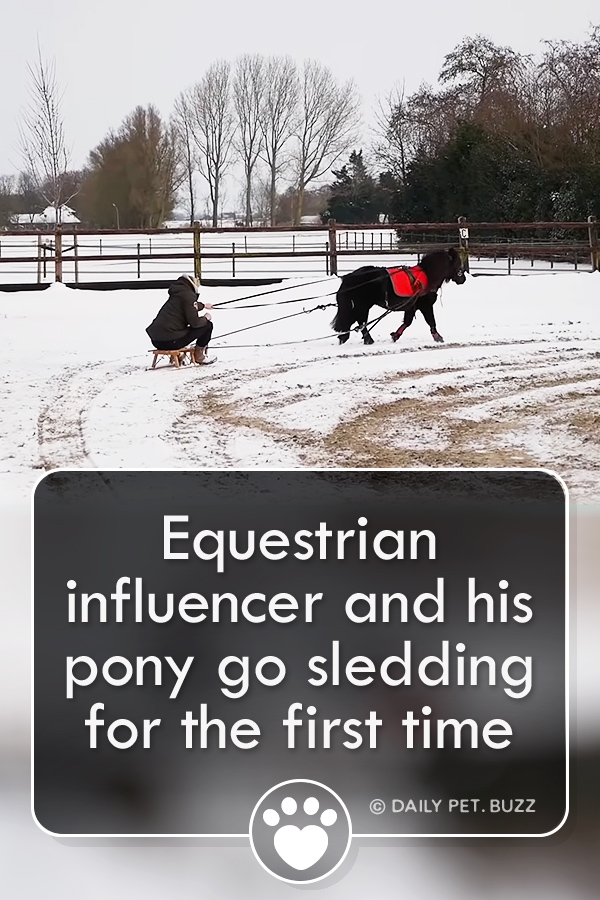