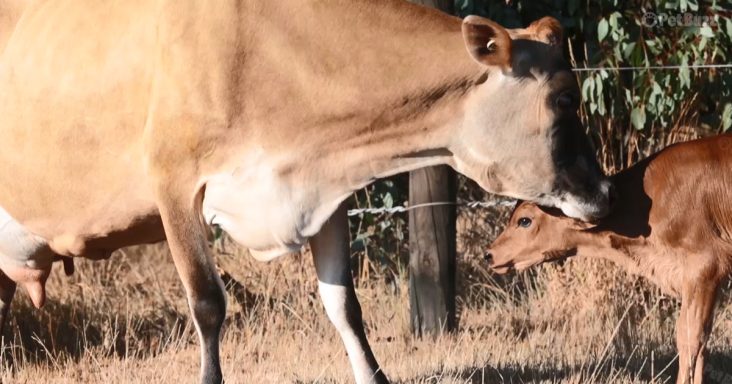 At a farm animal sanctuary named Edgar’s Mission, the volunteers found that one of the cows hid her newborn calf. The mother cow’s name was Clarabelle.

When Clarabelle was at a dairy farm, she was rescued by Edgar’s Mission mere hours before being slaughtered due to low milk production. The organization’s mission is to create a safe haven for all farm animals.

Clarabelle was pregnant, and the rescuers only found that out when she was brought into the sanctuary. A few days before she was expected to give birth, Clarabelle wasn’t acting like herself.

During mealtime, Clarabelle was usually excited to eat, but she seemed anxious and reluctant this time around. Some volunteers started to wonder if she was hiding something.

While exploring the 153 acres of land that Edgar’s Mission covered, they found a calf hidden among the tall grass. The baby cow was clean and a few days old.

That meant that Clarabelle had given birth and hid her baby away, fearing that they would take her. Before she was rescued, all her babies were taken away from her by the dairy farmers.

They named the baby cow Valentine because that was the day they found her. The founder of Edgar’s mission, Pam Ahern, said, “No one’s ever gonna take Valentine away from her mama.” 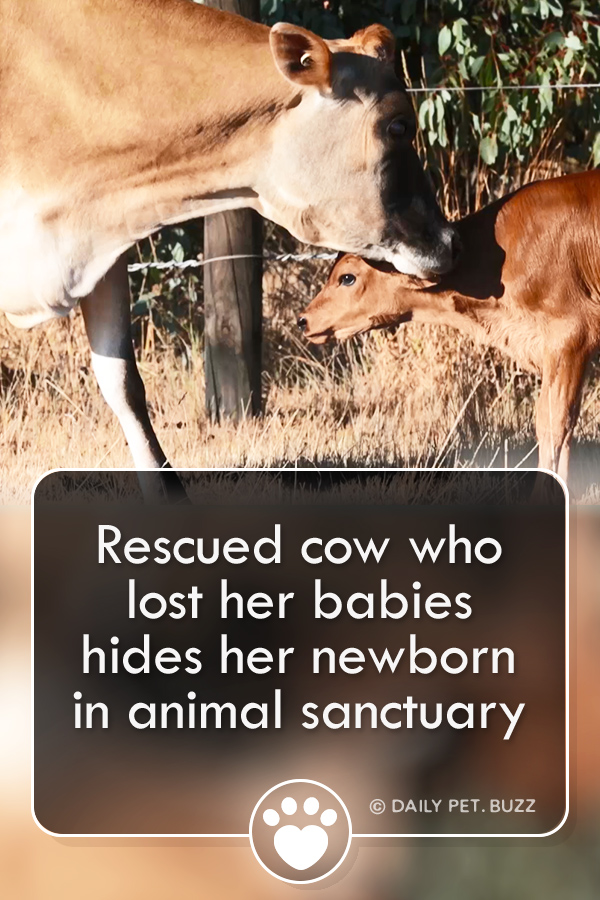