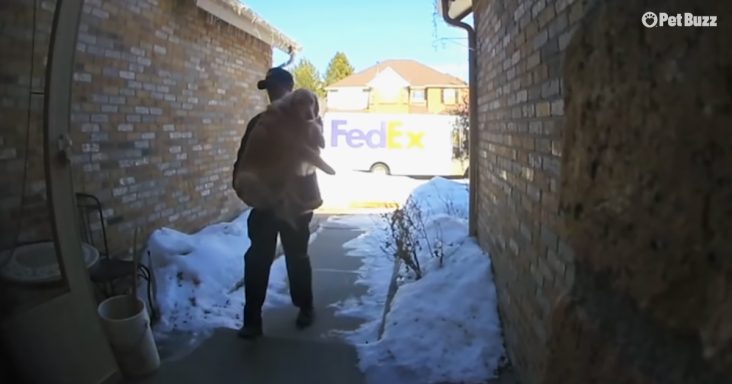 Catcher, an adorable Golden Retriever, escaped from her house, but a selfless FedEx driver delivered her home like a special delivery. Lisa Menzies and her husband were out of town while Catcher was on her own.

Work was being done on the house, and the contractor went outside and didn’t close the door entirely. The wind blew the door wide open, and Catcher took the opportunity to walk out.

Catcher slowly trotted out of the house and onto the neighborhood streets. She could have walked down a busy road or gotten lost far from home. Every moment was captured on the doorbell camera.

Thankfully a kind samaritan spotted Catcher wandering the streets on her own. A FedEx driver saw Catcher’s tag and called Lisa Menzies to let her know that he had her address and is handing over a special delivery.

Lisa was relieved that Catcher had been saved. She watched the footage of the FedEx driver carrying the large Golden Retriever in his arms.

He carried her with such love and care into their house and even locked the door behind him. Lisa said as she watched Catcher being held, she heard the Titanic theme song playing in her head.

After everything that happened, the FedEx driver has become a family hero to Lisa and her husband. She doesn’t know his name and is still looking for a way to thank him in person. 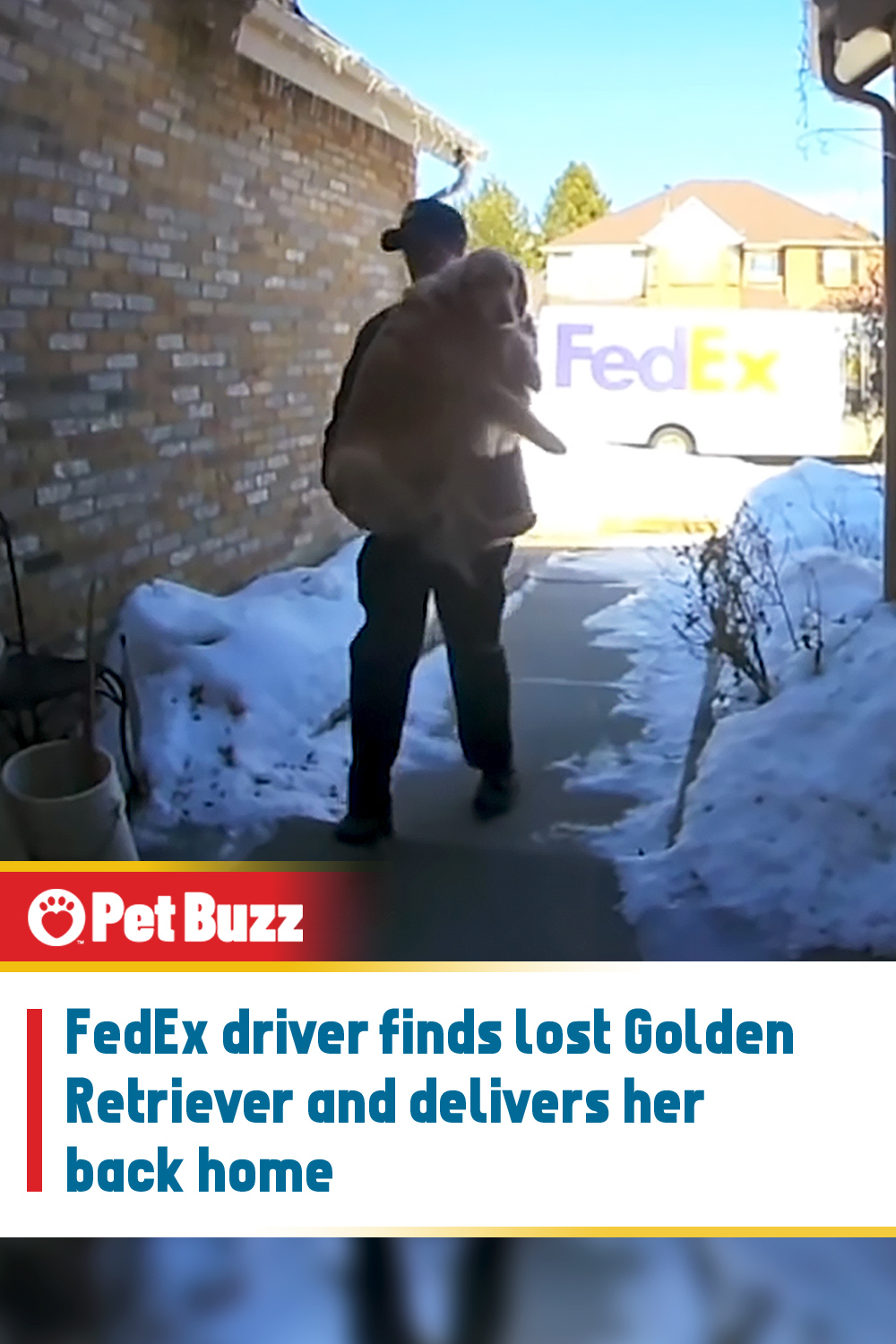