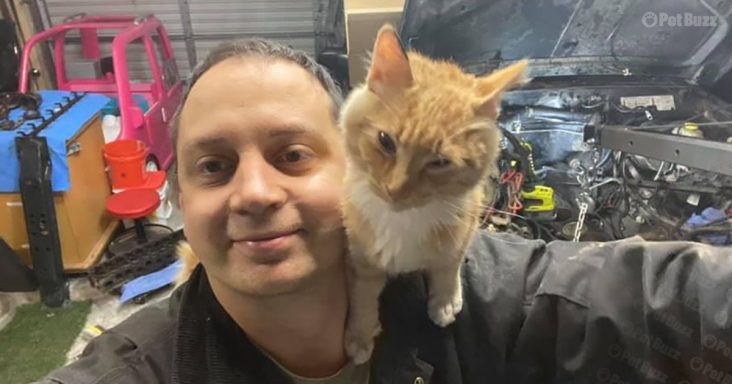 Steve Hammel was busily repairing his jeep when an unexpected guest came in. The cat confidently made her entrance and caught Steve’s attention. He was surprised to see the cat.

The furry ginger kitty jumped on the bonnet like she wanted to offer a “helping paw.” Steve was welcoming, allowing the friendly kitty to cling to his shoulder. They went around the garage for a brief tour and took some photos.

She leaped into the crane for brief supervision and got into Steve’s toolbox. It felt so comfortable as she rolled over on her makeshift couch. Steve searched for her owners but couldn’t get them.

He decided to keep her till he could get her home safely. Meanwhile, Steve’s daughter named her “Sally.” They played together, and Sally received a new tag and some supplies. 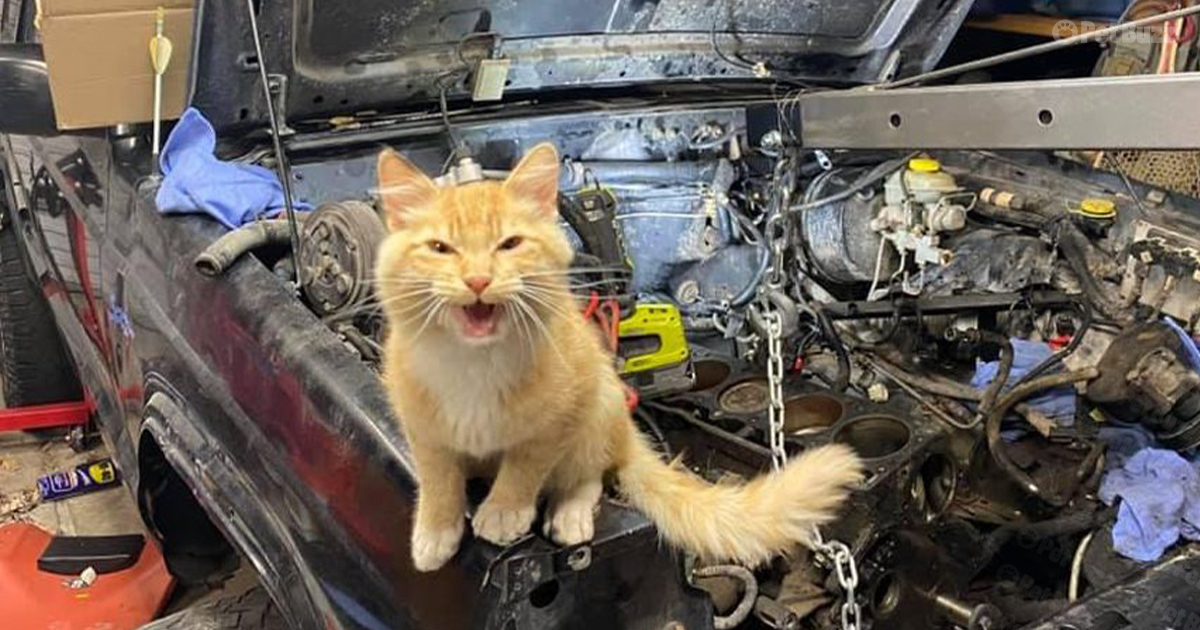 Sally was enjoying her time with Steve’s family. She loved his shoulders and hung on it with her complete set of claws. Steve liked Sally on his shoulder but felt more comfortable in his work jacket.

Sally’s whereabouts spread quickly to the public after Steve made a post on Facebook. He was contacted by her owners, and she was delivered to them in good condition. This left Steve with mixed feelings.

Steve was glad to get Sally home safe, but her departure left a dent in his heart. To fill that hole, Steve adopted a black cat. He tagged her “Sally 2.0.” Sally’s presence made Steve realize the missing piece in his family—a furry, friendly feline. 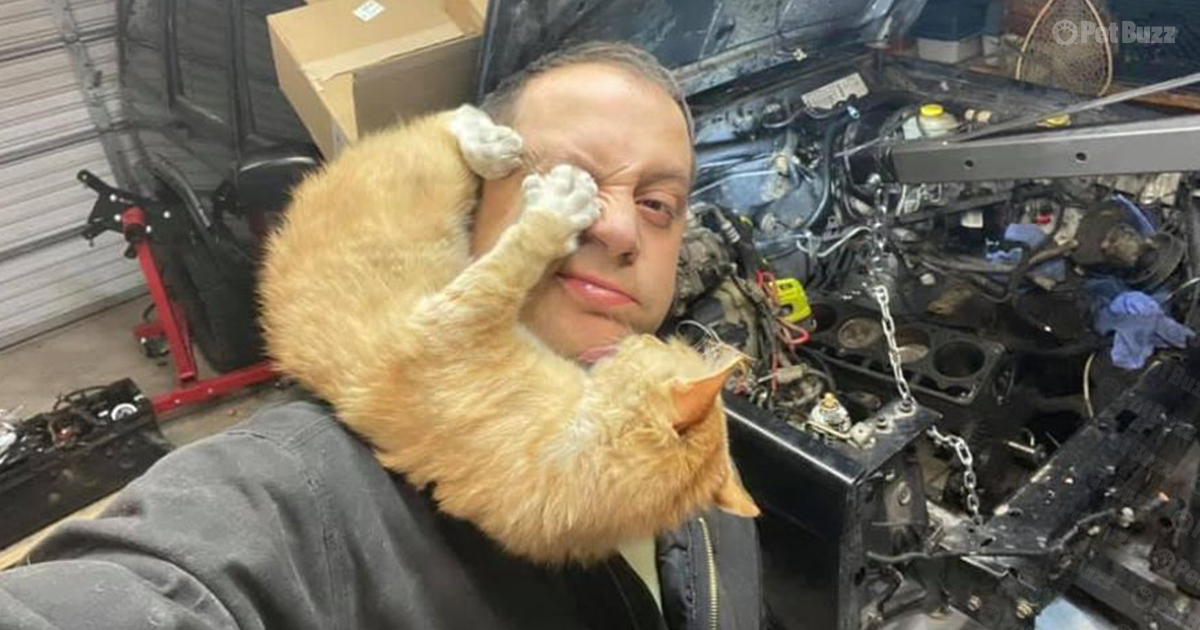 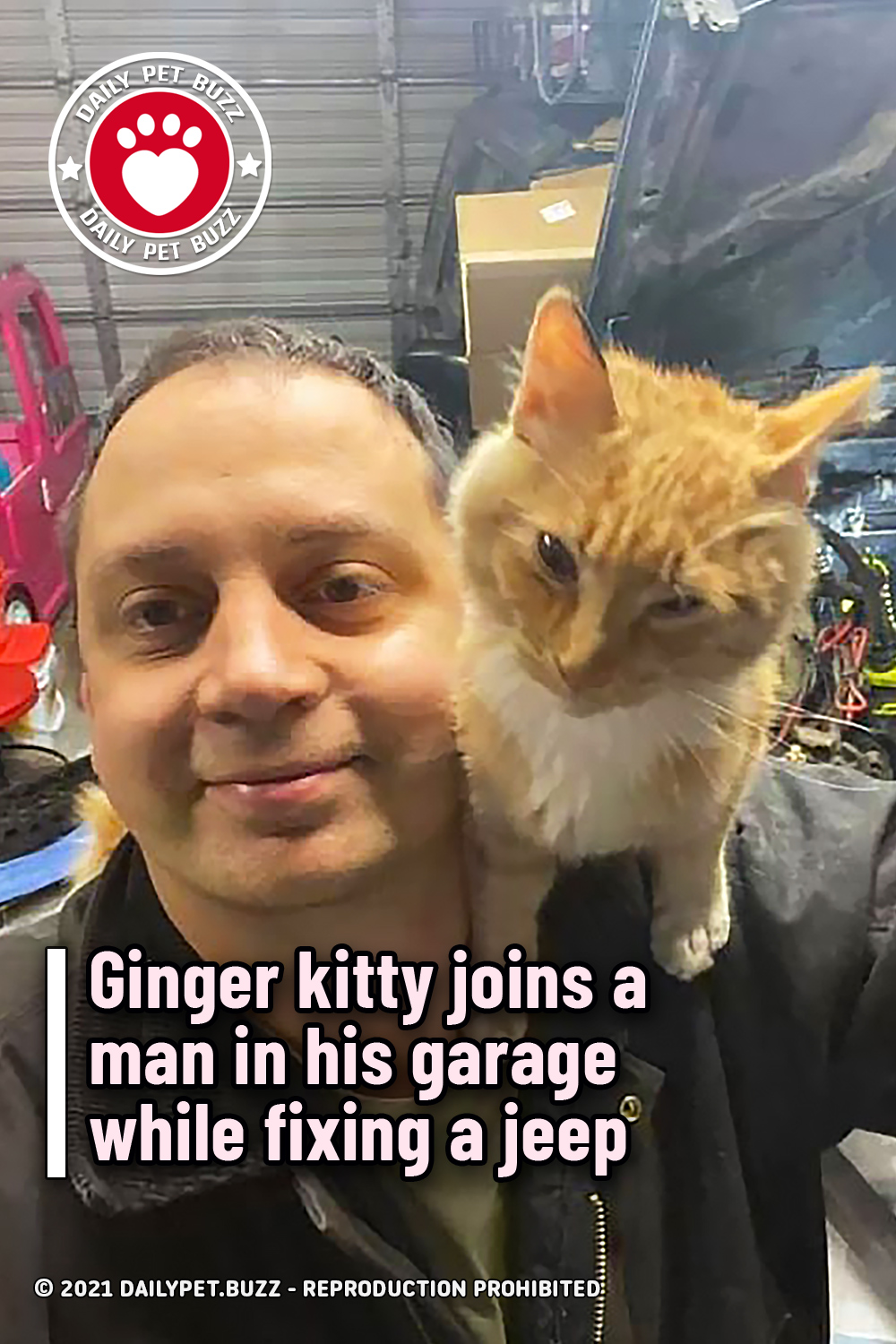