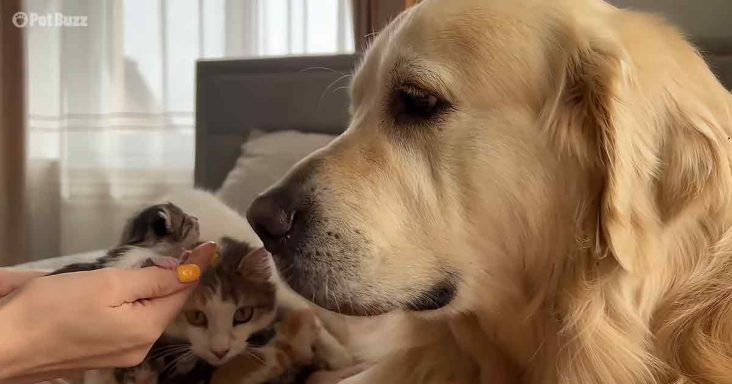 Bailey, the Golden Retriever, was excited to meet a mama cat and her newborn kittens. The cat was on a bed nursing her four kittens when Bailey entered the room.

There was already trust between the cat and Bailey. He ran straight to the feline family and began gently sniffing the kittens, who were only as big as the palm of a human.

While the mama cat was fine with Bailey, she kept a watchful eye on him and softly pushed him away from her kittens so he wouldn’t smother them if he got too excited.

Bailey knew how to handle the kittens, especially those so fragile and small. He practically had a smile on his face as he took in the scents of each one.

The kittens hadn’t even opened their eyes yet because they were so young. They nursed on their mother while she groomed them and herself. Bailey jumped on the bed next to them.

It appeared that Bailey wanted to stand guard, and he sat close to the cat and her kittens. He was still wagging his tail, and he was courteous enough not to disturb them any longer.

The cat was amiable and appreciated Bailey’s company. Bailey was happy to keep a watchful eye, and he sniffed the kittens when they came close to him. He was very much a proud uncle. 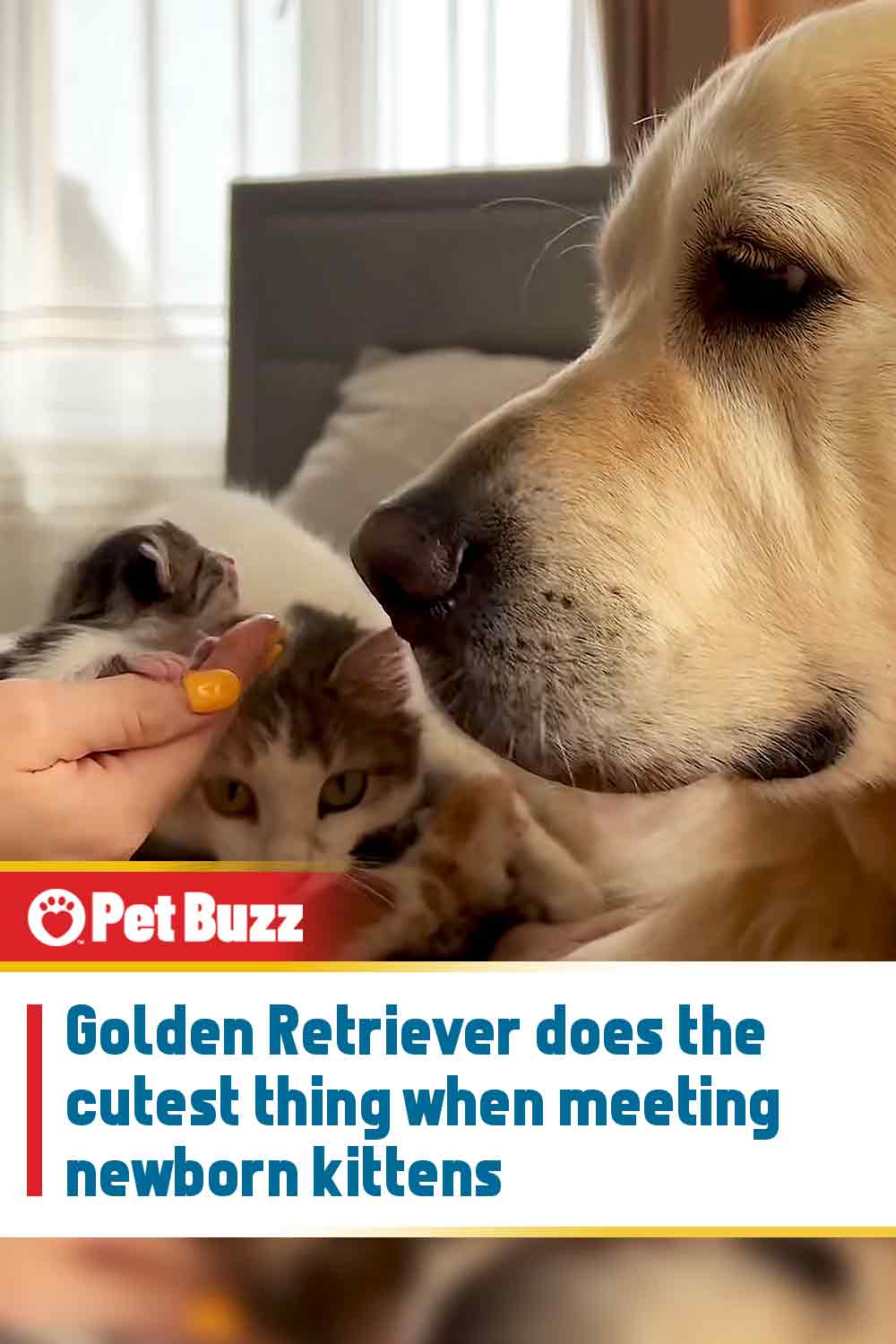