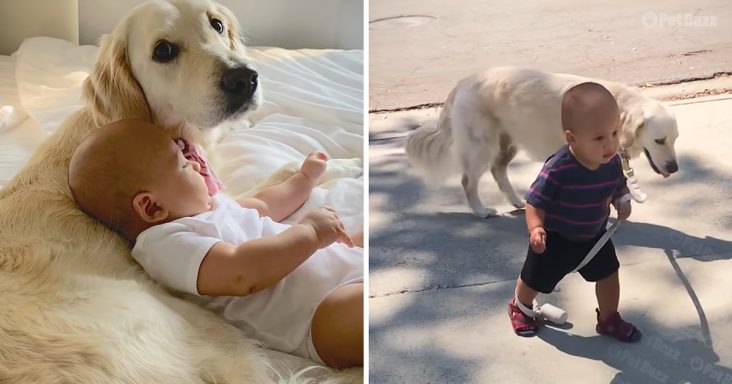 Golden Retrievers are highly appreciated for their nature as charming and playful dogs that enjoy being part of a family. They will show their senses of gentleness and softness any time they interact with babies.

Apart from being good with children, goldies can also be extremely good for toddlers. In particular, children who grow up with golden retrievers tend to develop a sense of adulthood responsibility.

Meet Harlow, a Golden Retriever girl who prepared her owner’s son, Carter, for his new role as a big brother. Surprisingly, Harlow was the first ‘daughter’ of her owner’s family long before Carter came. So he could quickly tell whether something was good or bad for Carter.

When Carter arrived home from the hospital, Harlow showed his owners the best definition of a friendly golden retriever. Sibling rivalry never crossed Harlow’s mind. Instead, the doggy kept on smiling and tail wagging as she welcomed the new family member.

It is incredible how Harlow took on her new responsibility as a nanny dog, not knowing that she was preparing Carter for a forthcoming role as a big brother. Harlow spent hours sleeping near Carter just to ensure that her human sibling was safe.

The doggy was keen to take Carter through all stages of life as a toddler and even taught him how to play with toys around the house. The two siblings would go on the trampoline, sit in the wagon and go for walks together. Carter enjoyed every bit of the interactions he had with Harlow.

Things took a new direction when Carter turned two. The siblings changed roles as Carter started feeding, bathing, and walking her around. Well, Carter was ready to welcome his sister as he had learned how to treat other people gently. 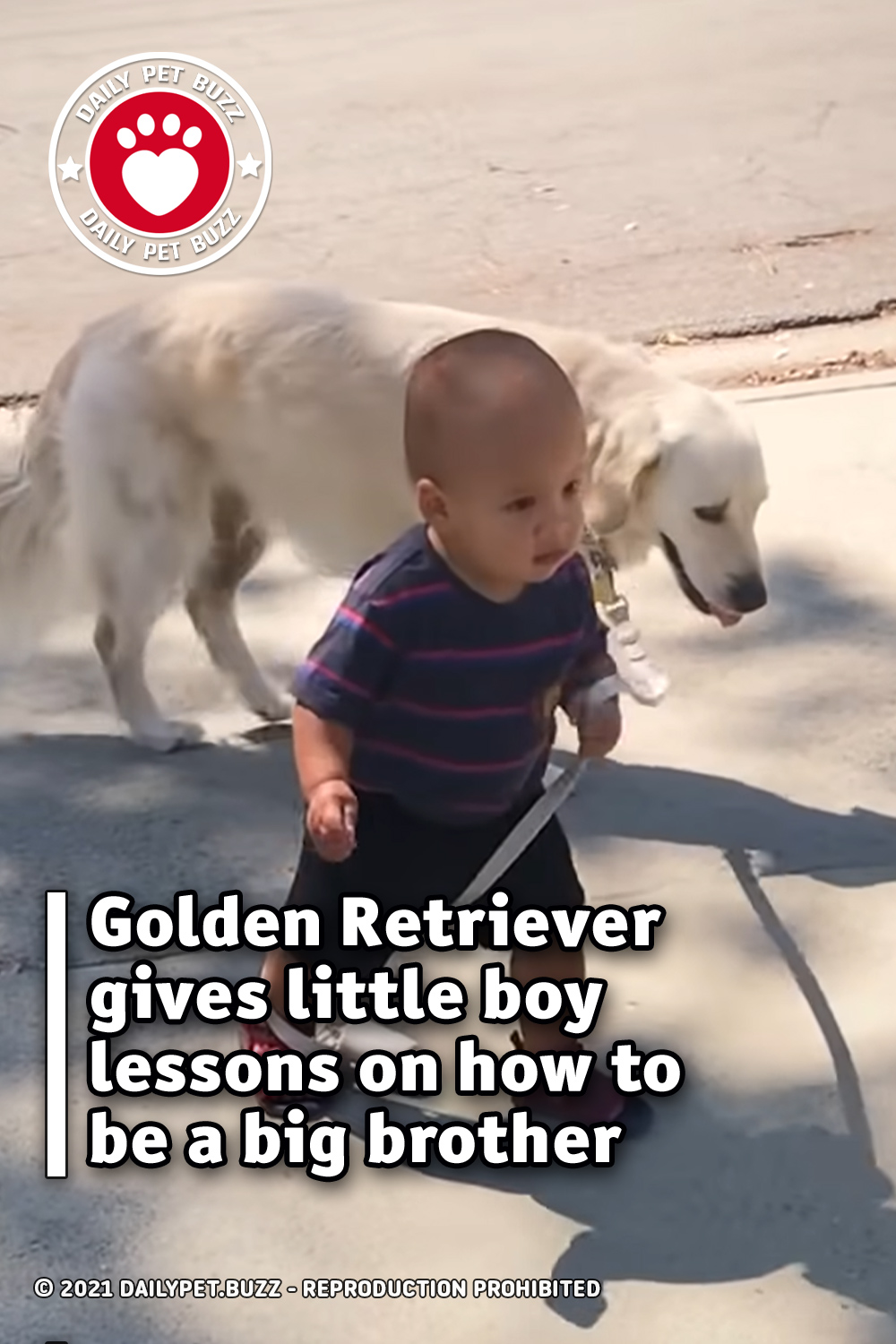