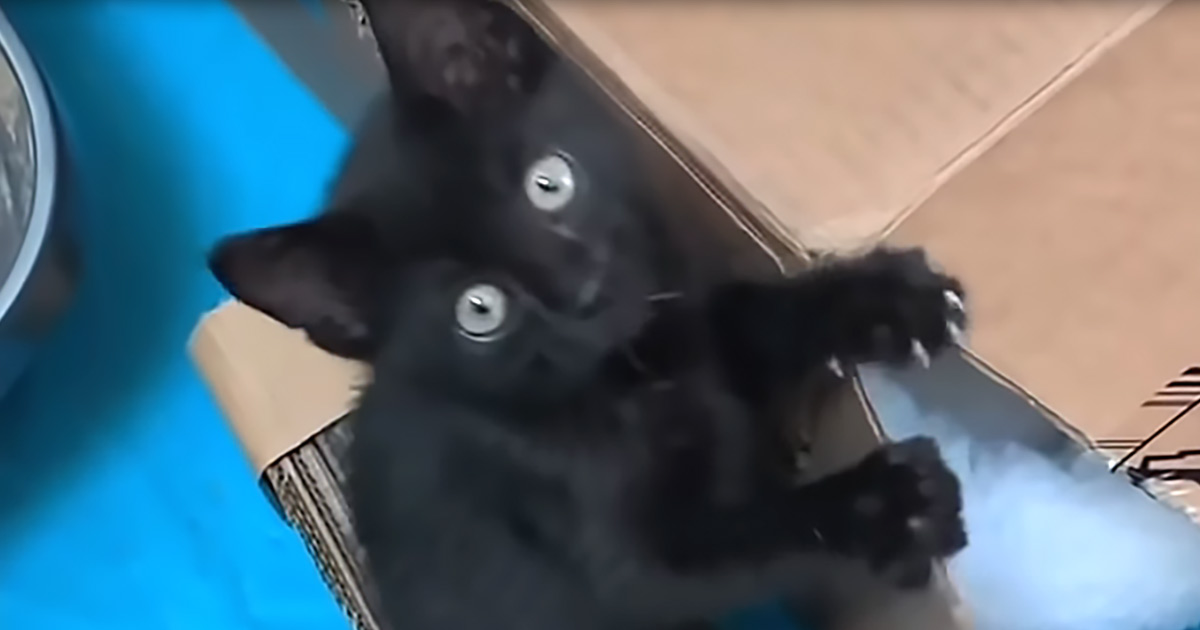 It started with a small black figure streaking across their back porch. Identifying the flash as a young kitten, Illinois residents Marc and Beata put a bowl of food on the patio for the ravenous youngster to devour. Initially anxious in the presence of his benefactors, over the course of several days he learned they were trustworthy. Over that hurdle, the little feline changed his tune. Now it was time for him to find a way into their house – and their family.

Beata and Marc didn’t try to resist, although the persistent little feline, who they had taken to calling Smucci, really gave them no choice, attempting to come inside whenever the door was open. They knew he was destined to join their family, which also included a dog – Haruki.

To be cautious, since they didn’t know how Haruki would respond to the miniature interloper, the couple bought a playpen, along with some other essential cat supplies. Smucci, having begun his short life in the free outdoors, learned very quickly how to escape the playpen that was meant to keep him safe.

Fortunately, Marc and Beata needn’t have worried. Haruki and Smucci quickly became buddies and the playpen became a distant memory. Now the two play together and nap together, and the couple quip that despite his role as most diminutive household member, Smucci runs the show. What else would they expect from the little feline who had decided to adopt them and move into their house? 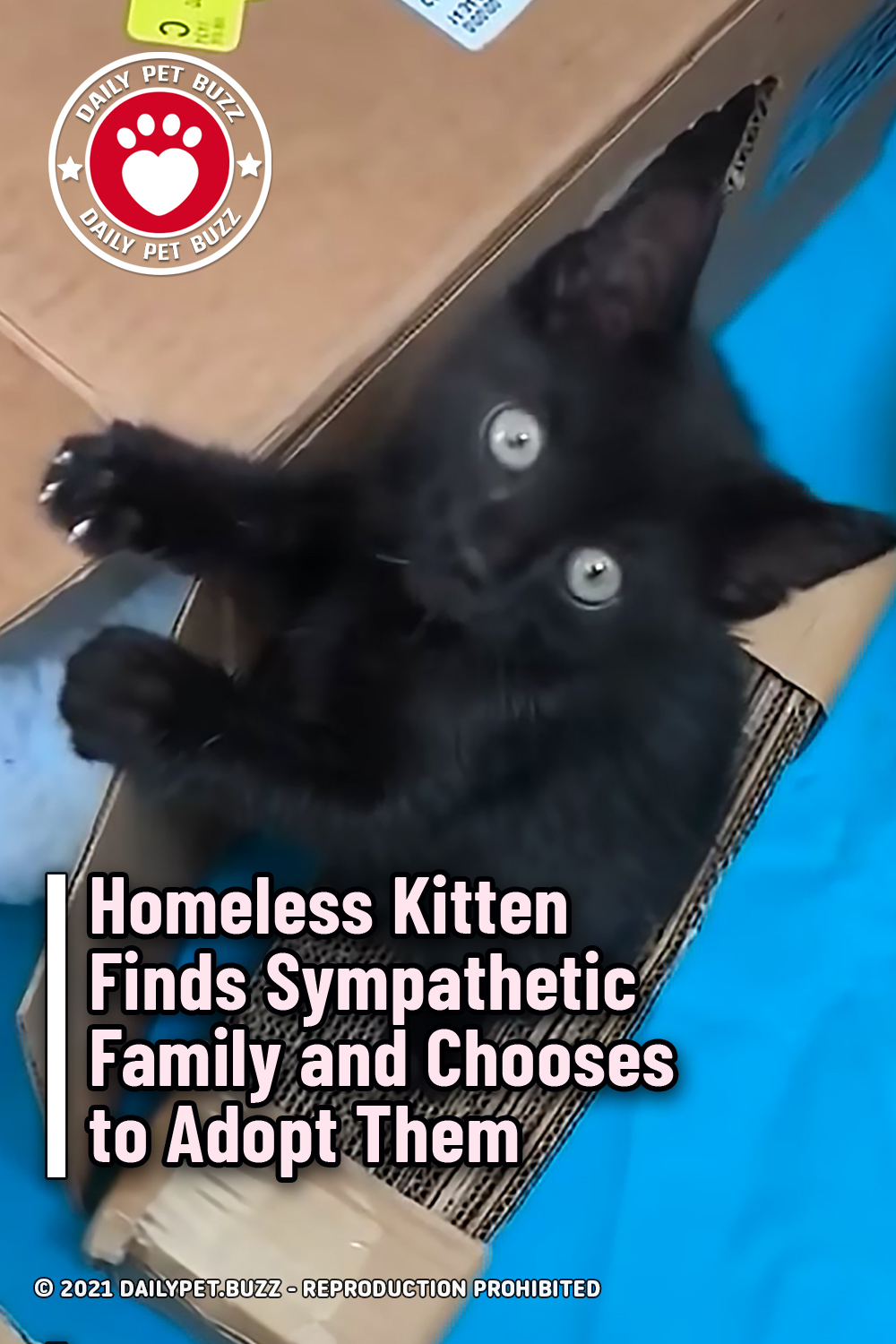