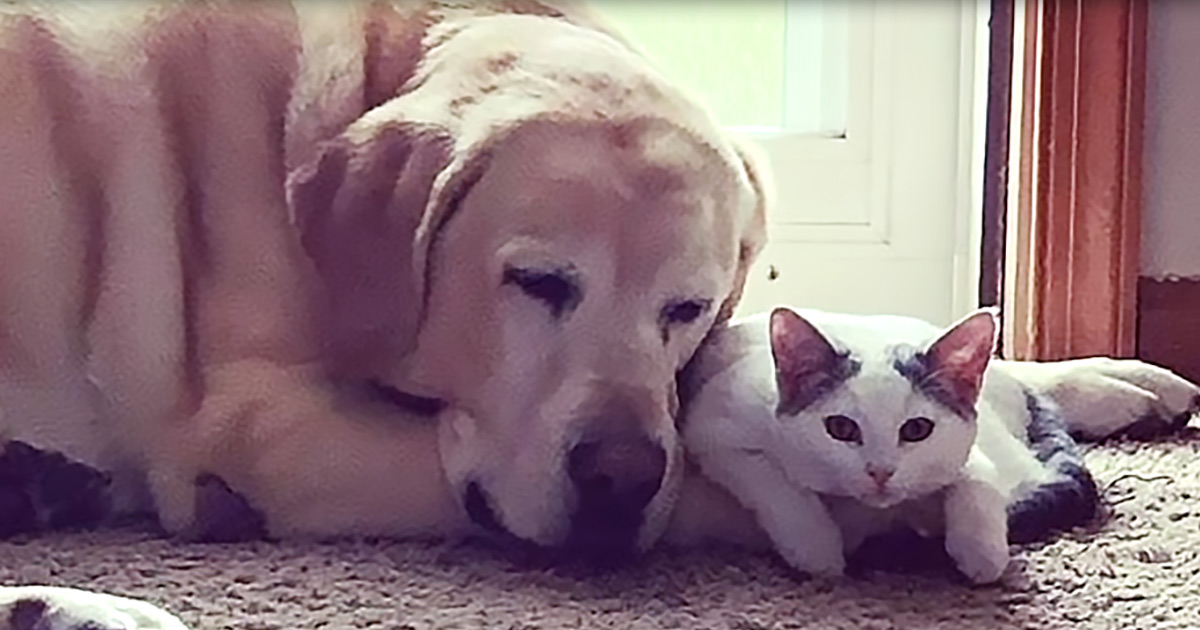 When mom of five pets, Morgan, heard tiny feline cries coming from the brush behind her farm, she hadn’t planned to add to the family, but she knew she couldn’t dismiss the plaintive crying. She had one of her cats help lead her to the source of the desperate sound and brought the white ball of fur into the home to meet the rest of the animal family.

The newcomer, since named Polly, was infested with fleas and needed a bath without delay. Hearing the indignant yelling from the miniscule kitten during bath time, Morgan’s large senior Labrador retriever, Pax, came to investigate. The compassionate dog immediately assumed the role of parent by proxy and consoled the crying baby, who found comfort in his warm fur and drifted off into dreamland.

The die was cast, and from that time forward, Polly and Pax became inseparable friends. While Morgan bottle-fed the infant feline, Pax waited unwearyingly for the meal to be finished so that he could undertake the Lacleaning tasks that follow mealtime. He was the perfect nursemaid for the helpless, tiny creature, and his reward was the tasty milk that she inevitably slopped onto herself while she ate.

Over time, Polly grew and, as babies do, learned the ways of the world from Pax, his primary caretaker. Amusingly, that included absorbing inherently canine characteristics and habits, such as a feline mock version of barking. An older teenaged kitten now, Polly still shadows her big buddy, Pax everywhere he goes. The two play together and sleep together, best friends forever. 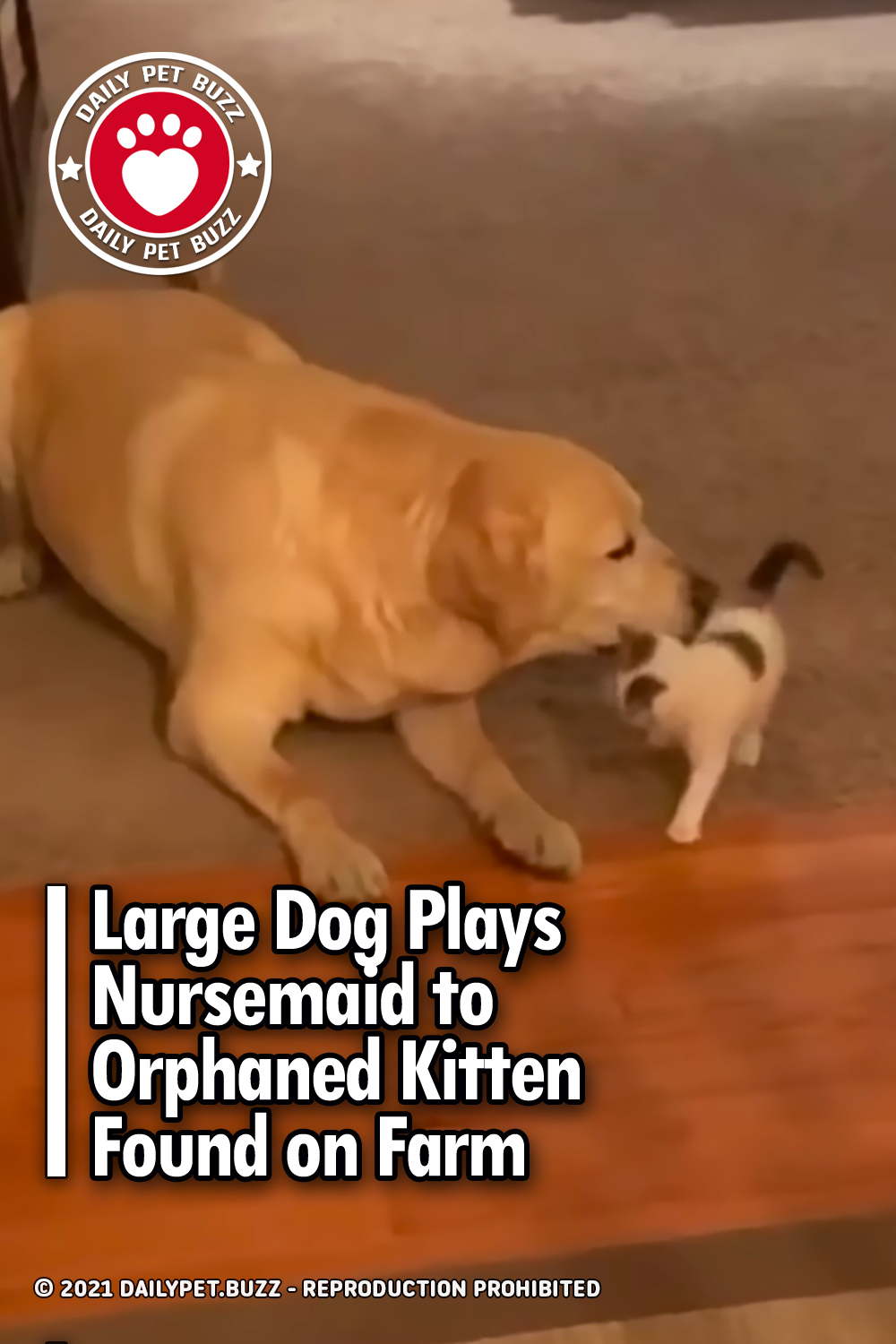