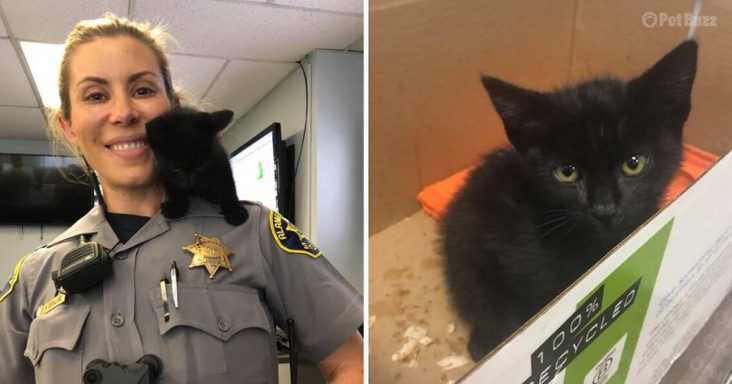 In the Sheriff’s office of Alameda County, California, a stray cat had joined the force by walking into the building. Before stepping into the Eden Township station, the kitten was seen waiting outside for a few days.

The tiny kitten then finally walked in after he mustered up all the courage. Everyone in the Sheriff’s office took to him quickly, but they weren’t sure what to expect from him at first.

Once inside, the kitten did not leave. The officers found him in the sergeant’s office. He had actually taken over the printer by taking a nap on top of it. 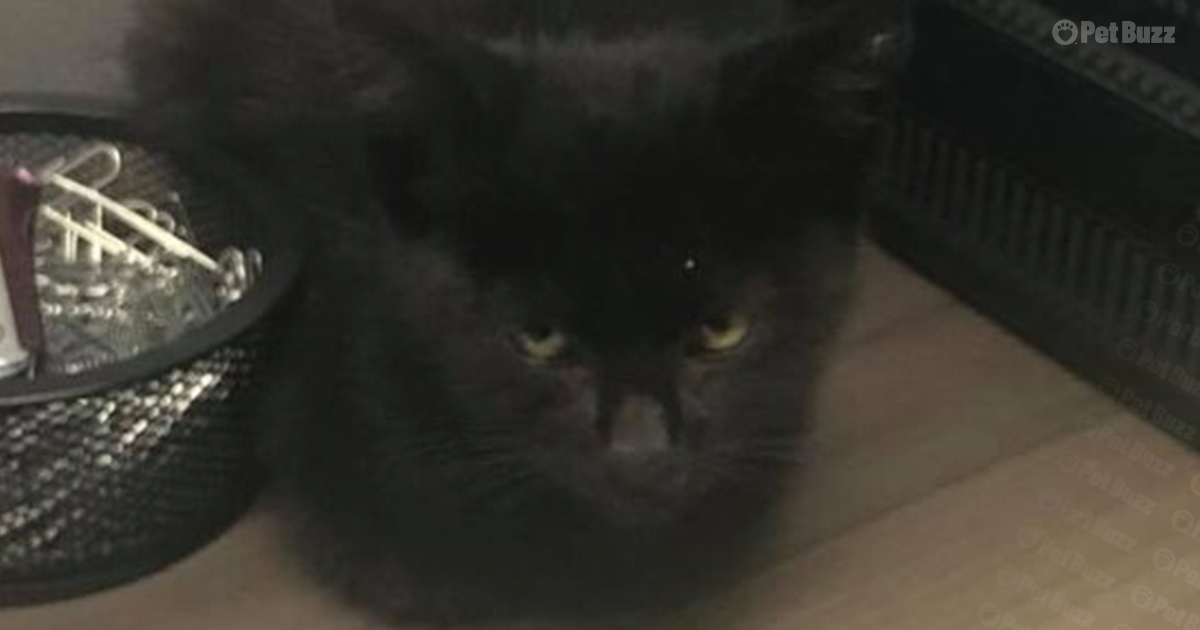 After some time, they revealed the good news that Deputy Scalise was going to adopt the kitten. She took him to the vet to make sure he was strong and healthy.

The kitten has a place of work and a home to sleep in. It was a great day for the brave kitten, but they still didn’t have a name for their new friend.

The Sheriff’s office went online to ask people what they should name him. Some of the suggestions were: “Copy Cat, Recruit, Frisk-y, Justice, Radar, Herbie, Deputy, Sheriff Meowser, Toner, Sergeant Gato, Bandit, Tracker Prowler, and K9.”

It was a great few days for the kitten. He was simply looking for a place to rest, and he ended up finding lifelong friends and a new home to enjoy. 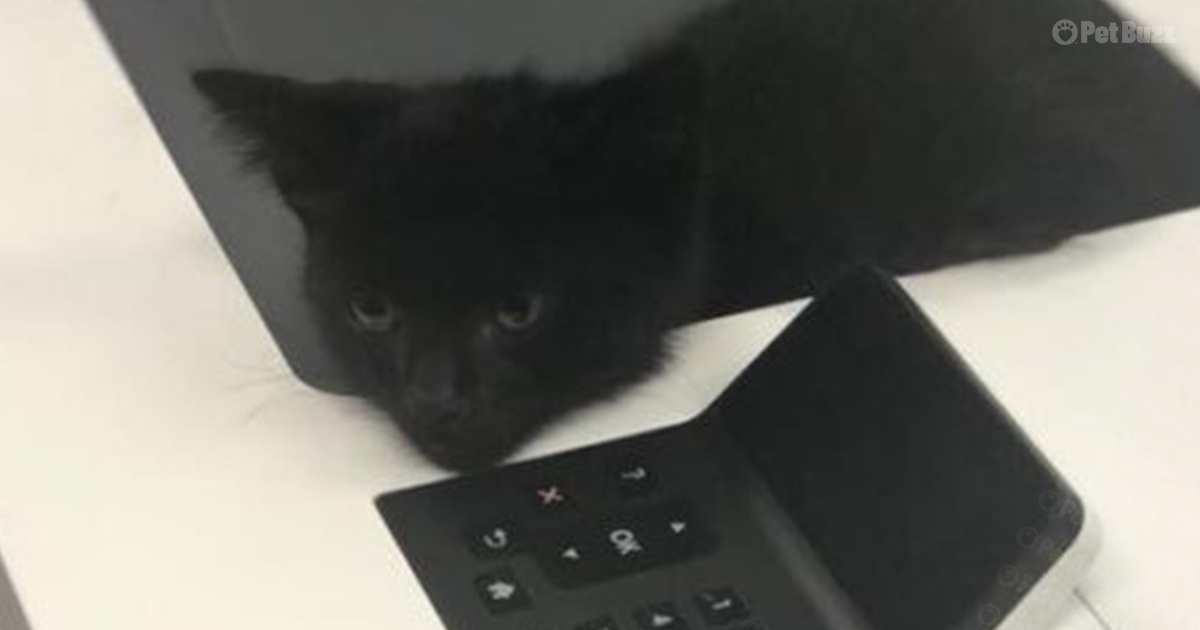 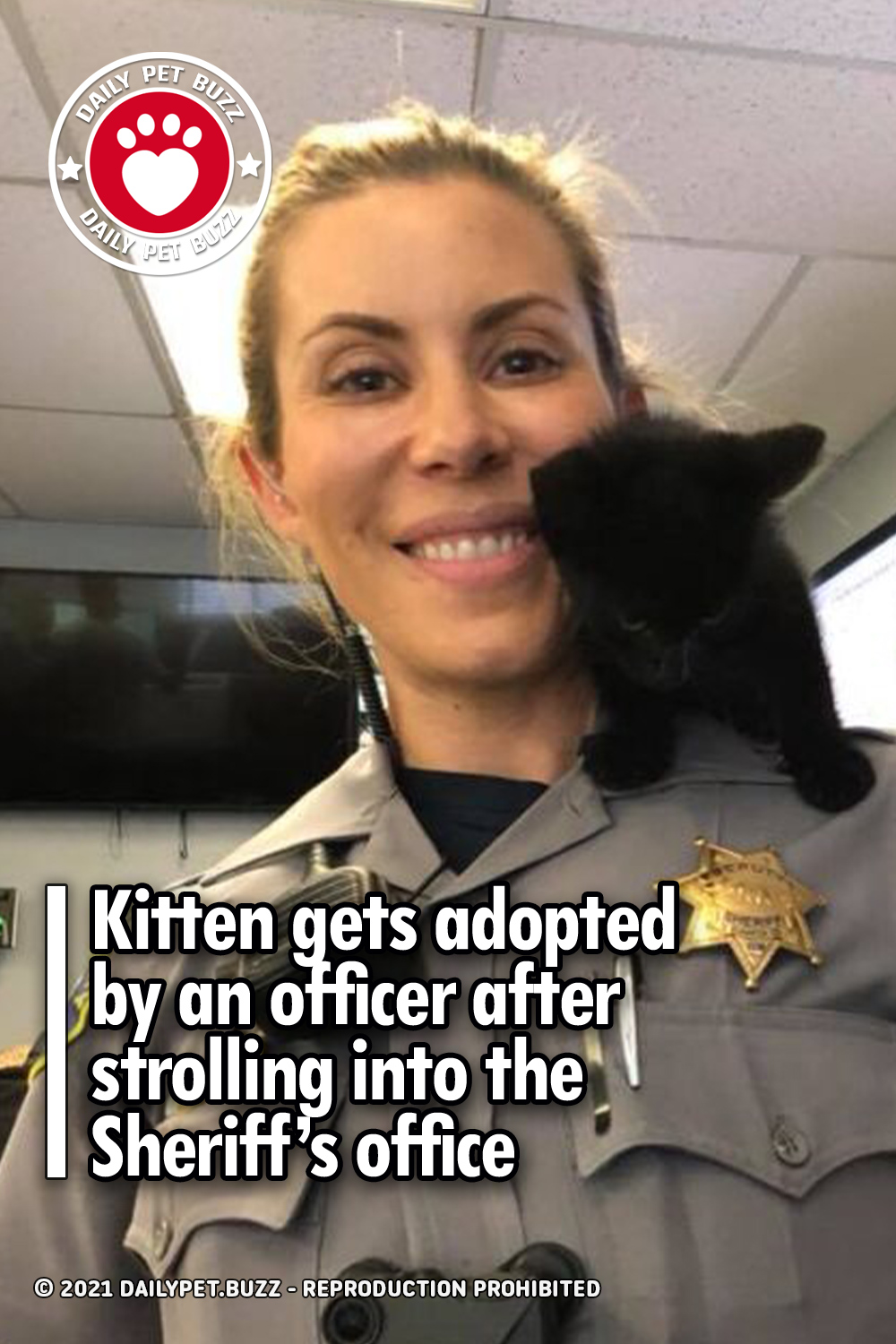