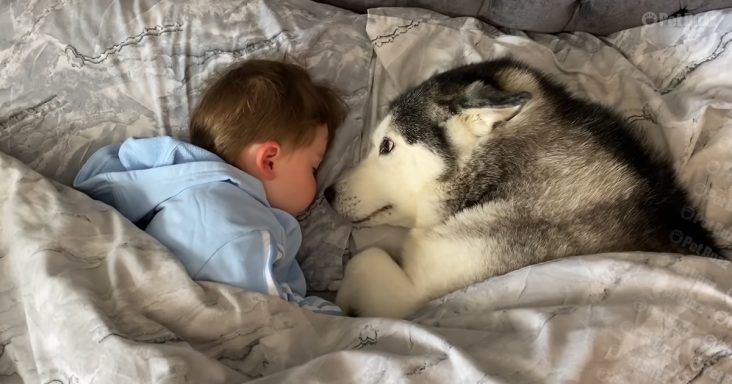 For many years now, a Youtube channel called milperthusky has been sharing home videos of their adorable and hilarious huskies called Millie, Rupert, and Lola. With over 2 million subscribers, their videos have always reached hundreds of thousands of viewers.

But this video, in particular, has gone viral, getting them close to 20 million views, and for good reason. It is one of the most adorable scenes ever of Millie refusing to let the couple’s son Parker sleep by himself.

It starts with Parker and his dad, Aaron Wallman, entering the bedroom to see Millie already in bed snug under the covers. She gives Parker the sweetest little kisses when he crawls in beside her.

After a short game of peek-a-boo, Aaron gives Parker his milk bottle. At this point, Millie begins to paw gently at the boy’s shoulder, begging for a sip.

The sweetest moment of the video is probably when dad and Parker give Millie a belly rub, and when they’re done, Millie puts her paw on Parker’s shoulder demanding more.

After he’s done with his “bot-bot”, Aaron takes the cover off of Millie and tries to get her to get off the bed. Upon seeing that Millie has no intention of leaving, he simply laughs and puts the cover back on her.

The scene ends with Millie looking lovingly at Parker while he sleeps before falling asleep herself as dad films the scene to share with the world. 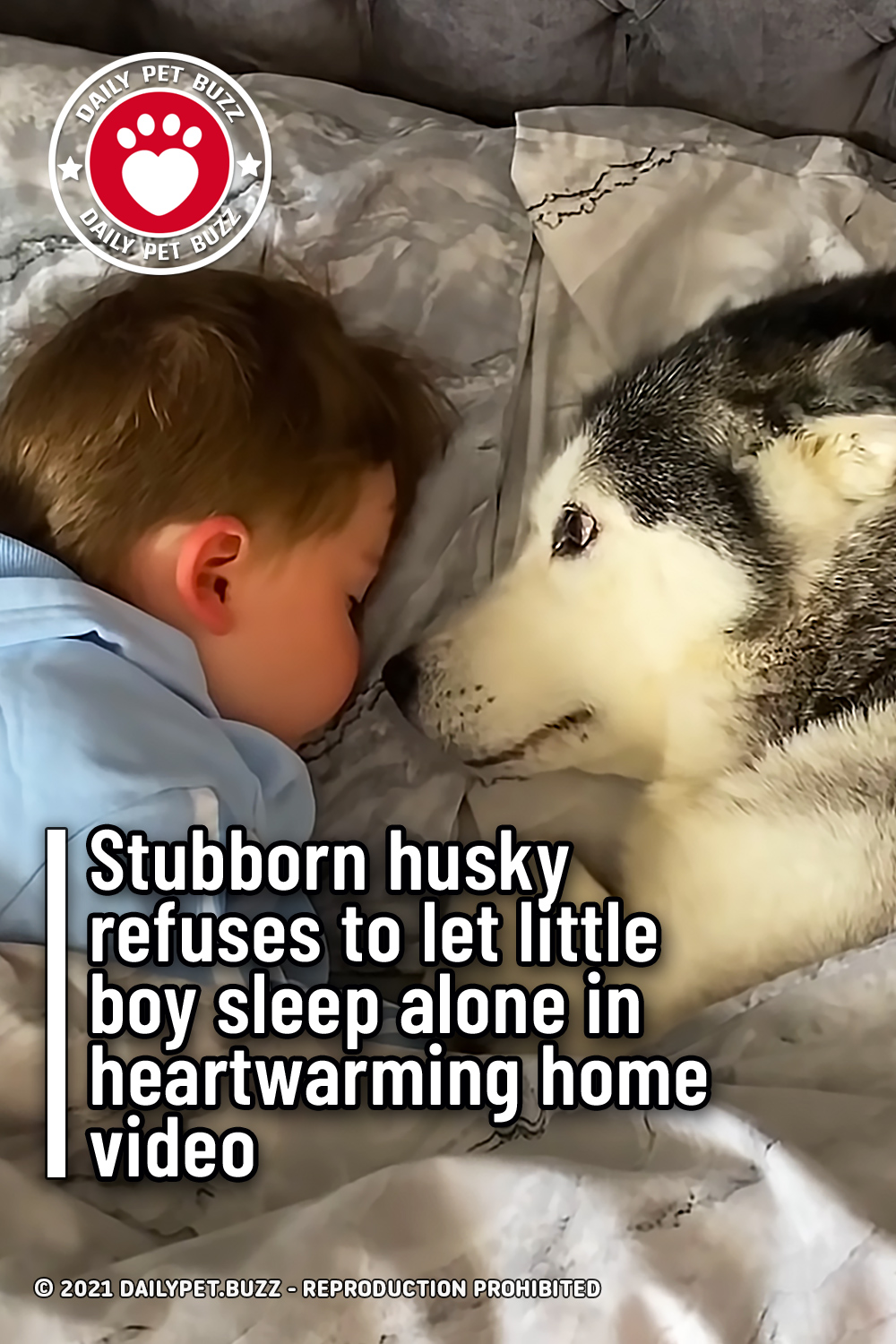