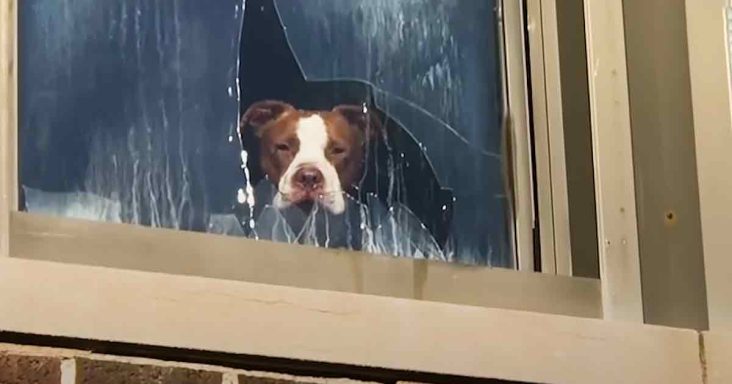 Ollie the Pitbull was rescued from an abandoned school, and no one knows how long he lived there. Donna of Stray Rescue of St. Louis saw him through a window on the second floor.

The window was broken, and they used a ladder to climb up and inside the building. Donna walked around and saw nothing but old desks and school materials.

She didn’t see Ollie at first, but she could hear him. Then he approached them slowly, and his posture was really low. Ollie didn’t assume an aggressive stance, and Donna figured that he didn’t have a single aggressive bone in his body.

They greeted Ollie and gave him a lot of pets and scratches. He had been in the school long enough to know how to navigate around it. Then they slowly carried him out through the window.

Donna became tearful and emotional when she recalled how thankful Ollie was when he was rescued. It wasn’t long before he was adopted.

Everyone at the shelter loved him. Cassie saw the video of his rescue and immediately fell in love. She took him in, and Ollie was happy and comfortable in his new home.

Ollie loves going on walks and chewing on his toys. He gives the best greetings, and his tail is constantly wagging. Cassie said he was the perfect addition to their home. 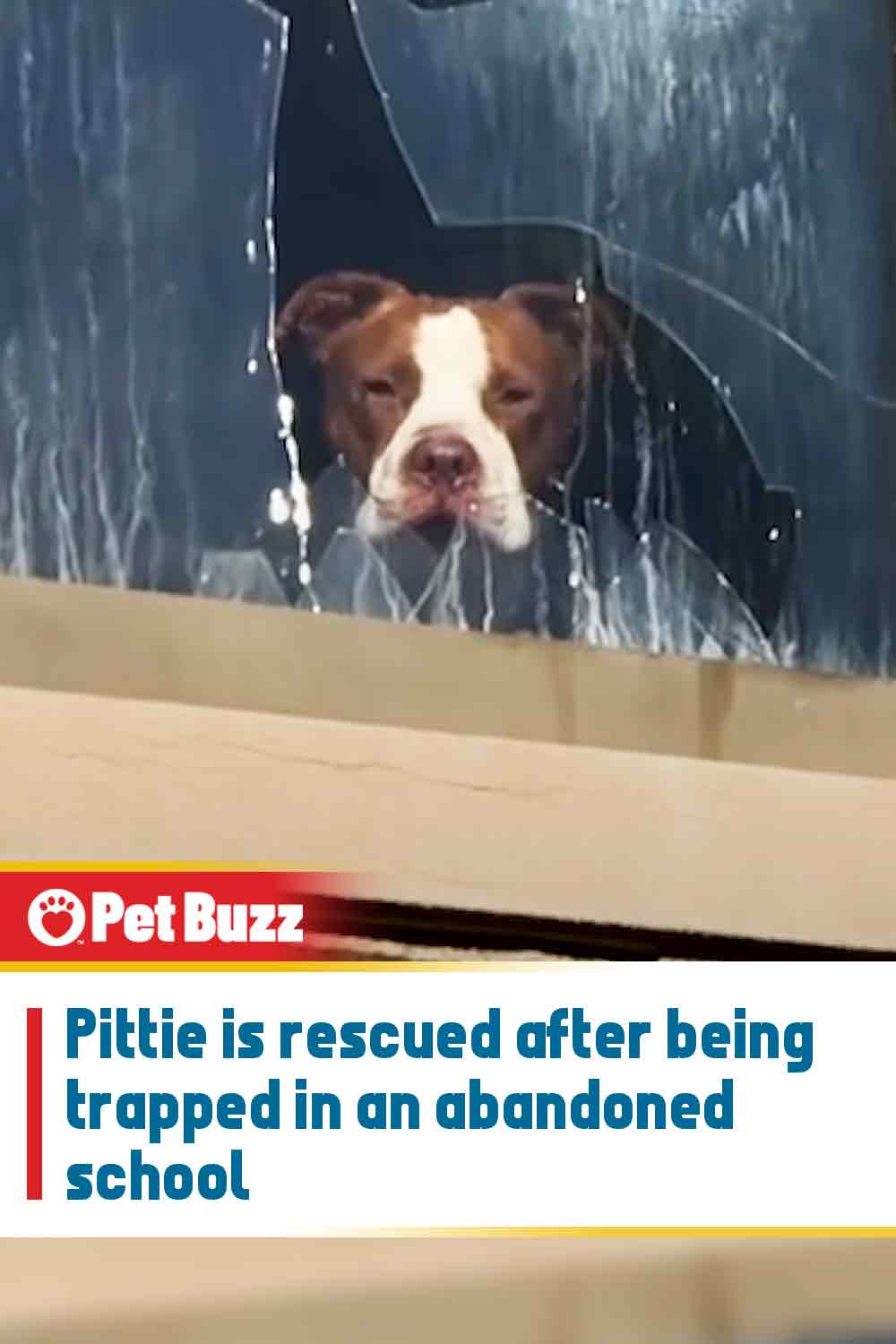