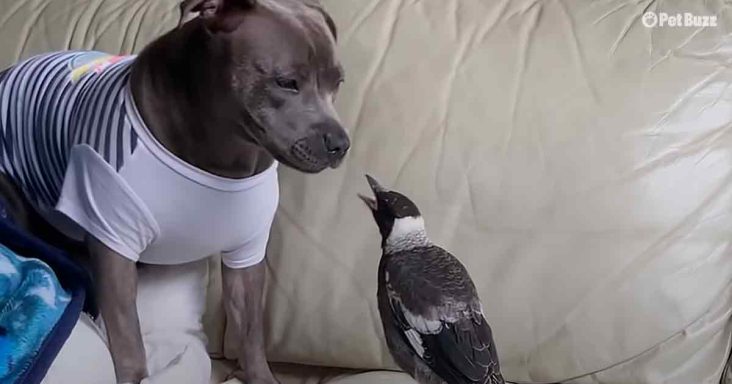 Peggy the Pittie took on the role of mother after Reece and Juliette rescued a Magpie named Molly. They brought Molly home after they found her weak and tired.

At first, Peggy was afraid of Molly, but she was curious. Juliette kept a close eye on both of them. Over time Peggy got close enough to sniff Molly’s beak.

Molly and Peggy would lie next to each other without touching until they found the two of them snuggling on the floor together one day. Ever since then, they were rarely apart.

After a while, they noticed that Peggy was producing milk. They thought she was pregnant and took her to the vet. Peggy was experiencing a phantom pregnancy which was common for dogs if they’re nurturing something.

Molly sees Peggy as her mom, and she thinks she is a dog. She will stand on Peggy’s back and fall asleep right there. They follow each other around and groom each other constantly.

Peggy always loved sitting in the backyard and watching the trees and the birds. Molly copied her, and they stayed there together, appreciating the view. They especially enjoy watching the rain.

What Molly and Peggy have is an astonishing relationship between two very different animals. Juliette says they are here to spread love. 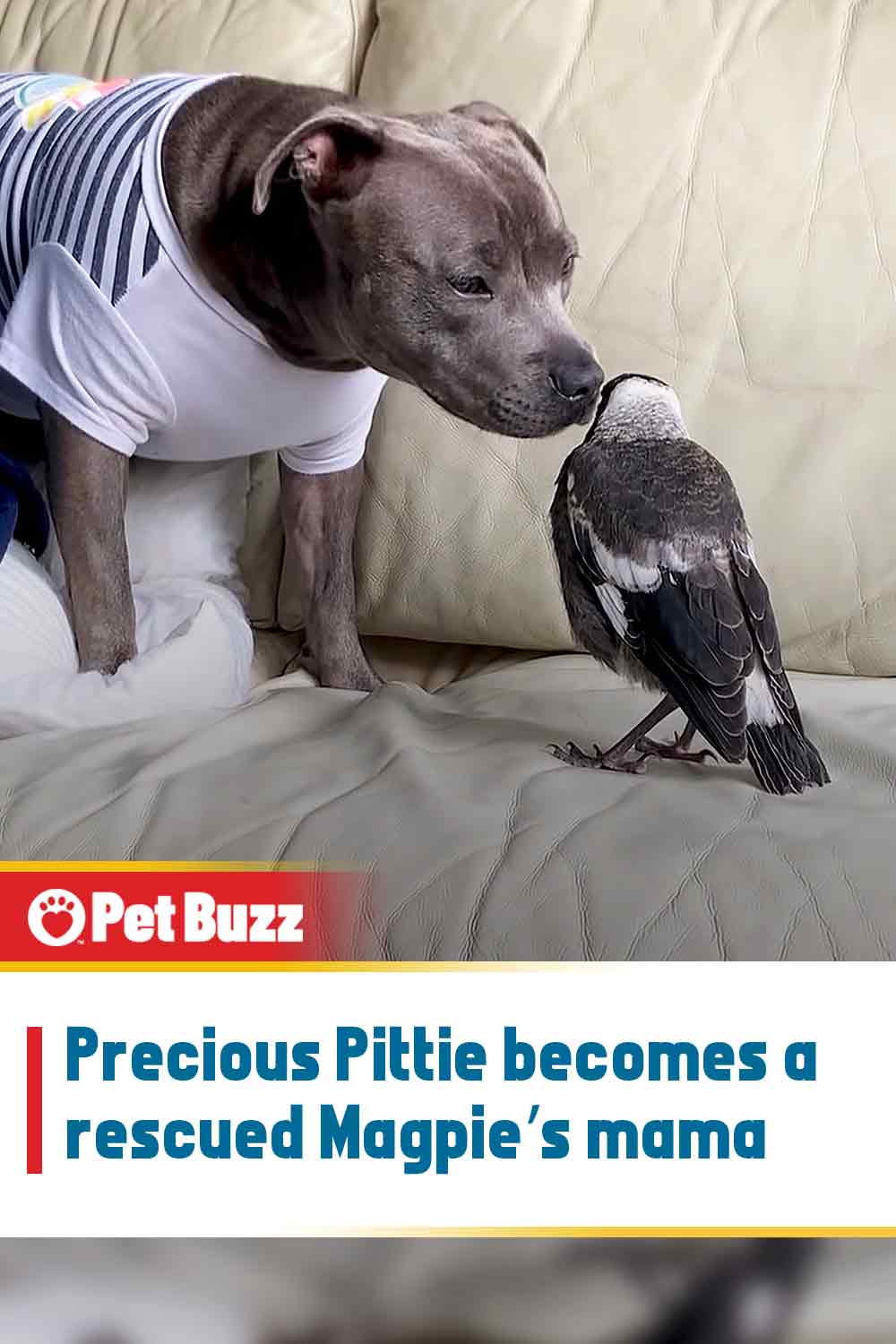