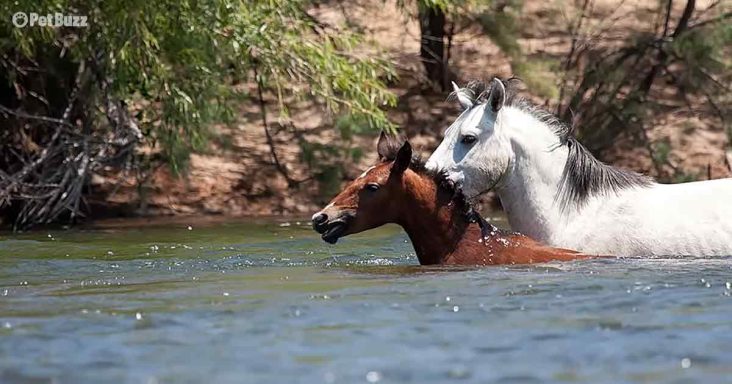 A wild stallion named Champ and his family were grazing along the banks of the Salt River in Tonto National Forest, Arizona, U.S.A. Suddenly, another group of wild horses arrived on the opposite side of the river.

Among them were two energetic colts playing with one another. The stallion’s family became quite interested and looked at the two young ones playing together. Even Champ was interested in them and looked along.

Intrigued by the two colts, a few horses started crossing the river. The river’s current forced one of the young fillies into the middle of the group. For a few moments, the foal was under the water.

The poor little soul was in a panic. That was when Champ tried to grab her by the side of her neck. However, he failed to succeed. The young filly was being swept downstream, and none of the horses could help the little one.

Champ broke off from the group to go after the foal. He quickly grabbed her by the neck again and nudged the little one. He did not let go of the young one until she was back on the shore.

The little one was so shaken up that she walked directly to her mother. Since everything was under control, Champ proceeded to cross the river. The wild stallions greeted one another like respectful old friends.

Upon his return, Champ greeted his family. Then, like a scripted ending to a fairy tale story, three birds landed on the brave stallion and his mare. Some people think horses don’t have a soul. However, the souls of the horses are much bigger than any man would ever know. 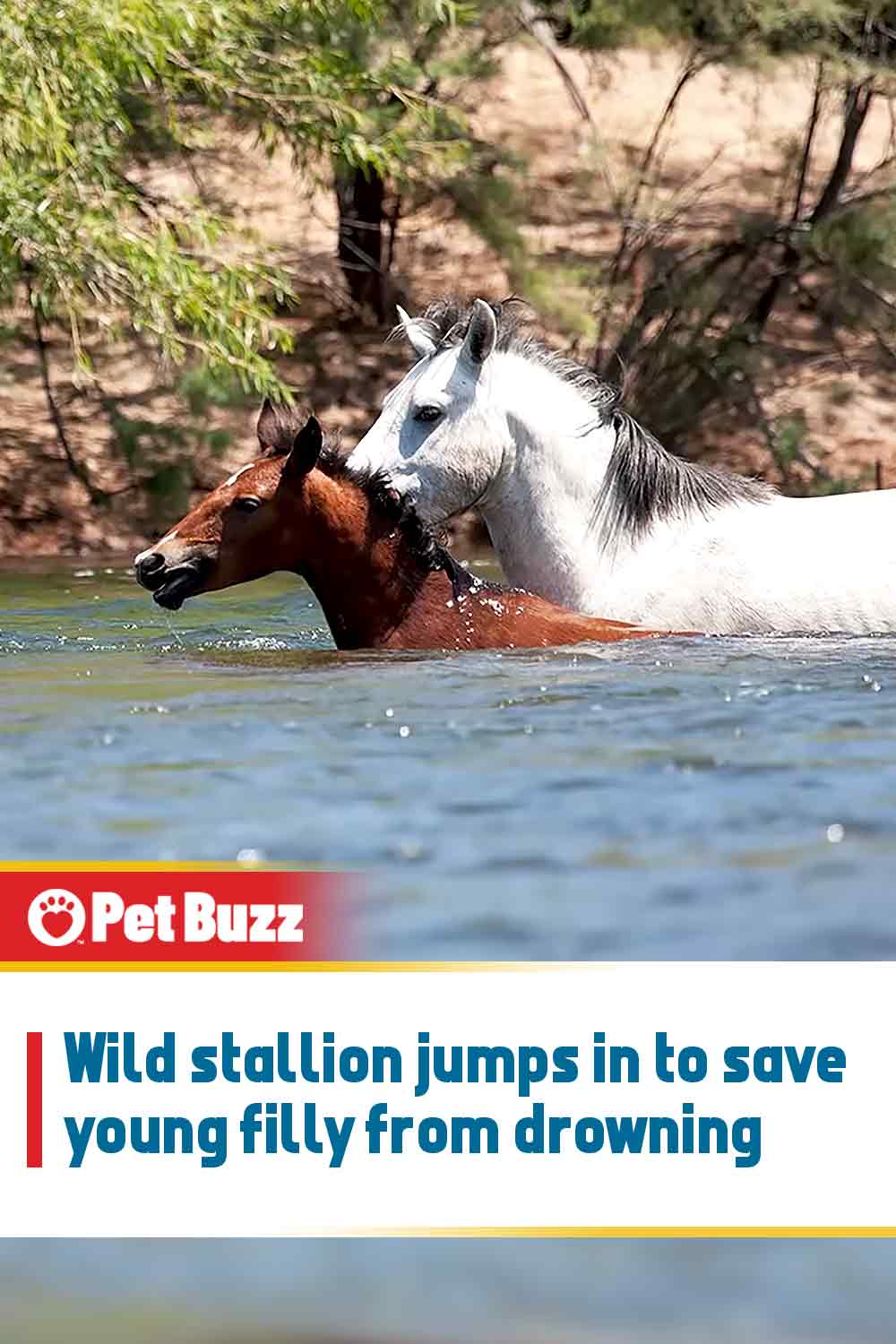