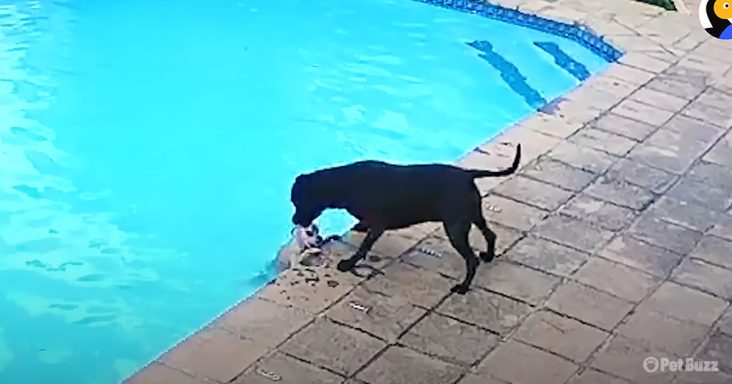 Inground pools can be a fun way to stay cool during the summer. But for pets, unprotected pools can pose a real danger to their safety, especially if they are too small to climb out.

Fortunately, this story of a tiny dog falling into the pool while his parents were gone has a happy ending. Thanks to Byron and Melissa’s dog, Jessie, everyone was safe.

The couple realized something was wrong when they came home from their appointment and noticed that their dog, Chucky, had a wet head. They knew something had happened, but they did not know what.

Melissa went to check the security footage to see what had happened. While they were at their appointment, the couple’s Chihuahua had slipped into the pool and started treading water.

Even though she knew her pup was safe, her heart hammered in her chest. “As I was watching it and [freaking] out, I just suddenly see Jessie come,” said Melissa.

Their Pit Bull Jessie hated the water, but she saw her sibling in danger. Jessie stayed beside Chucky every second, barking at him and trying to pull him free of the water.

For 34 minutes, the 13-year-old dog treaded water until finally, his canine savior pulled Chucky out of the water. “To see [Jessie] go from being the rescue dog to a rescuer is an amazing, amazing thing,” said Byron. 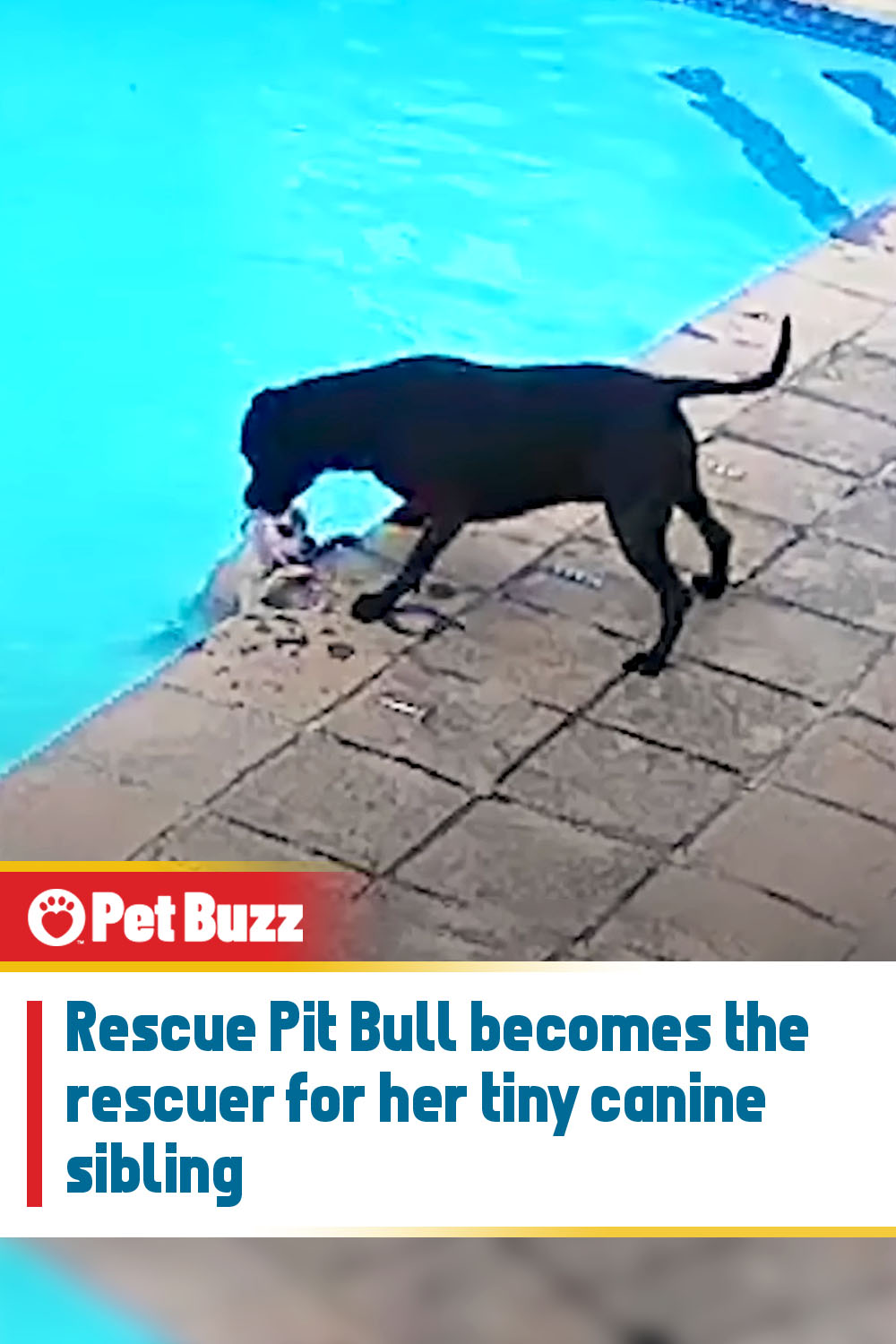