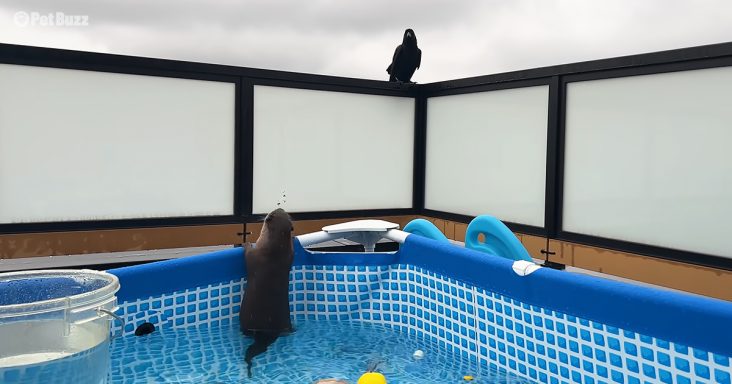 In the past year, a crow has been visiting Kotaro and Hana, two otters, while they are out swimming in their pool. They started calling him Mr. Crow.

One month ago, Hana was relaxing outside under the cloudy skies. She looked up and said hello to Mr. Crow. Kotaro and Hana hadn’t seen him in a while.

A week later, it was still grey because it was the rainy season. Both otters were swimming in the pool when Mr. Crow quickly passed by to say hello before flying away to his nest.

Five days passed, and it was raining hard, so Hana and Kotaro had to stay indoors. They wanted to go outside to swim, but it was pouring, and the thunder frightened Hana.

When the rain stopped, Mr. Crow was outside, but Hana and Kotaro were still inside. Once the otters went to the pool, the crow was already gone.

The rainy season was finally over a week later, and they even experienced record-breaking heat. Hana and Kotaro loved staying in the cool pool even more. Mr. Crow visited them, and he was feeling hot as well.

Hana watched Mr. Crow closely, then Kotaro surprised her from behind and started wrestling her. Mr. Crow flew away while the two otters played in the pool and forgot about their bird friend. 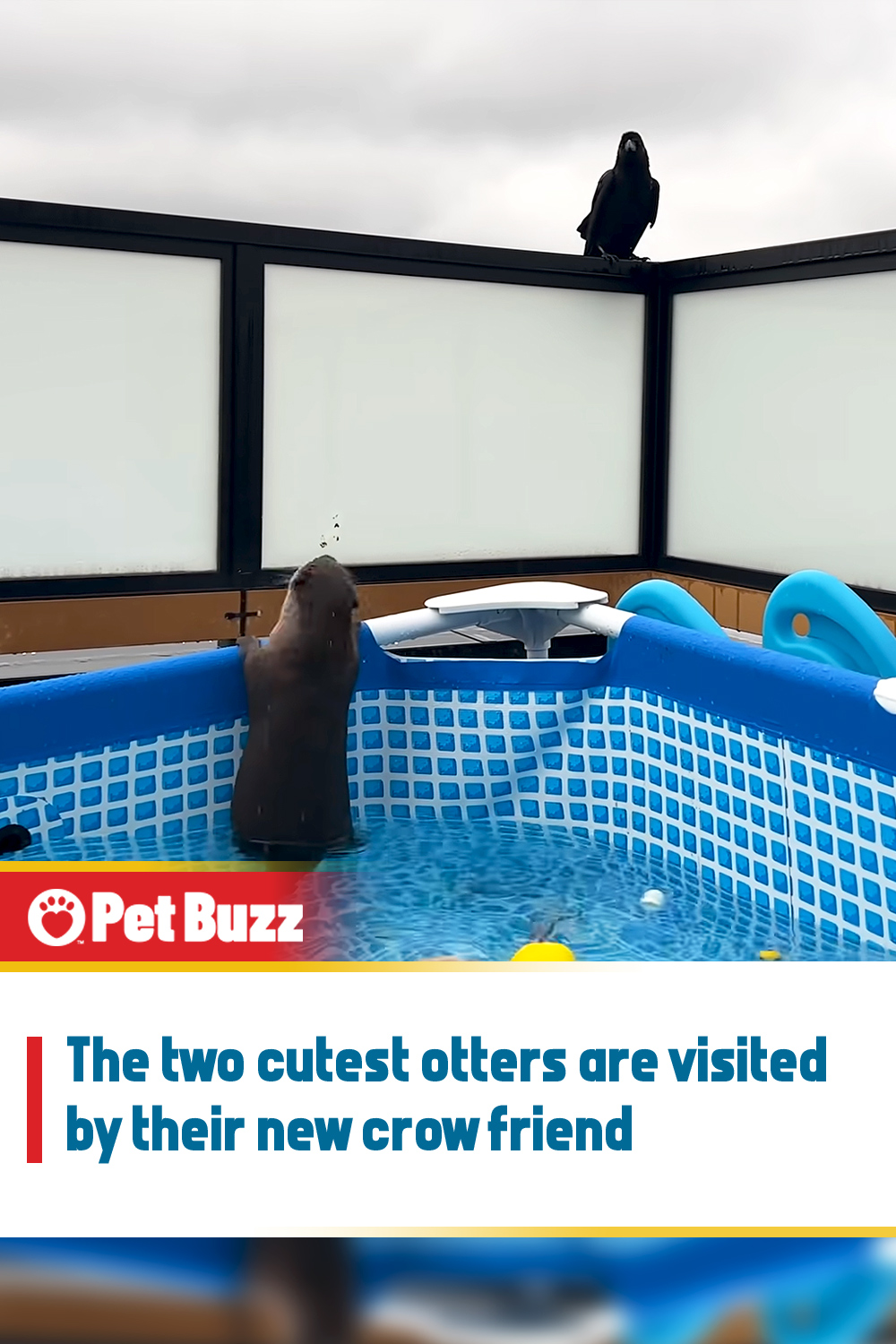