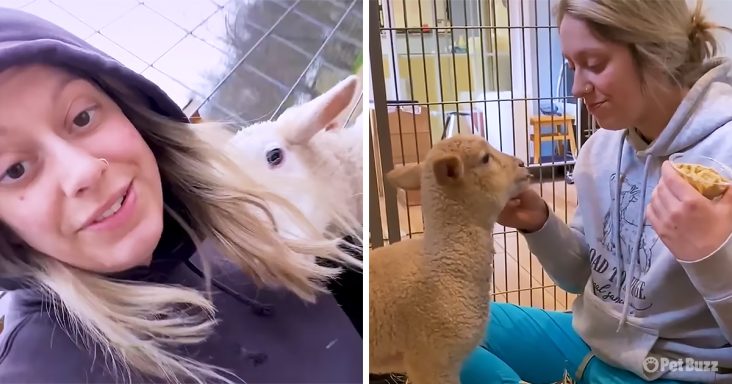 Graham is a baby rescue lamb obsessed with Megan’s coworker, Britney. Whenever Megan brought Graham to work with her, he played with Britney every lunch break.

Everyone at the office loved Graham, but he bonded with Britney the most. He enjoyed headbutting her, and she would sit on the floor with him for over an hour.

Graham was not rough with Megan; she believed it was because he saw her as his loving mother. Megan worked for Road 2 Refuge sanctuary, and Graham was surrendered to her.

When Graham first came to Megan, he was in a lot of pain because one of his legs was broken. Megan was thankful for the opportunity to help him.

After Graham’s surgery, he recovered well but was way too energetic and wild. He would have delayed the healing process because he was jumping and climbing everywhere.

Megan started taking Graham to work to keep an eye on him. He stayed in his pen in the morning and played with Britney during lunch. Then he slept all afternoon because he was exhausted.

Several months later, Graham was brought to live outside and made new friends with other sheep. Graham no longer went to the office, so Britney asked for updates about him from Megan. 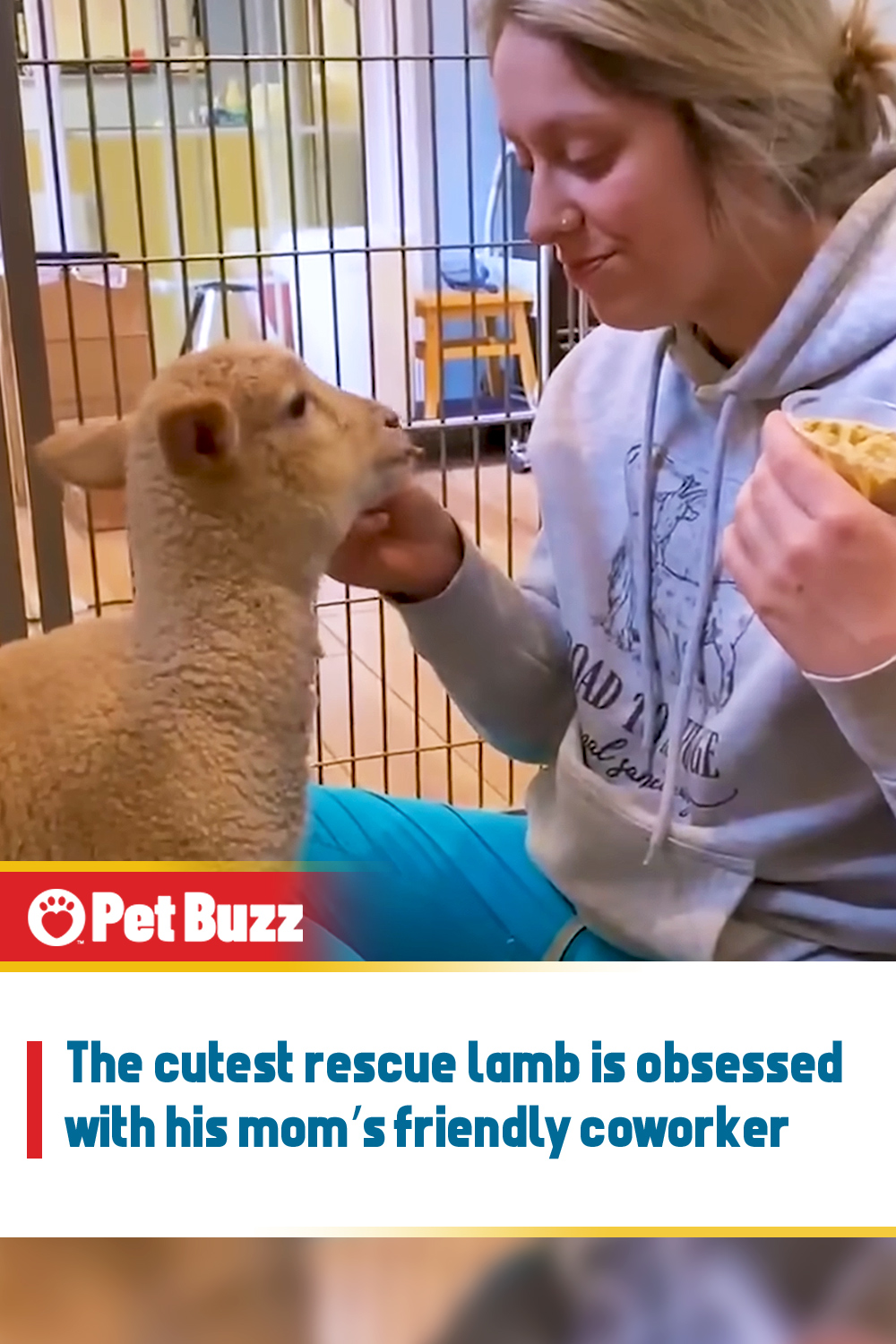