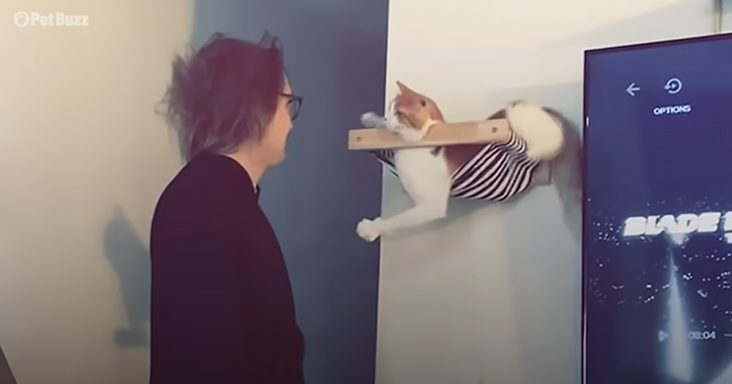 Ben and Kelsey may slightly regret building a jungle gym for their cat Percy. Before the shelves were put up, Percy loved to climb on top of everything in sight.

He used to sit on top of doors and act as an apex predator in his natural environment. Ben and Kelsey then had the idea to put up places on the wall for Percy to move around on.

It brilliantly worked for the most part. Usually, out of nowhere, a swipe will come from high above when Ben or Kelsey is turning the corner.

That led them to think perhaps they had made a horrible mistake. Percy will grab Ben’s hat and hold onto it for a bit whenever Ben passes by before dropping his treasure.

For a while, it was fun, then the novelty wore off, and they tried to give Percy his own beanie. He was not pleased with it, and it did not help.

Every time Ben goes around the corner, he is on his toes, and sometimes the hats accumulate below Percy’s perch if they do not put them away.

Percy is like a troll who collects hats and hoards them beneath him. Ben and Kelsey love to see him enjoying himself, but Ben’s thinning hair may regret it. 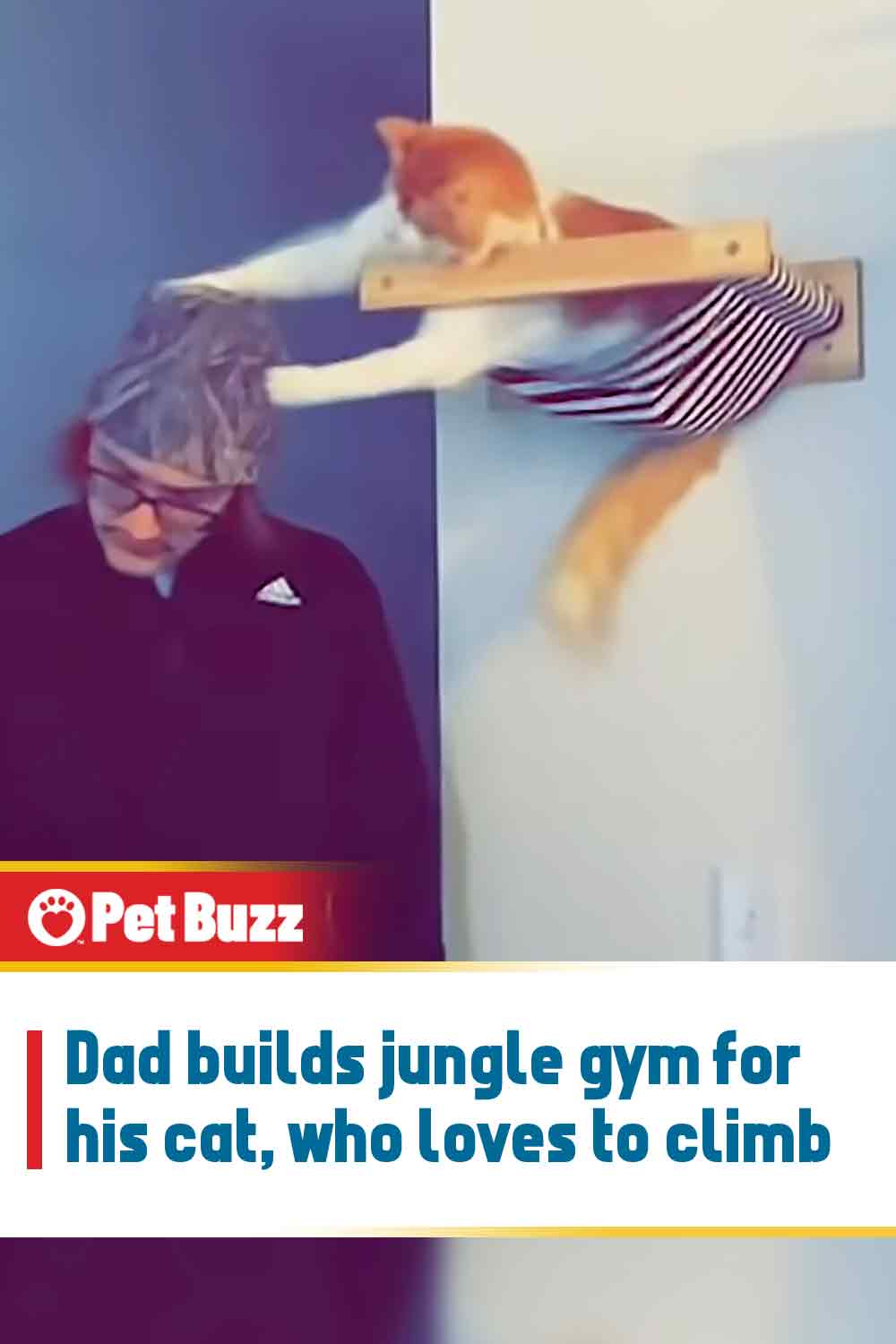