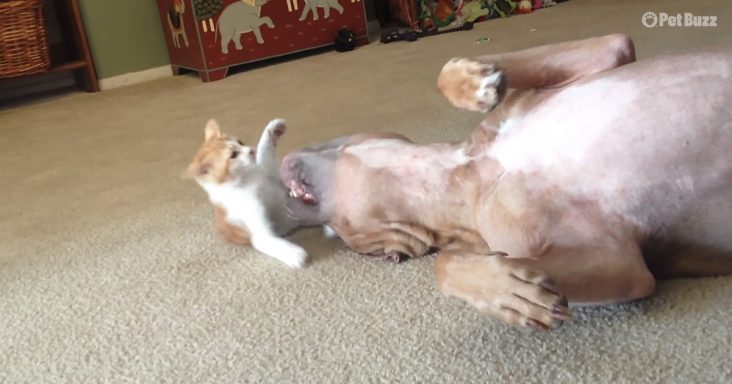 Haven, a kitten, “ferociously” and adorably attacked an innocent Pit Bull named Apollo. It was a calm and sunny scene in the living room when suddenly Haven ambushed his best friend. 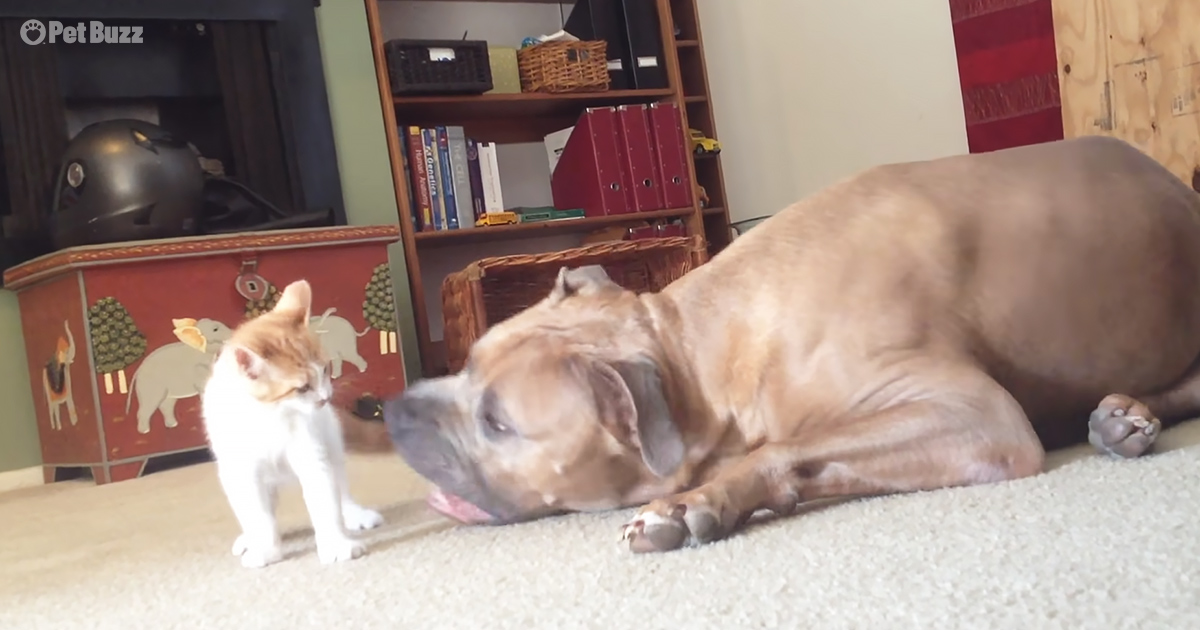 Apollo was caught off guard. The massive Pit Bull, who was a colossal giant to Haven, didn’t seem to stand a chance against the sneaky feline. The victor could be decided in a matter of seconds.

They fought on a soft carpeted floor, and Apollo rolled onto his back. He looked at Haven while his world was turned upside-down. Haven planned his attacks carefully. 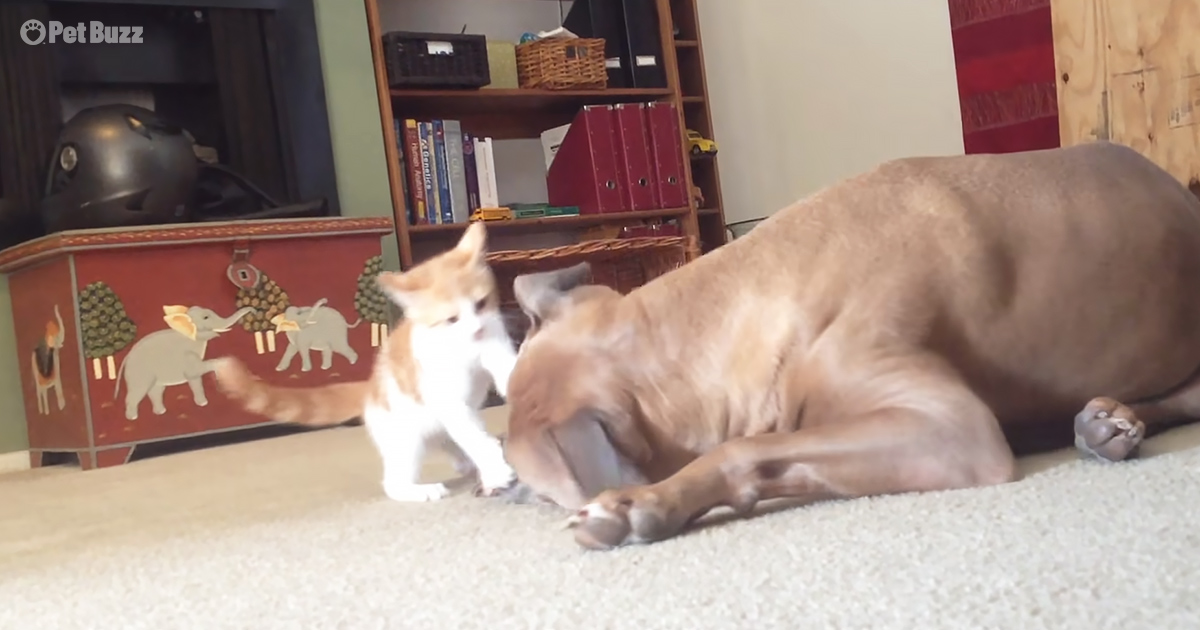 He looked at all the possible angles and took each one as quickly as possible. Haven pounced onto Apollo’s face and leaped back so there would be no retribution.

Haven could tell he was winning because Apollo’s belly was exposed, and his mouth was wide open as if he was exhausted. All the kitten had to do was keep attacking. 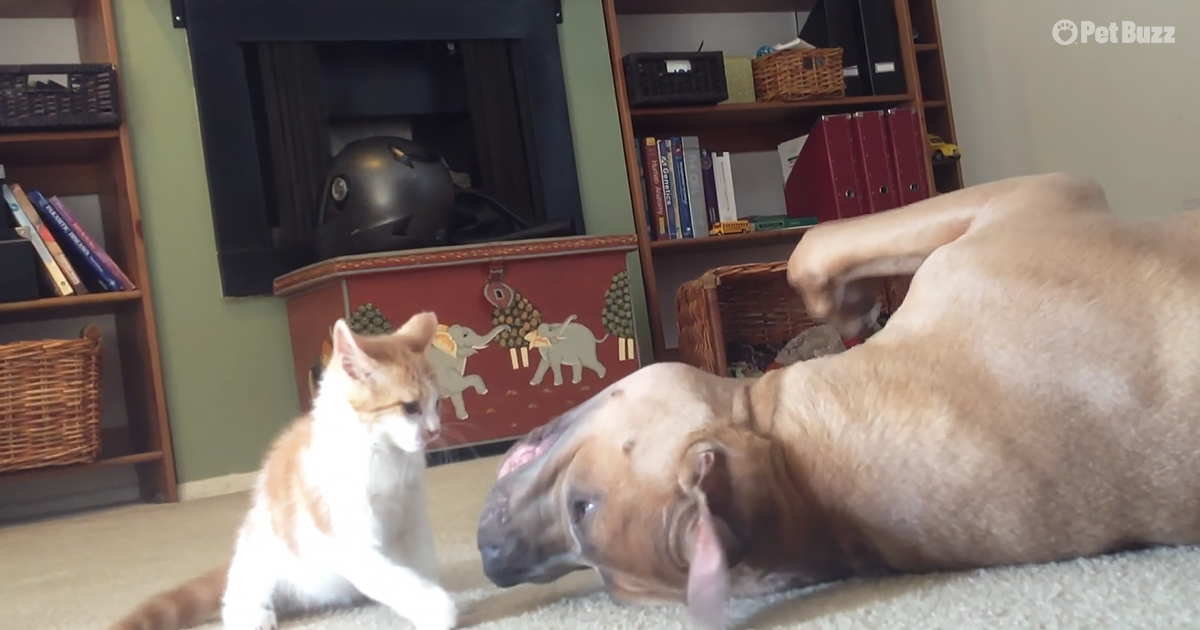 Apollo let Haven repeatedly take playful swipes at his face. Since he knew his strength, Apollo never put any pressure on his bites. He made Haven feel strong and had fun with his tiny feline friend.

Obviously, Haven didn’t know that Apollo was holding back. To Haven, it was a fair fight that turned out to be a stalemate from his perspective. 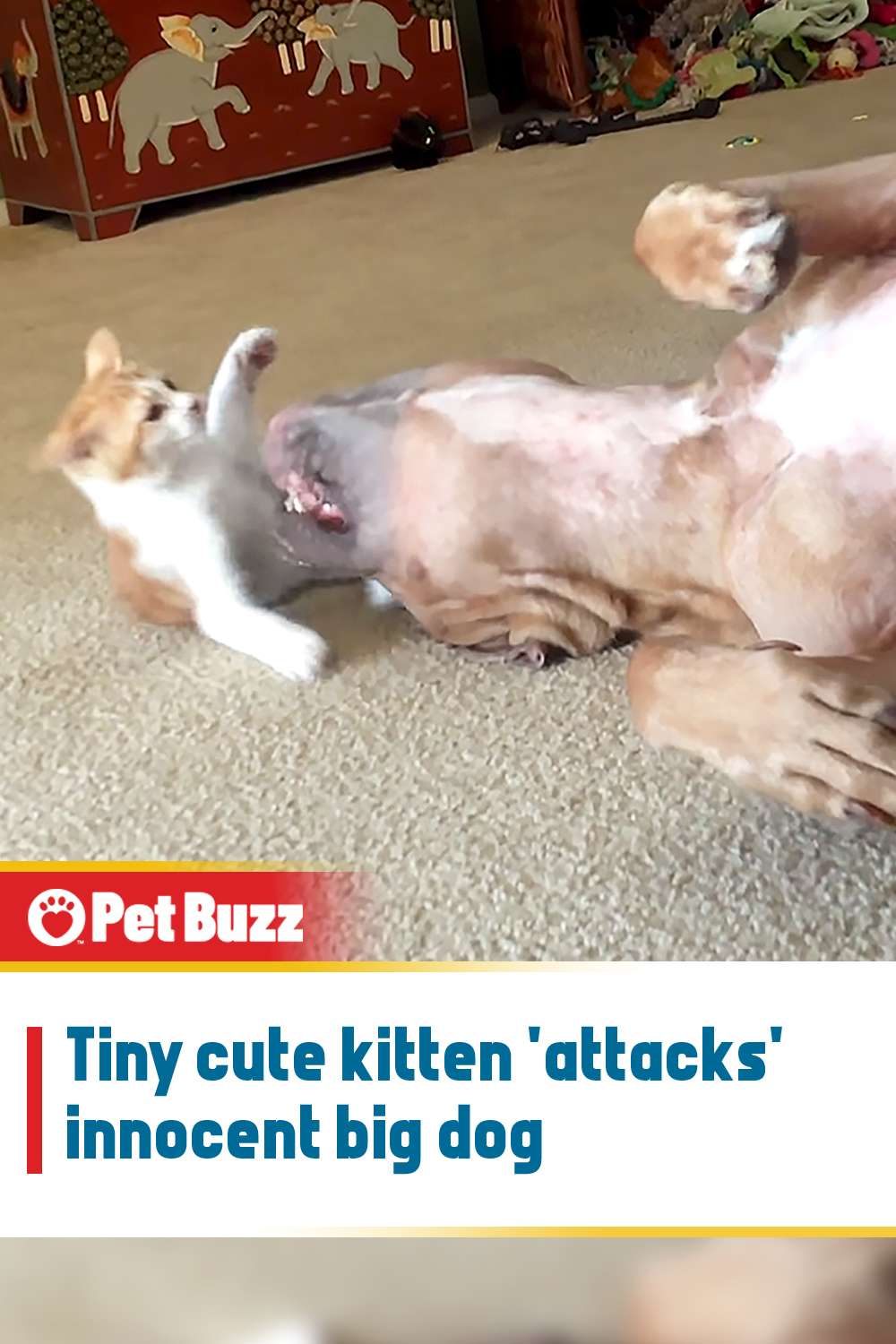