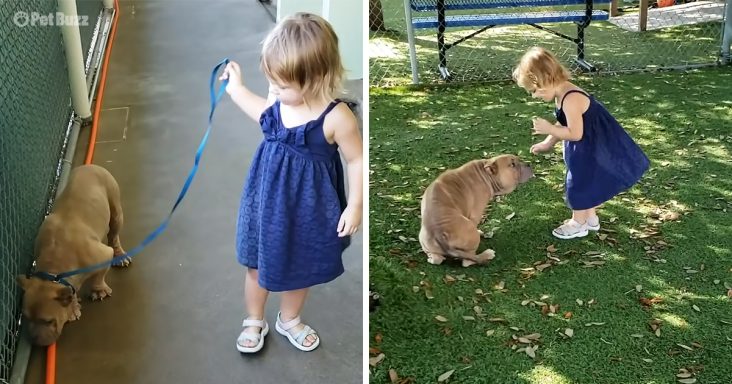 At many animal shelters, the chance of a sick dog finding a home is slim. That was the case for the nameless Pit Bull at the adoption center where Audra Spurio brought her two-year-old daughter. 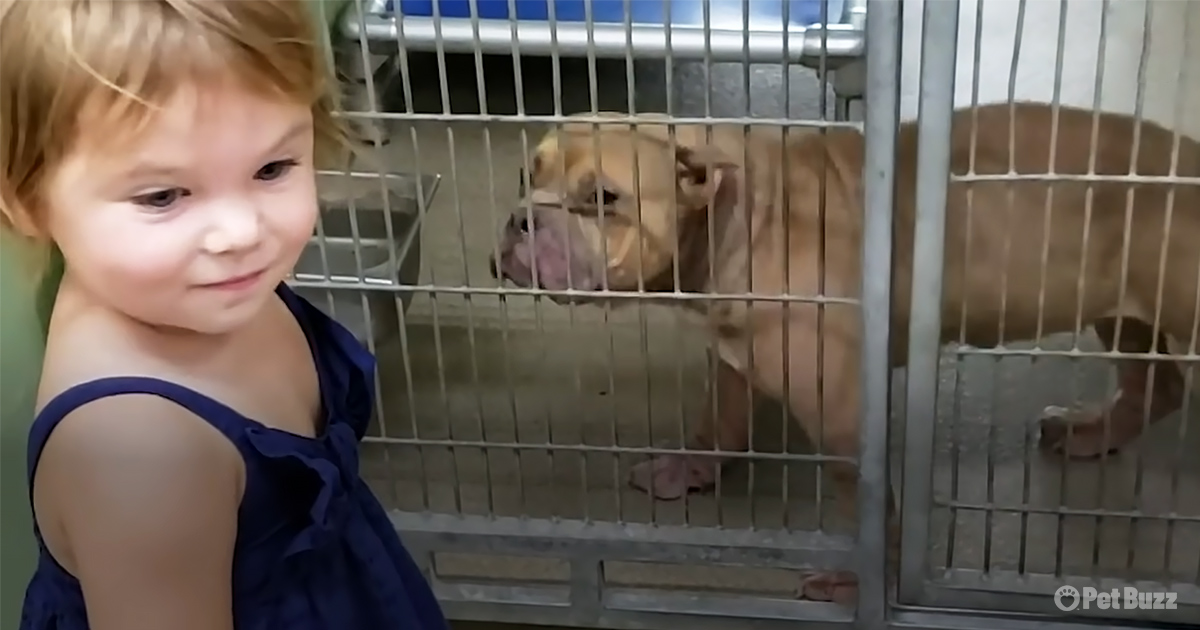 When they arrived, the two-year-old, G, was immediately interested in the nameless puppy. She was shivering at the back of her kennel, had terrible mange, and looked like she was not long for this world, but G insisted she was the one.

G pulled Audra over to the dog, insisting in her toddler voice that the sick puppy was the one they had to bring home. Even after Audra showed G other puppies, the toddler returned again and again to the ill pup. 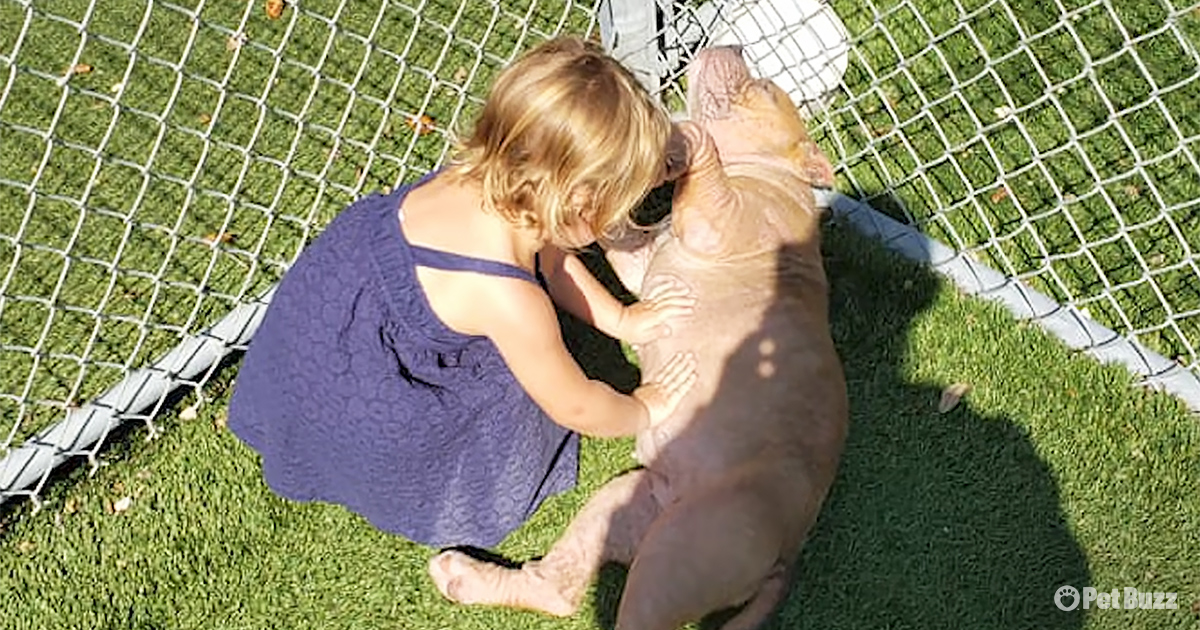 Finally, G showed just how compassionate she was with six words. “Let the doggy out. Need help,” G said. Out of all the dogs in the shelter, G wanted to rescue the one that needed help the most.

The emotional connection went in both directions. The puppy knew she was with someone who cared about her. “I watched this fearful dog melt into G’s hands,” said Audra. “She would not let my daughter leave her side.” 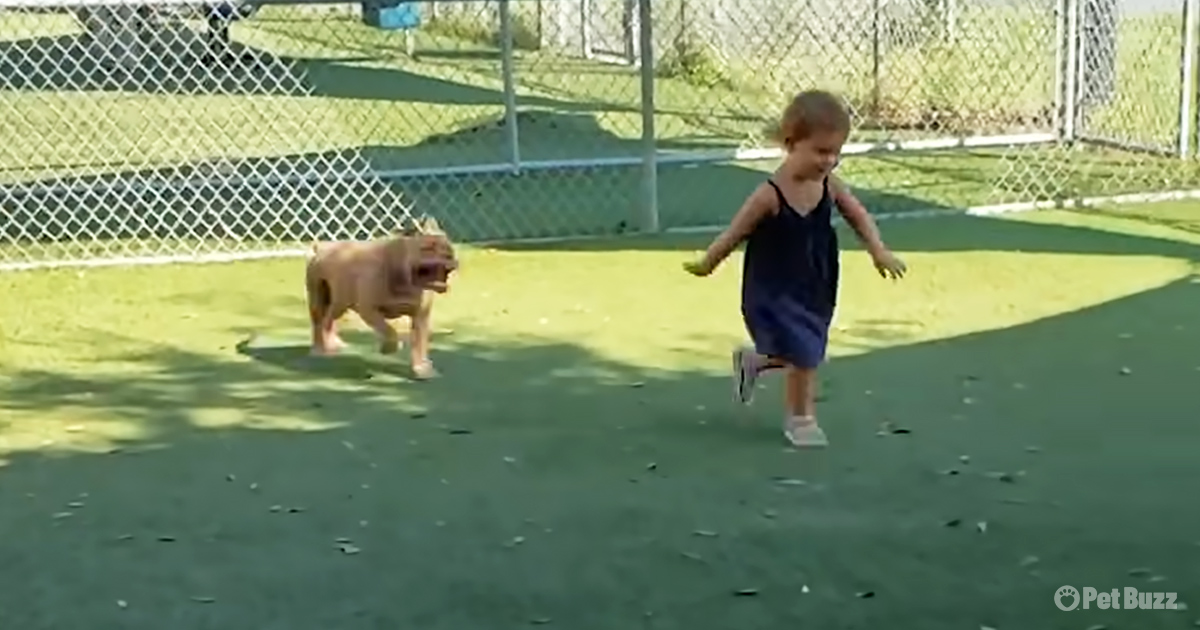 Audra knew she could not leave this puppy behind. “Sick doggy. Need help. Go home,” G said. So, they gave the Pit Bull the name Scarlett and brought her to her new forever home.

Within a week, Scarlett’s sickness melted away, but that did not change her connection with G. “Scarlett is now at home and feeling much better,” said Audra. “And she still won’t let G out of her sight.” 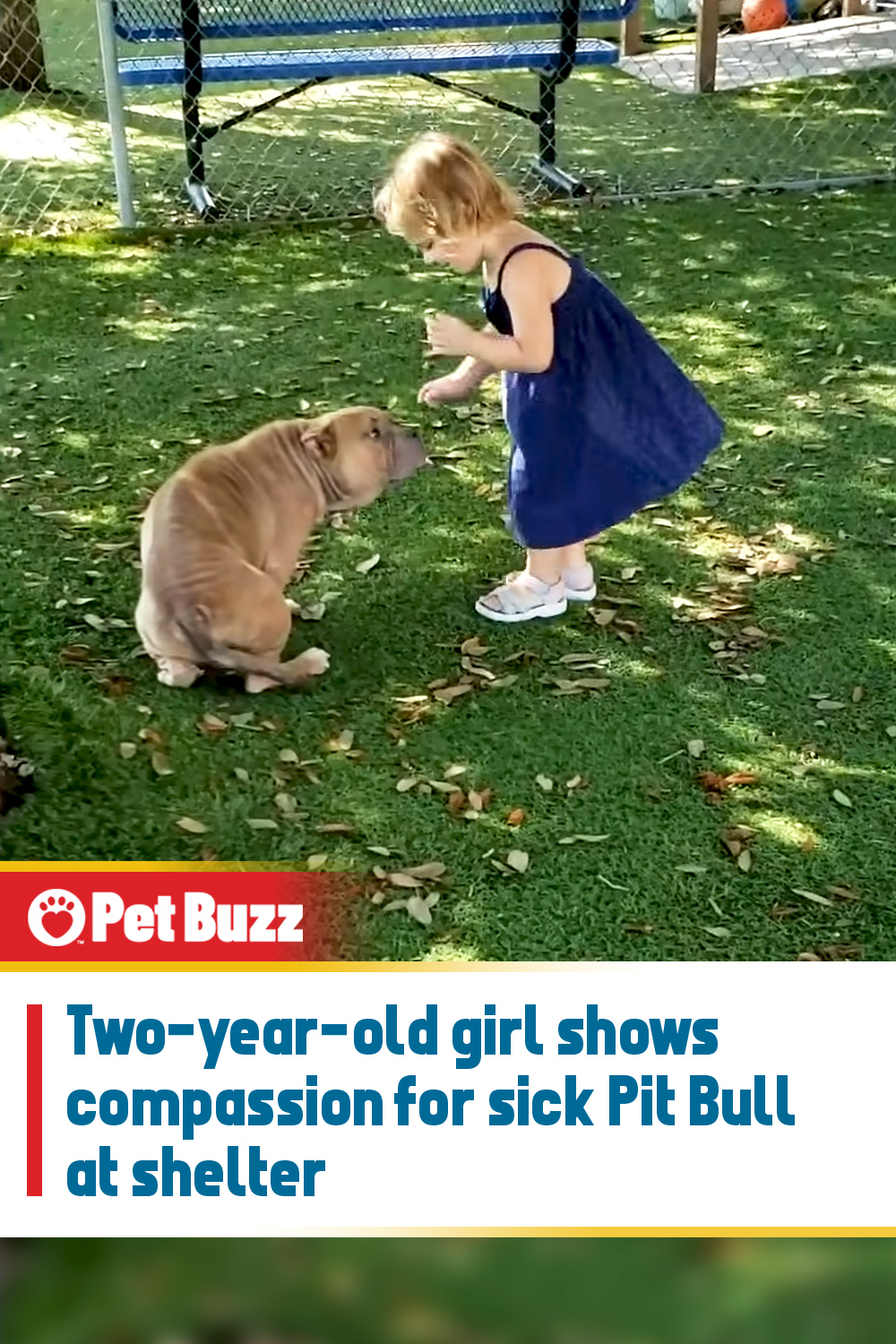