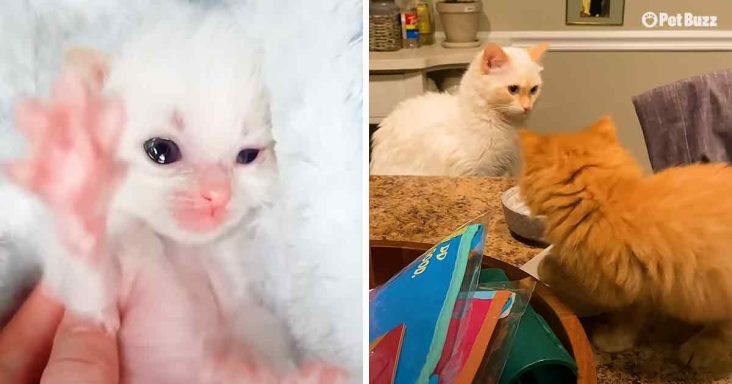 Jennifer took home a two-day-old kitten named Hank, and after a few months, Hank became an older sister to another kitten. Hank weighed only 2 ounces when Jennifer got her.

She was showered with lots of love and affection to get bigger and stronger. At six days old, Hank could not stop cuddling with her mom.

Hank likes to sleep with her toys, and when she was ten days old, her eyes opened for the first time. Poppy, Jennifer’s black cat, wasn’t too sure about her new sister.

There was significant progress as Hank was slowly gaining weight. She was eight ounces, and her favorite place to be was wrapped in a fuzzy blanket. Hank loved all the attention she got.

After 20 days, Hank weighed 16 ounces and slowly bonded with Poppy. Eventually, the two cats were inseparable. Jennifer also enjoys taking Hank on car rides so she can see the world.

When Hank was two months old, she weighed 32 ounces, and at three months, she was introduced to her new kitten sister, Cheese. Hank and Cheese met and got to know each other.

Poppy had another kitten to get used to while Hank showed Cheese around the house. Cheese was clumsy, and Hank was fascinated by her new sibling. 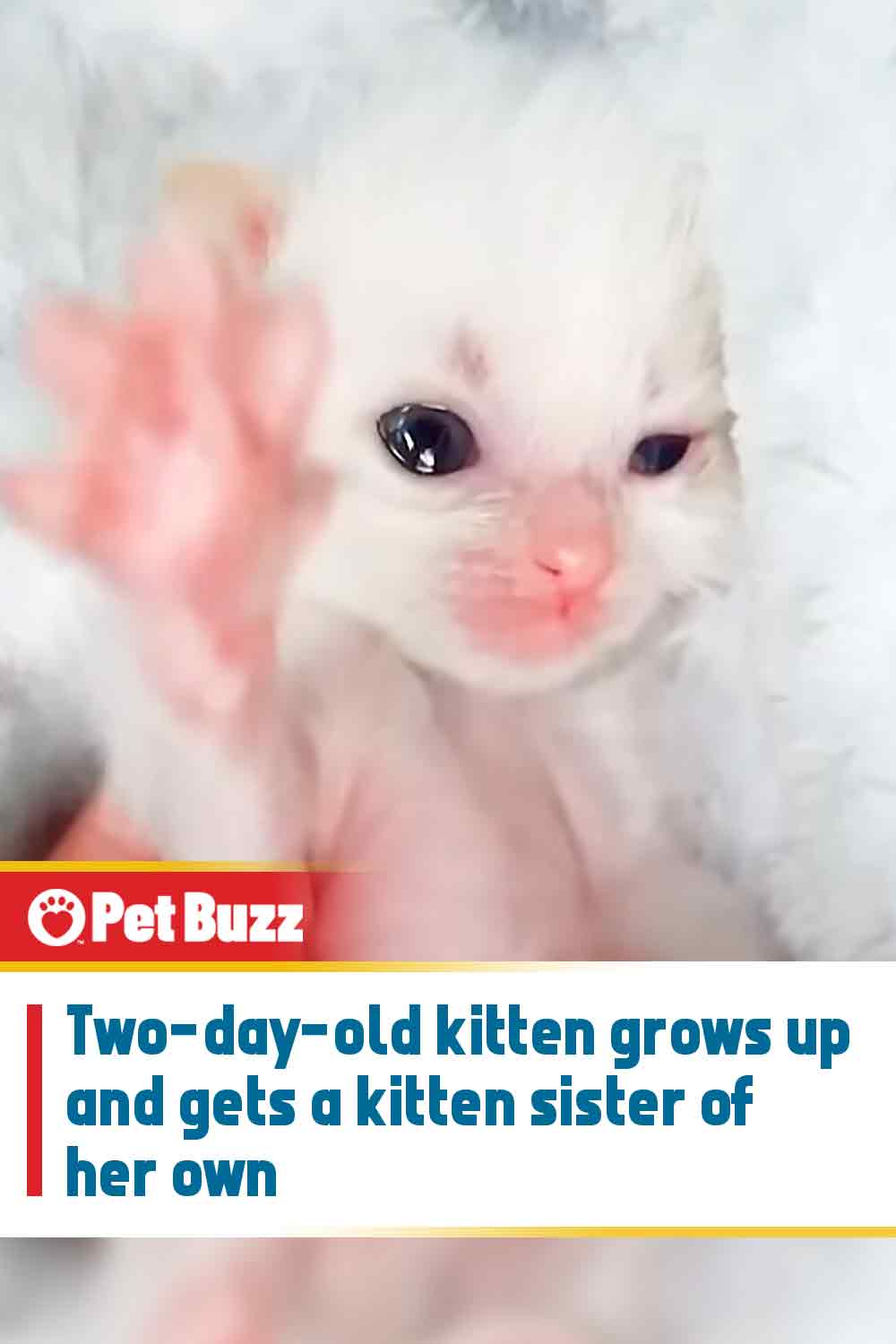