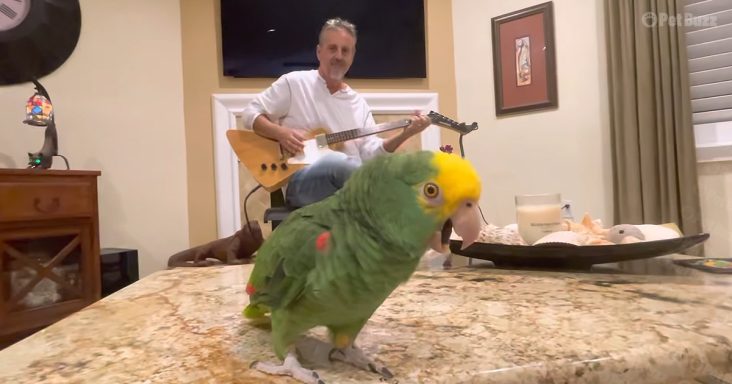 Tico, the singing parrot, put on one of his best performances when Frank Maglio covered Cheap Trick’s ‘Surrender.’ Frank channeled Rick Nielsen as he played the guitar for his parrot friend.

The two of them took their places in the living room. Tico was on the table that was his stage and behind him was Frank sitting on a chair with a guitar on his lap.

Tico’s eyes looked straight ahead at his adoring fan behind the camera. Frank wore a white shirt, and Tico boasted his green, red, and yellow feathers. Then Frank began to play.

Every time they perform, Frank pays very close attention to Tico’s mood and behavior. He allows himself to adjust to the parrot’s performance, and Tico is definitely the star of the show.

Tico uses the table as his stage and walks around while he sings. His voice is phenomenal, and he played around with different vocal tricks. There was never a lull during the song.

Frank encourages Tico to keep going as they play off each other. Tico becomes more excited and hits all the high notes flawlessly. Their duo is exceptional and fantastic.

Frank slowly tapped the guitar’s strings by the end of the song, and Tico wasn’t ready to end yet. Tico sang a few more notes, and Frank kept playing along until he was finished. 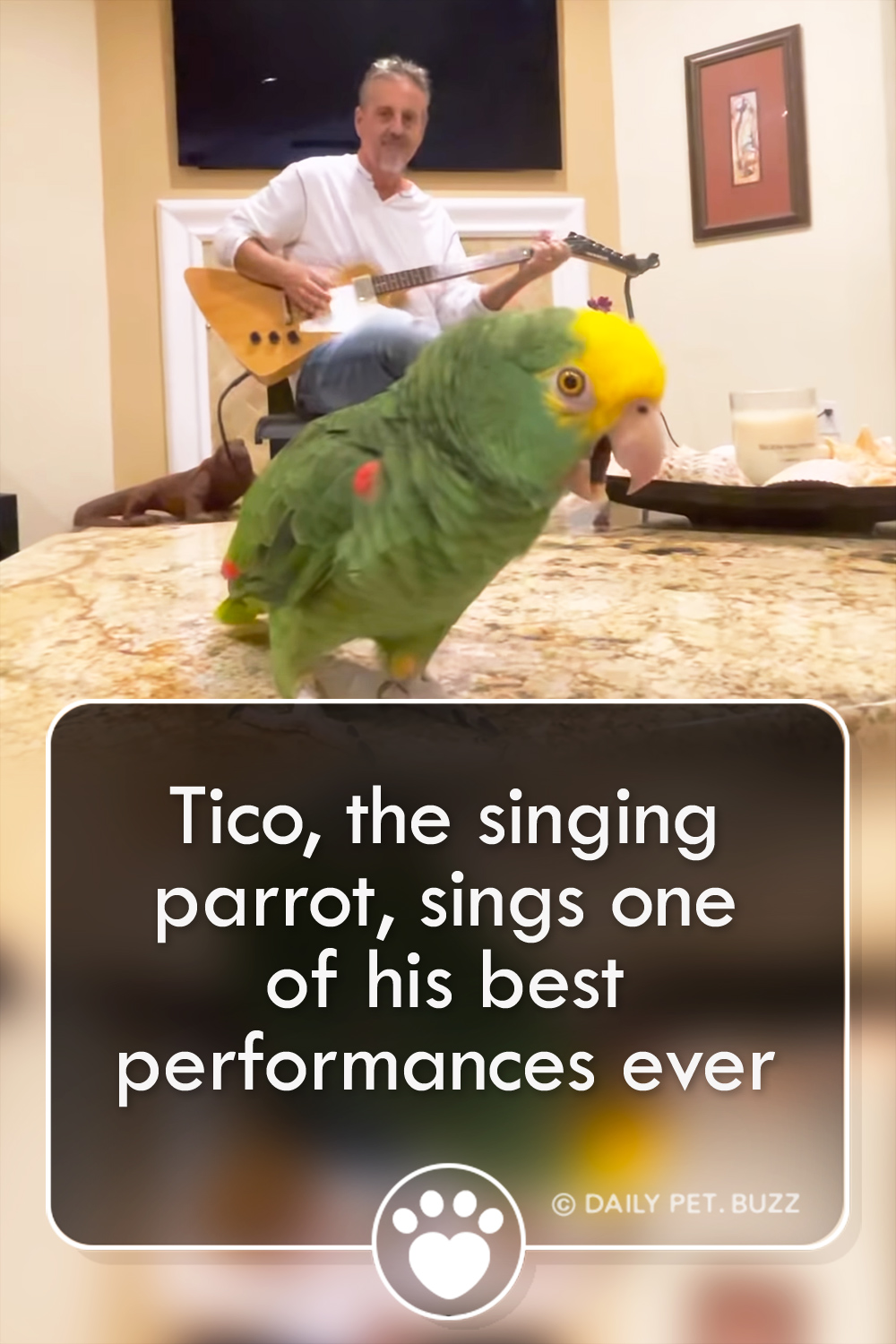