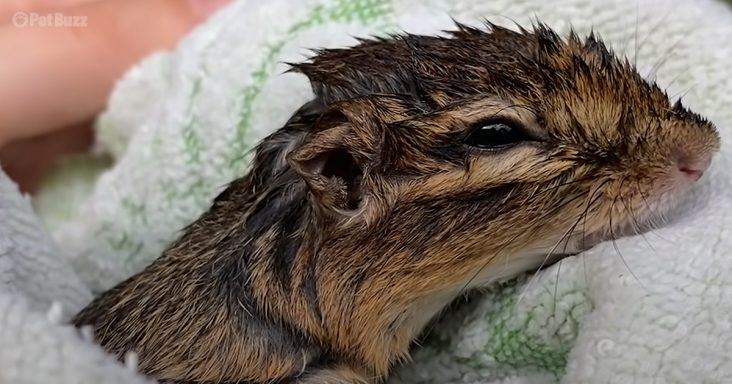 When Krissy found a shivering chipmunk in a kiddie pool, she knew she had to save him. At first, she thought that he was a duckling because he was drenched with water.

Then she picked him up and wrapped him up in a towel, and dried him as gently as she could. Krissy said that it seemed that he knew that she was there to save him.

She placed the chipmunk, who she called Chippy, in a nice box with a towel so he could stay warm. While he rested, Krissy called her local wildlife rehabilitator for some advice.

They told her to give him water and food, and he should recover fine after some time. Krissy placed duck food and water in his box, and he was alright for a while.

When Chippy started to shake, she became really nervous. It seemed that he was in shock and couldn’t move. Krissy felt relief when he began to move normally again.

Chippy started to drink water, and he walked around the box. All of the signs were pointing towards his recovery. He began to eat, and Krissy stepped out for a moment.

When she returned after half an hour, Chippy was gone, and he had returned to the wild. She still sees him, and she knows it’s him because he pauses when they look at each other. 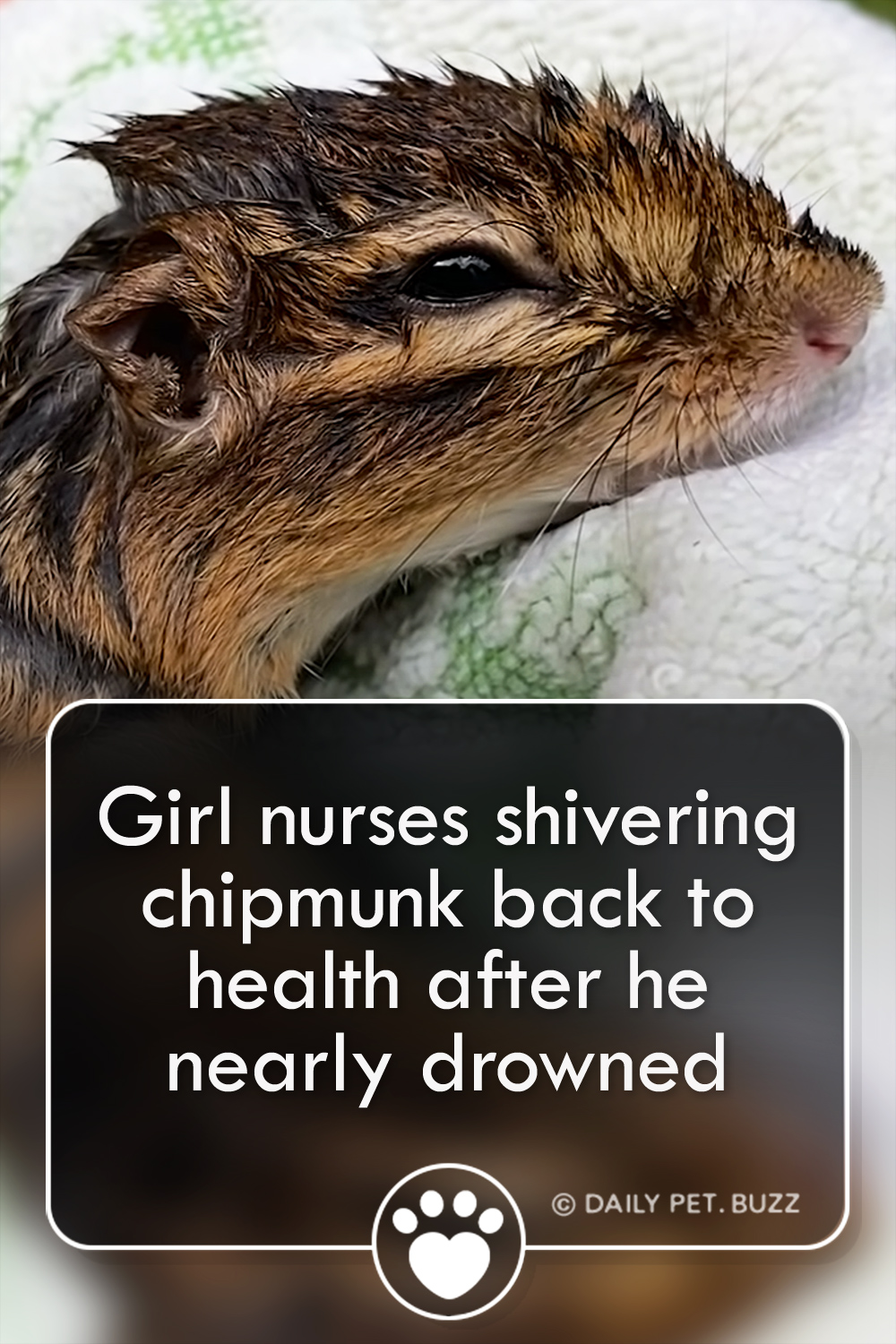